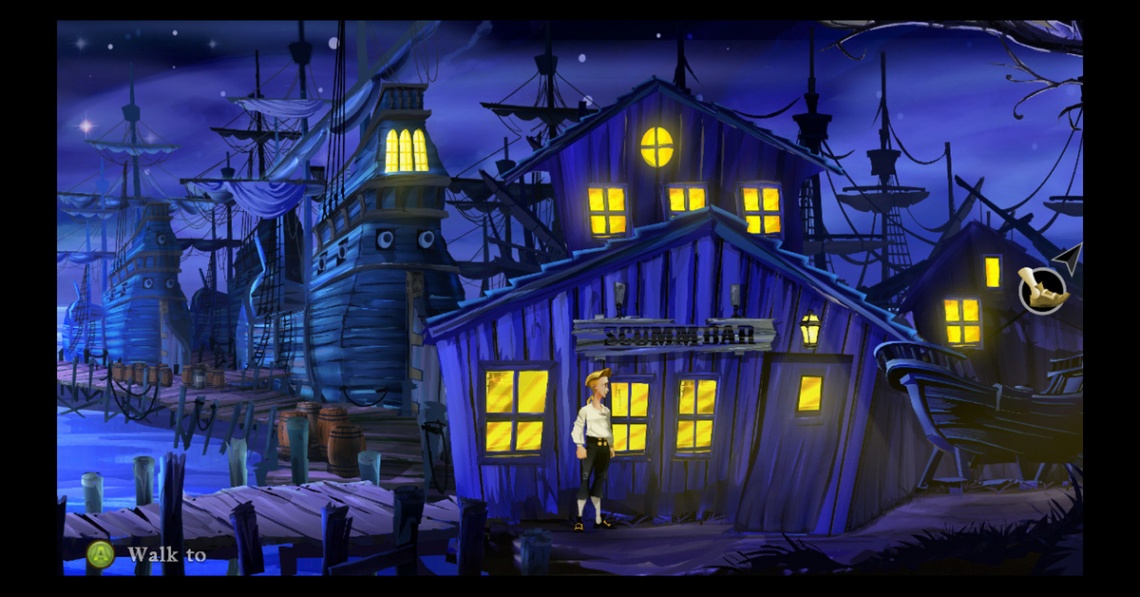 adventure
point and click
Release: 2009
Like its predecessors, Tales of Monkey Island is a graphic adventure game; the player assumes the role of the protagonist in an interactive story, which is driven by the exploration of the game's three-dimensional (3D) environments and by solving puzzles.[14] These puzzles are traditional adventure game conundrums that require the player to use the environment, or items that have been found and stored inside the game's inventory, to accomplish goals.[14] In keeping with previous Monkey Island games, Tales of Monkey Island allows players to combine certain items to create new items;[14][15] for instance, the player can combine a number of voodoo ingredients with a cutlass to produce a magical cutlass.[16]
The game world is explored with a PC keyboard and mouse, or the Wii Nunchuk's analog stick.[14] Contrary to previous Telltale adventure games, the player holds and drags the mouse to move Guybrush, rather than point and clicking.[17] The WASD keys or the arrow keys may instead be used to move Guybrush. Like other Monkey Island games, Tales of Monkey Island is designed to prevent the player from meeting a dead-end, such as the death of the player character.[18] Each of the game's chapters is an estimated two to four hours in length, depending on the player's ability to solve the puzzles.[14] A hint system can assist struggling players.[14]
The first chapter of the game includes a "treasure hunt" mode,[19] where the player directs Guybrush through a maze-like jungle in pursuit of hidden treasure. Found treasures translate into prizes and discounts on Telltale's website. To access this mode, the player must locate maps on the Internet, hidden on the official Telltale website and three participating Monkey Island fansites.[20] 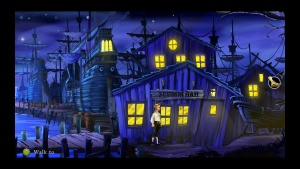 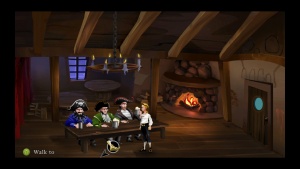