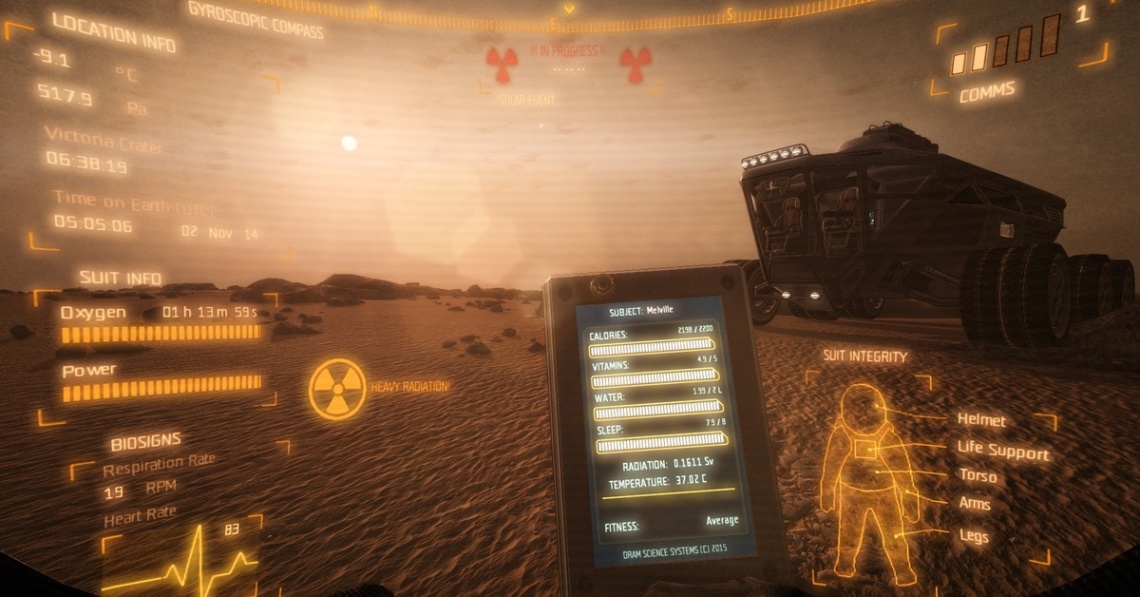 simulation
Release: 2017
Explore the rocky terrain and sandy wastes of the Red Planet. With a scientific arsenal at your disposal,
Bohemia Interactive’s Take On Mars places you right in the middle of mankind’s most exciting undertaking.
Start out in the seat of a rover operator, finish as the first human to have ever set foot on Mars.

SPACE PROGRAM SINGLEPLAYER CAMPAIGN
Command rovers, landers, or probes, over a distance of hundreds of millions of kilometers - and collect important scientific data about Mars. Or take on the role of astronaut Mark Willis in the first manned mission to Mars.


Mars
Also known as the Red Planet, Mars has been the object of human curiosity for decades. Located at an average distance of 225 million kilometer from Earth, it is the second smallest planet in our Solar System, and is primarily composed of silicate rocks and metals. Many geologists have speculated about the presence of liquid water on the planet. But while this would answer hundreds of scientific questions about the Universe, and even the search for extra-terrestrial life, solid evidence has yet to be found.

Rovers & Landers
Standing at the center of a billion-dollar enterprise, Mars Rovers and stationary landers belong to humanity’s greatest achievements in space engineering. They are designed to withstand unforgiving Martian terrain and weather conditions, while the cutting-edge instruments on board are designed to perform complex analysis tasks, and transmit the results back to Earth.

Manned Mission
Even though we are still years away from sending the first humans to Mars, some scientists believe it will be possible as early as 2023. The challenges involved include a range of technological, financial, physical and even psychological factors. Regardless, being able to witness the first manned mission to Mars is considered the number one fantasy of any space enthusiast.
Read Full Description
Save & Play Game Later
Images & Video 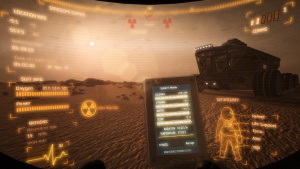 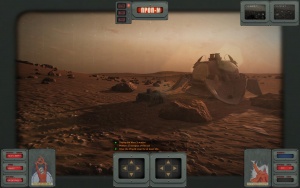