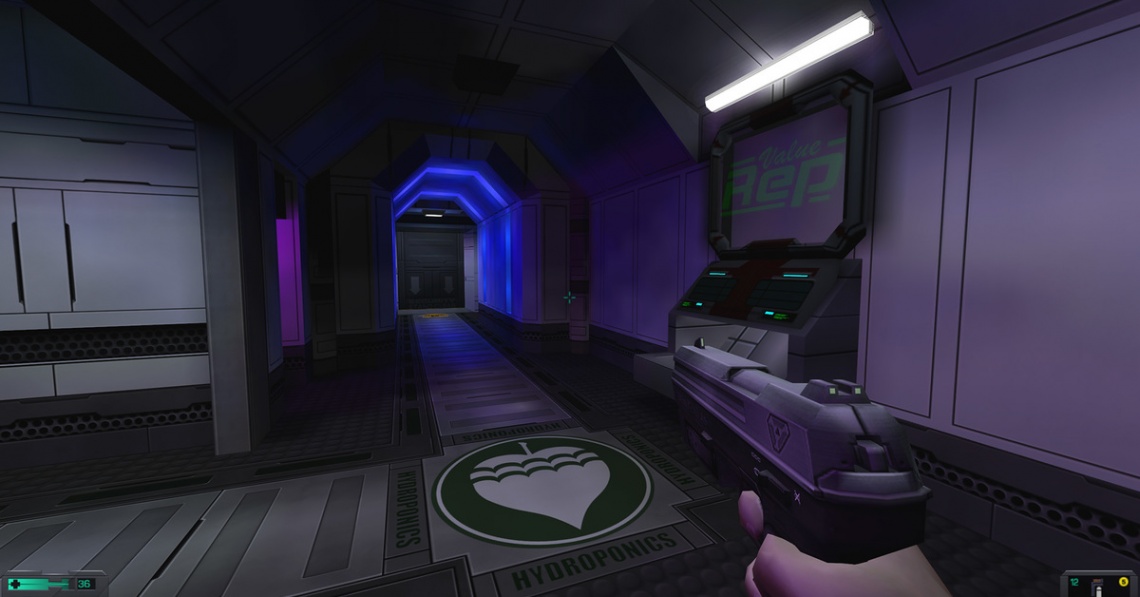 fps
rpg
sci-fi
Release: 1999
As in its predecessor, System Shock, gameplay in System Shock 2 is an amalgamation of the action role-playing game and survival horror genres. The developers achieved this gameplay design by rendering the experience as a standard first-person shooter and adding a character customization and development system, which are considered as signature role-play elements. The player uses melee and projectile weapons to defeat enemies, while a role-playing system allows the development of useful abilities. Navigation is presented from a first-person view and complemented with a heads-up display that shows character and weapon information, a map, and a drag and drop inventory.
The backstory is explained progressively through the player's acquisition of audio logs and encounters with ghostly apparitions. At the beginning of the game, the player chooses a career in a branch of the Unified National Nominate, a fictional military organization. Each branch of service gives the player a set of starting bonuses composed of certain skills, though may thereafter freely develop as the player chooses. The Marine begins with bonuses to weaponry, the Navy officer is skilled in repairing and hacking, and the OSA agent gets a starting set of psionic powers.
The player can upgrade their skills by using "cyber-modules" given as rewards for completing objectives such as searching the ship and then spend them at devices called "cyber-upgrade units" to obtain enhanced skills. Operating system (O/S) units allow one-time character upgrades to be made (e.g. permanent health enhancement). An in-game currency called "nanites" may be spent on items at vending machines, including ammunition supplies and health packs. "Quantum Bio-Reconstruction Machines" can be activated and reconstitute the player for 10 nanites if they die inside the area in which the machine resides. Otherwise, the game ends and progress must be resumed from a save point.[6] The player can hack devices, such as keypads to open alternate areas and vending machines to reduce prices. When a hack is attempted, a minigame begins that features a grid of green nodes; the player must connect three in a straight row to succeed. Optionally, electronic lock picks, called "ICE-picks", can be found that will automatically hack a machine, regardless of its difficulty.
Throughout the game, the player can procure various weapons, including melee weapons, pistols, shotguns, and alien weapons. Non-melee weapons degrade with use and will break if they are not regularly repaired with maintenance tools. There are a variety of ammunition types, each of which is most damaging to a specific enemy. For example, organic enemies are vulnerable to anti-personnel rounds, while mechanical foes are weak against armor-piercing rounds. Similarly, energy weapons cause the most damage against robots and cyborgs, and the annelid-made exotic weaponry is particularly harmful to organic targets. Because ammunition is scarce, to be effective the player must use it sparingly and carefully search rooms for supplies.
The game includes a research function. When new objects are encountered in the game, especially enemies, their organs can be collected and, when combined with chemicals found in storage rooms, the player can research the enemies and thus improve their damage against them. Similarly, some exotic weapons and items can only be used after being researched. OSA agents effectively have a separate weapons tree available to them. Psionic powers can be learned, such as invisibility, fireballs, and teleportation. 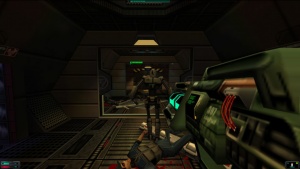 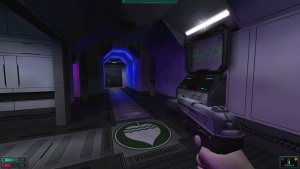