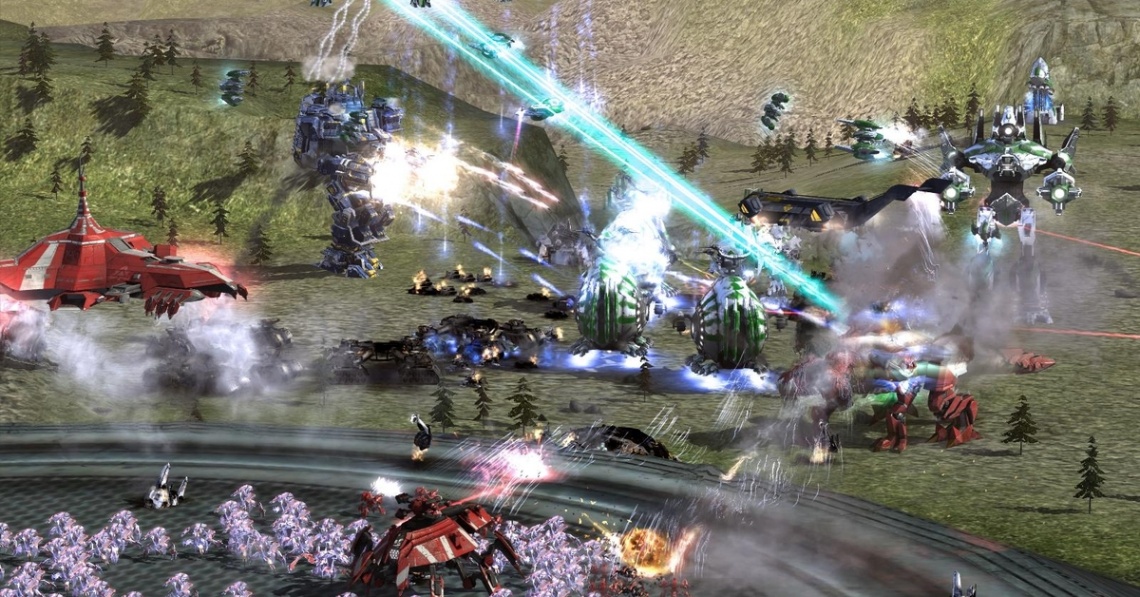 rts
Release: 2010
In both the skirmish and multiplayer modes, players start out with an Armored Command Unit (ACU), which is a large, powerful, construction-capable unit, as their avatar on the battlefield. They build mass extractors and power generators, which produce mass and energy, along with research facilities that produce research points faster. Players can also build land, air, and sea factories that produce land, air, and sea units, respectively. Players may also build add-on structures, expanding the capabilities of existing factories. Some buildings and units are more advanced than others and as players' bases and research levels expand, so does the quality of their units. Research points can be spent on faction-specific tech trees to add bonuses, abilities and upgrades, and to unlock more-advanced units and buildings. The final result of this development is the unlocking of experimental units, which are large, research-unlocked units and buildings with significantly more power than other units and buildings. Experimental units can be produced from experimental gantries (buildings with the sole purpose of building experimental units) or built by engineers. The ultimate aim of the game is to destroy the opponents' ACUs.
In the heavily-scripted campaign mode, the player is provided with a base at the start of the game, and faces an already-established opponent. In order to finish the level, the player has to complete certain objectives, for example "destroy the enemy's experimental unit". As the campaign progresses, the player is able to unlock a wider range of units, the missions become more challenging, and the enemy grows stronger.
In an interview with MacGamer, an online magazine dedicated to gaming on Mac PCs, game designer Chris Taylor had this to say about Supreme Commander 2 and its spiritual link to his previous Total Annihilation series: "I think they are indeed the spiritual successors, because of the way I approach RTS Real-time strategy design. I don’t like a lot of rules, and I like big, open worlds. Some might say the economy systems play a role in that, but I think it goes much deeper than that. I think many folks will see our upcoming Kings and Castles game as a continuing extension of those previous RTS titles." [9]
The game is AMD Eyefinity validated.[10] 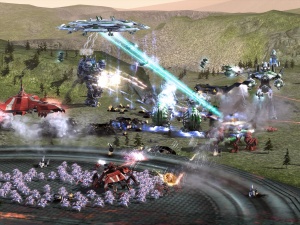 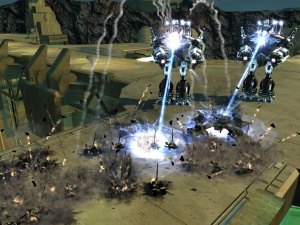