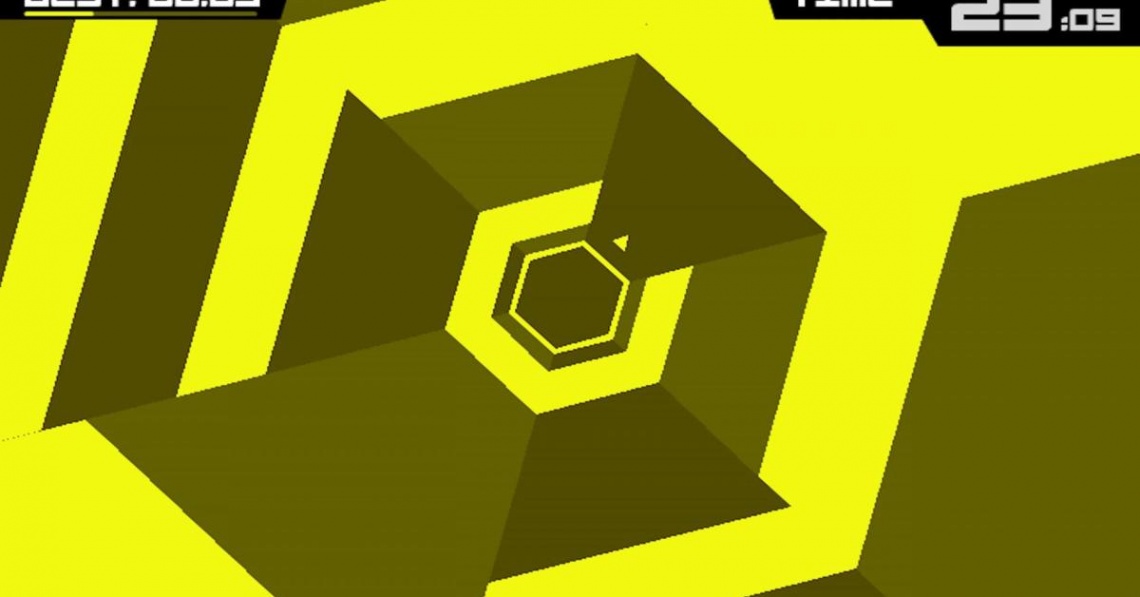 action
Release: 2012
The goal of Super Hexagon is to control a small triangle which circles around a central hexagon (which occasionally collapses into a pentagon or square in the hexagon and hyper hexagon difficulty) while avoiding contact in the front with incoming "walls" (touching the sides is allowed). The game has six difficulties, a set of "normal" modes - Hexagon, Hexagoner, and Hexagonest - and a set of "Hyper" versions of those levels which are unlocked upon surviving for 60 seconds or more on their respective normal modes. After surviving 60 seconds in the normal modes the level will change into the hyper mode, along with changes to the colour, speed and gauntlet patterns of the level. Further surviving another 60 seconds in the first two levels (Hexagon and Hexagoner) will result in a palette swap of colors, continuing at the same difficulty. Surviving a further 60 seconds (in normal mode, this means you have survived 180 seconds), the game will change to the next level of hyper hexagon difficulty. Surviving 120 seconds in Hexagonest will not cause this, but surviving 60 seconds in Hyper Hexagonest will change the appearance of the game to a stationary hexagon (top and bottom parallel to top and bottom of screen), black background, and white walls. Every attempt on any given difficulty is timed, with the best survival time being saved separately for each level as a high score. The timer resets upon "death" (collision with a wall). All high scores are tracked on the leaderboards, in which people can choose to view friends scores or worldwide scores. This is done via Steam for PC, Game Center for iOS and the Play Games feature of the Play Store for Android.
Wall locations are different for each mode, and ordered in different "gauntlets" (sections of repeated walls), which are different upon each attempt, forcing the player to learn how to navigate each set of wall locations rather than the level as a whole. Hyper modes of their respective difficulties contain a similar set of wall locations with some variations, but they appear faster than previously encountered.
Completion of the game is awarded to the player when 60 seconds have been survived on the Hexagonest difficulty (normal ending) and the Hyper Hexagonest difficulty (true ending). However the true ending cannot be obtained by surviving for 120 seconds in the Hexagonest difficulty (completing the regular Hexagonest difficulty then the subsequent Hyper Mode immediately after that). For completing each level, there are achievements available on the Steam, iOS and Android versions. 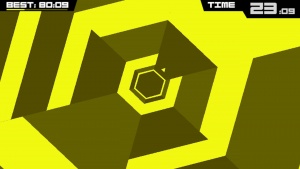 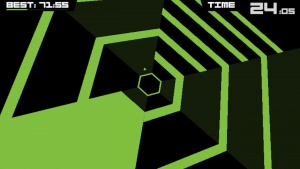