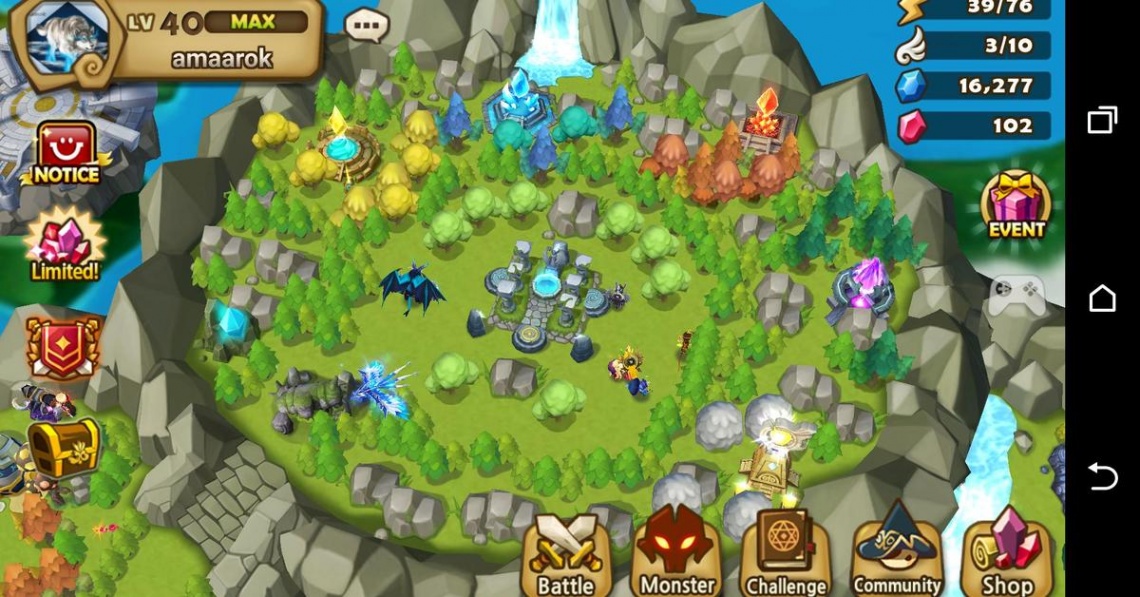 Cairos Dungeon is a critical element in the game. It is where players farm the majority of their runes, all awakening essences, and a variety of others. These dungeons range in difficulty from B1 being the easiest, to B10 as the most challenging.

In addition to evolving to a higher star grade, another gameplay mechanic is awakening', which transforms the monster. The process requires "essences" of the element of the monster: fire, water, etc. Monster's that are naturally higher stars, or summoned at higher grade require more essences. Awakening a monster changes its appearance and name, boost its innate stats, and may allow it to gain a new skill.
Runes
A core mechanic of the game is the use of runes. Each monster can accommodate six runes, which helps boost its innate stats. These can be upgraded using mana (in-game currency), which increases the stats runes provide. Similar to monsters, runes come in different grades, ranging from one to six stars. Higher-grade runes offer better stats, but cost more mana to upgrade and have a lower chance of being upgraded the higher the upgrade is, compared to runes with lower star levels.

All runes provide an additional bonus if the player attaches a complete set to a monster. For example, attaching two Energy Runes will give the monster a 15% health bonus, while attaching four Violent Runes gives the monster a 22% chance to attack again after its turn.

Multiplayer
Although the main storyline is single-player, Summoners War offers many cooperative and competitive multiplayer modes.

Arena
In this competitive game mode, players can select up to four monsters to attack other players' defences. Participating in arena battles allows players to earn glory points, which can be used to purchase in-game items. Winning battles also increases the player's rank and at the end of each week, additional rewards can be earned.

A live version of the arena has been in test mode throughout late 2016. In this mode, players can compete live against using four selected monsters. Players take turns selecting monsters to use for battle. Duplicate monsters are not permitted between the opponents and players can ban one of their opponent's monsters from playing. In the live arena, players can play and are ranked across all Summoners War servers in live arena mode.

Guilds
On July 1, 2015, Com2uS announced an update introducing guilds to the game. Although this early update only allowed players to join guilds in order to chat directly with other players, a larger update on March 9, 2016 added battling capabilities and a rewards shop.[6] Players in a guild set a defence consisting of two teams with three monsters each. Guilds battle against a randomly selected guild of similar ranking to earn points, which can be used to purchase prizes.

Rift of Worlds
Rift of Worlds is a cooperative raid mode unlockable after completing a World Boss battle at least once, that pits teams of three players, each using a team of six monsters, against a three-headed boss. Players can position their monsters in the front row, where they'll receive more damage, or the back row, where they'll be safe from some incoming attacks. The battle commences in auto-mode, meaning the player has no direct input on what skills their monsters use.

Unique rewards that can be earned after winning a raid include rune grindstones and enchanted gems. Rune grindstones are used to boost a rune’s substats, while gems can be used to change a substat to a different one.


This article uses material from the Wikipedia article Summoners War: Sky Arena, https://en.wikipedia.org/wiki/Summoners_War:_Sky_Arena, which is released under the Creative Commons Attribution-Share-Alike License 3.0, https://creativecommons.org/licenses/by-sa/3.0/.
Read Full Description
Get This Game 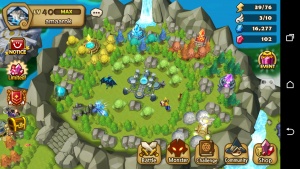 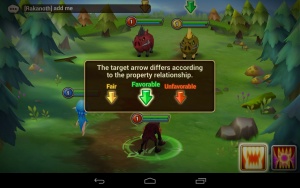 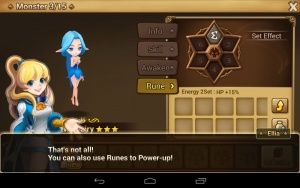