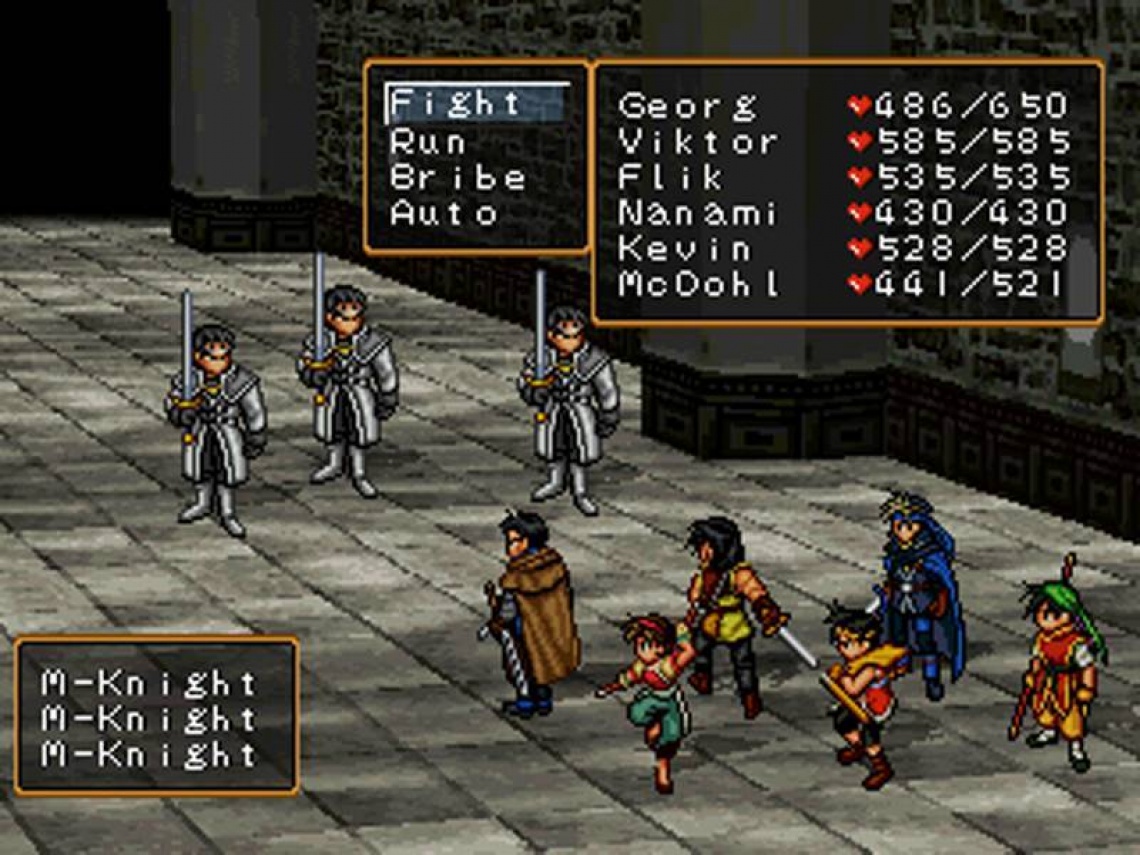 action
rpg
single player
strategy
turn based
Release: 2006
Suikoden II is a role-playing video game with strategic elements covering those gameplay options pertaining to large scale confrontations, such as between two armies. The player controls a quiet protagonist and travels with him around the world map, advancing the plot by completing tasks and talking with other characters. The player can also recruit new characters to his cause, often involving a short sidequest to do so. In towns, the player can gather information, sharpen characters' weaponry, and buy equipment; wilderness areas generally feature random encounters with monsters.
The battle system in Suikoden II features six-person parties. A variety of statistics determine in-game combat ability. If all six characters lose all their hit points and are thus incapacitated, it is game over and the player must restart. Exceptions exist for certain plot battles in which winning is optional; the player can lose and the plot continues on, albeit in a slightly different fashion. 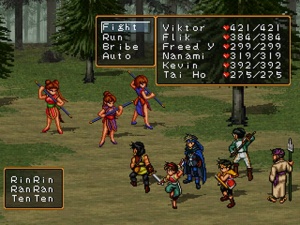 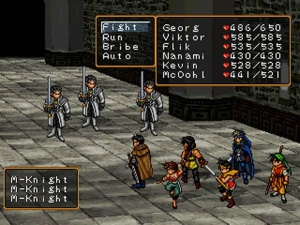