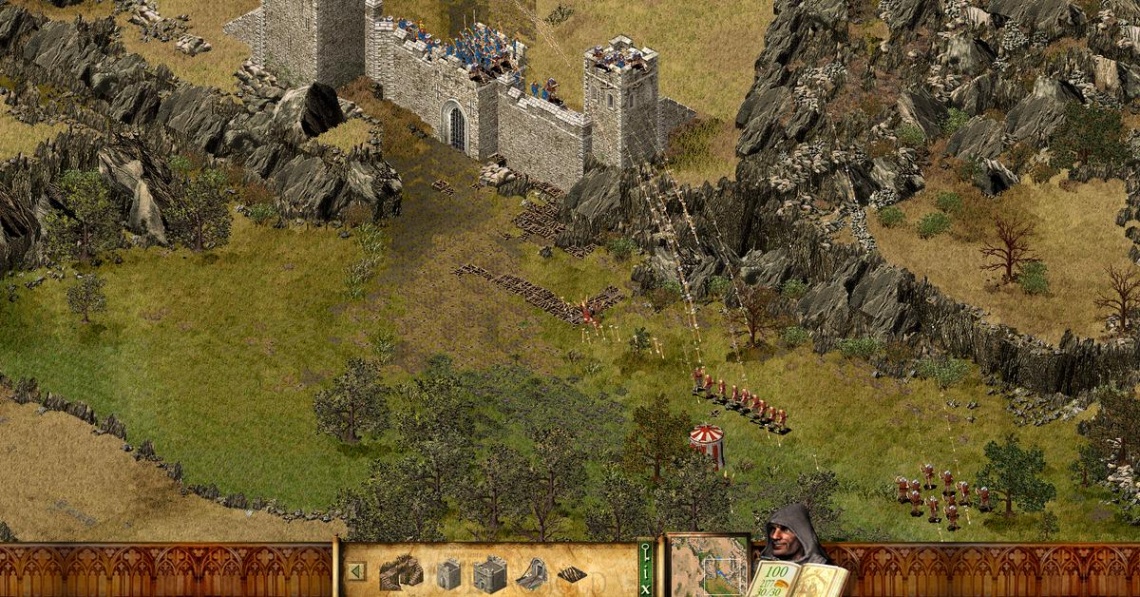 With 21 missions to test your mettle and four renegade lords to defeat, it is up to you to reunite medieval England. Missions range from breaking sieges and capturing enemy castles to raising gold and holding off enemy attacks. Also featured is an economic campaign, with missions revolving around gathering resources and building weapons within a time limit.
Are your peasants revolting? Well if you don't look after them they will be! As a Lord you will need to build up enough resources to keep your population happy and your taxes paid. Making sure your subjects have a house to sleep in, food on the table and a job to do is vital for keeping them happy and maintaining your popularity rating. A decent supply of ale and a small amount of entertainment will also help! Don't forget the Ale. Your villagers all like a drink.
With new high resolution graphics players also have more control over their soldiers than ever before. The new HD battlefield view allows you to zoom out and play in real-time, with the whole map on one screen. Advance on the castle gates while flanking the enemy from behind, feign retreat and lead your foe into a deadly trap or just sit back and watch the destruction unfold.
Read Full Description
Get This Game 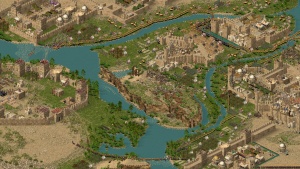 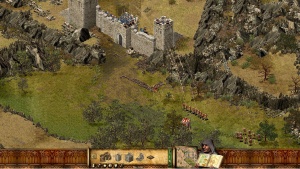