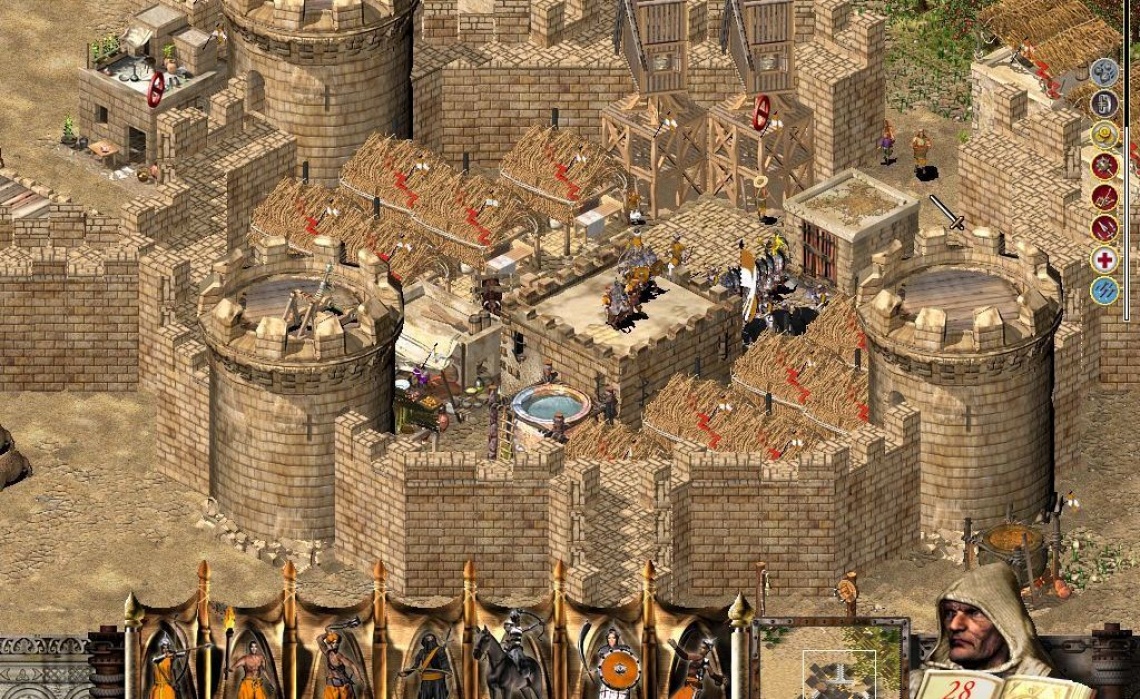 action
multiplayer
rts
simulation
single player
strategy
Release: 2002
The gameplay is similar to the original Stronghold, the major difference being that the game is set in the Middle East. As a consequence, farms can only be built on oasis grass, which leads to rivalry among players for limited farmland and resources. The game adds new AI opponents (the number depending on the version of the game) and several new Arabian units purchasable from a mercenary post. The colour of the player's units have also been changed from blue to red in order to match the colours of the Knights Templar. Other than farms there are other resources such as iron ore, quarry (for stone), marshes (for oil). These resources are deposited on the stockpile and player can choose to either sell or use them for defense purposes. There are two ways to accumulate army; either make the weapons and then spend a little gold to turn peasants into army men, or turn them directly into soldiers using more gold via the mercenary post.
There are historical chapters (mostly fictionalized) which are to be completed using the resources given to the player at the start of the missions. Along with that there are 50 levels designed with increasing difficulty. Each level has one or more Kings who you have to defeat and defend your kingdom from. There is an option of 3 chickens at the start of the game which the player can use to skip a particular level.
Read Full Description
Save & Play Game Later
Images & Video 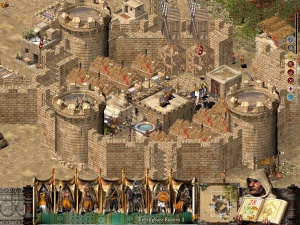 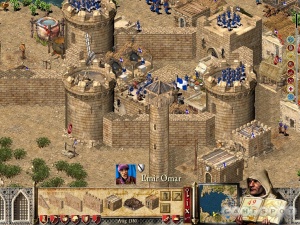 Subway Surfers
Recommended for you