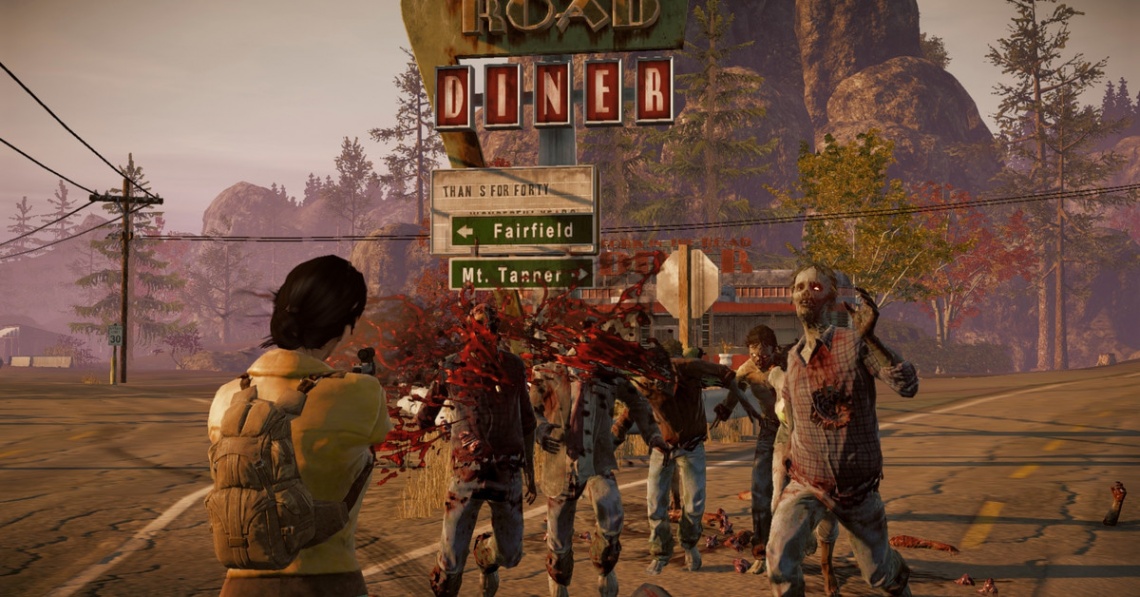 base building
open world
survival
zombies
Release: 2015
State of Decay contains elements of third person combat and simulation (building base and outposts). The player is in charge of a small group of survivors and can either follow the storyline or perform tasks that ensure their community's survival. The game world is 16 square kilometers, 8 square kilometers of which is playable.

The player can choose from several locations to build a base, then reinforce and improve it with various facilities like watch towers, gardens, sleeping quarters, kitchens, workshops, medical bays, etc. to help keep survivors safe and healthy. Part of the game is balancing the use of resources: food, medicine, ammo, and construction materials. They can be obtained by scavenging, trading with NPCs, only food can be grown at the base.

The player can interact with survivors outside of their group: trading with them, helping them or recruiting them. The game features two relationship meters, the first determines if a survivor can be recruited, and the second dictates if they can be controlled. Only one survivor can be controlled at a time, though the player can ask an AI-controlled survivor to accompany them, and in certain missions, one or more AI-controlled survivors will accompany the player.

The Storyline mode features around 150 characters, with varying facial features and clothing. Each character has a fixed set of "traits" which give them advantages or flaws (such as tire out more easily, or can improve a certain skill faster). Except for the story-related characters, most characters can be assigned to survivor groups and be recruited. Each character also has an "attitude" parameter, affected by game events (a near death experience, death of another character, or having accomplished a difficult task). These attitudes can affect their behaviors, sometimes requiring player intervention.

Zombies are the main threat in State of Decay. They respawn infinitely (unless the player establishes an outpost, which prevents spawns), are attracted to noise, and are capable of sprinting nearly as fast as the characters. The player can choose to confront them directly, use stealth to sneak past them, or divert them using items like firecrackers. In addition, there are special types of zombies, such as the animal-like "Ferals" or the tank-like "Juggernauts" that are quite dangerous in one-on-one confrontations. The game doesn't have human enemies, only zombies.

The game features over 100 different weapons, including around 30 melee weapons that can be found while scavenging (they cannot be crafted). Melee weapon and firearms are further divided into sub-categories, which have different attack animations and effects. All weapons have a durability rating, and will break when used excessively without repairs. Besides weapons, the player can find or create various consumables to improve their chances of survival, such as painkillers and pipe bombs. Besides walking, the player has access to several types of cars, each with its own characteristics like maneuverability and speed. All vehicles can be damaged and destroyed when running over zombies or hitting obstacles, although they can be repaired at the home base.

This article uses material from the Wikipedia article State of Decay (video game), https://en.wikipedia.org/wiki/State_of_Decay_(video_game), which is released under the Creative Commons Attribution-Share-Alike License 3.0, https://creativecommons.org/licenses/by-sa/3.0/.
Read Full Description
Get This Game 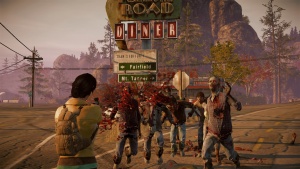 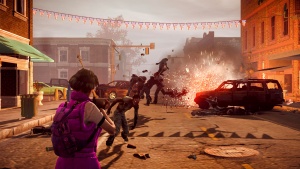