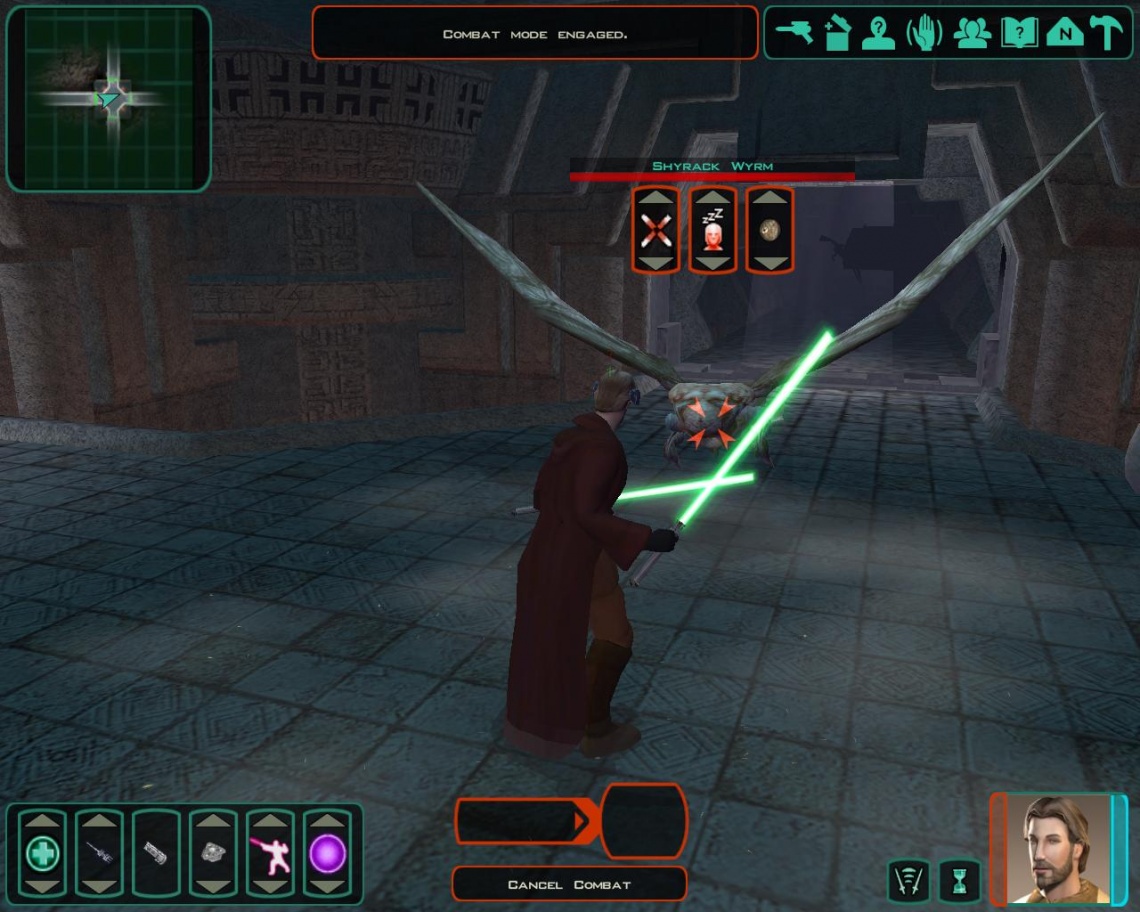 adventure
rpg
sci-fi
Release: 2005
Knights of the Old Republic II is a role-playing video game played from a third-person view that features pausable real-time combat. Combat and interactions with the environment and non-player characters in Knights of the Old Republic II are based on the d20 System as in Star Wars: Knights of the Old Republic. The game starts with a character creation screen with several choices to make, and there is also an option of letting the game do it automatically. There are 30 new Force powers, which are manifestations of the Force, in Knights of the Old Republic II. Like its predecessor, the game has several minigames, including swoop bike racing and a card game called Pazaak. The interface has been streamlined from the original game and party management has been made easier; for example, the player can switch between two selected weapon sets in the menu. As in the first game, the player can choose to align with either the light side or the dark side. Choosing dialogue options that are respectful and empathetic gives the protagonist light side points, while options that are egotistic and evil result in dark side points.

The combat of Knights of the Old Republic II is identical to its predecessor. Several new lightsaber crystals were added to the game. Each of them is useful for a different situation. For example, one is best for enemies using blaster weapons, while another would be good for recovering from using Force powers. The player can use a variety of melee and ranged weapons, including swords and firearms. Fighting unarmed is also an option. A new addition to the game are "prestige classes", add-ons to the Jedi classes that were established in Knights of the Old Republic. They allow the player character to practice in lightsaber combat or Force powers, depending on player choice.

The player can travel with up to two party members at a time, which gain experience points at the same rate as the player character. Equipment and perks for party characters can be selected for different statistical effects or abilities. Players can loot corpses and various environmental objects. The protagonist also has the ability to "influence" their party members; by doing things that impress them, the player increases their influence with them. Depending on the level of influence, party members may support the player character unconditionally or turn against the protagonist. The player can also exploit high influence by drawing party members to either the light side or the dark side, and some characters can even be trained to use the Force.

This article uses material from the Wikipedia article Star Wars Knights of the Old Republic II: The Sith Lords, https://en.wikipedia.org/wiki/Star_Wars_Knights_of_the_Old_Republic_II:_The_Sith_Lords, which is released under the Creative Commons Attribution-Share-Alike License 3.0, https://creativecommons.org/licenses/by-sa/3.0/.
Read Full Description
Get This Game 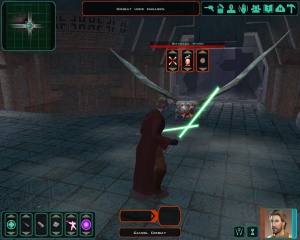 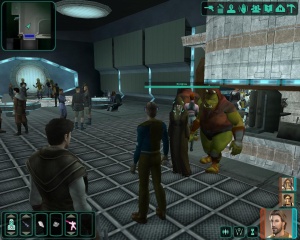