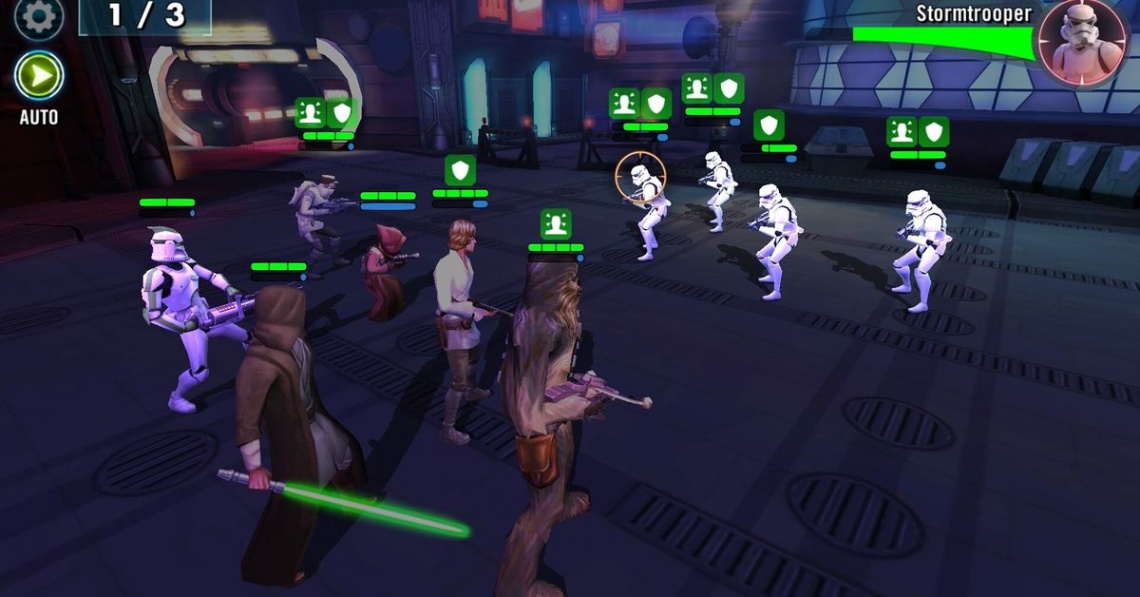 action
adventure
sci-fi
Release: 2015
Collect your favorite Star Wars characters, like Luke Skywalker, Han Solo, Darth Vader, and more, from every era – then conquer your opponents in epic, RPG-style combat. Build mighty teams and craft the best strategy to win battles across iconic locations to become the most legendary hologamer in the galaxy!

Build powerful light and dark side teams with both Jedi and Sith heroes and other characters from the Star Wars universe. Make strategic choices and pick characters with complimentary abilities to construct squads and engage in RPG combat like never before!

Collect characters from the original trilogy and prequel films, plus animated TV shows like Star Wars: The Clone Wars and Star Wars Rebels – and more. True to the RPG genre, each new hero has multiple powerful attacks and abilities!

Complete epic missions on Hoth, Bespin, Tatooine, Coruscant, and beyond. Unlock special characters to play through in light and dark side campaigns
Read Full Description
Get This Game 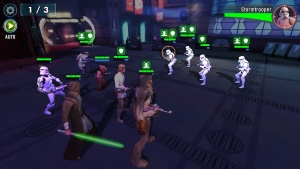 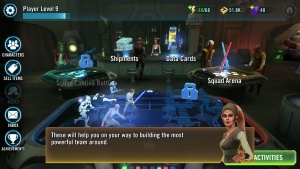