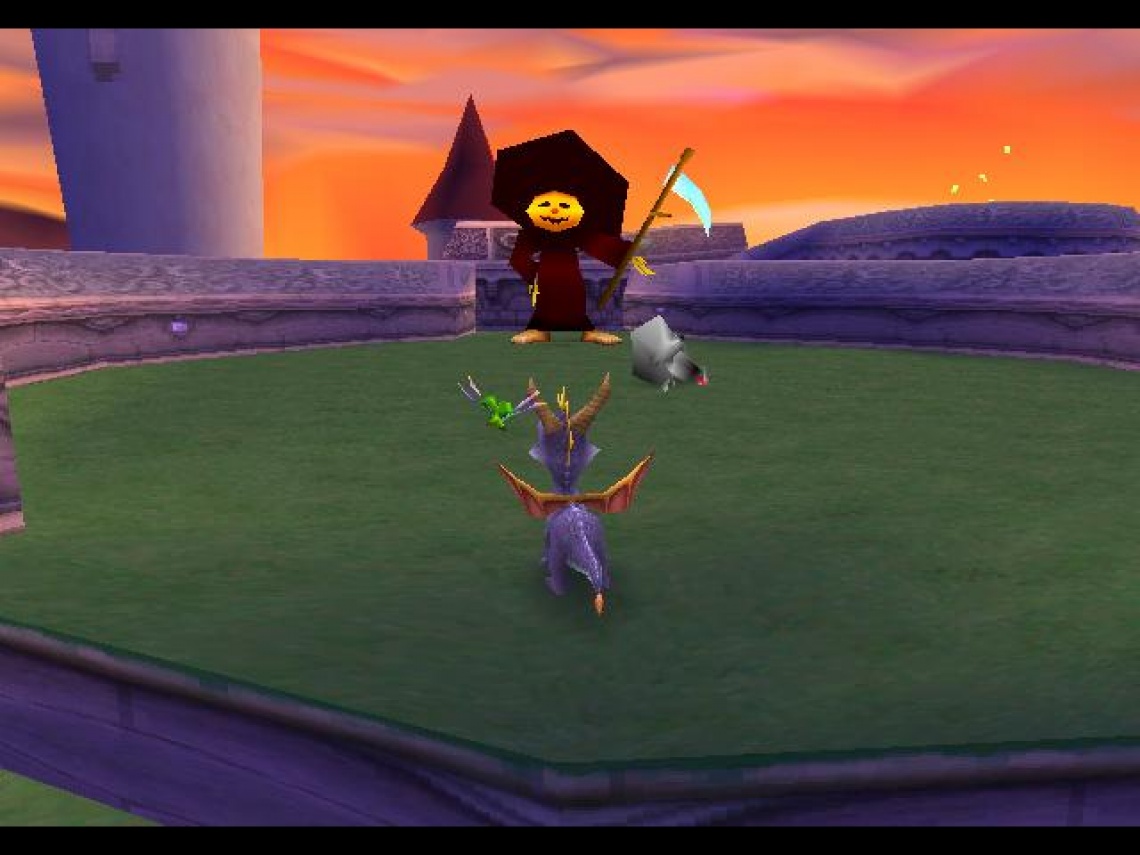 adventure
open world
single player
strategy
third person
Release: 1998
Spyro the Dragon puts players in the control of the titular Spyro, as he travels across various worlds in order to rescue his fellow dragons, recover the stolen treasure, and defeat the evil Gnasty Gnorc. Spyro has two main attacks; breathing fire and charging with his horns, which must be strategically used for defeating enemies and smashing open crates. Charging can be used against many small enemies but not against larger enemies. Likewise, fire is capable of defeating larger enemies, but can be blocked by enemies that use metal armor. Spyro is also able to glide whilst jumping to reach new areas, with some levels allowing him to fly freely in the air. Spyro's health is represented by the color of his dragonfly partner, Sparx, who also helps him pick up nearby treasure. Taking damage will cause Sparx to lose his color and disappear, leaving Spyro vulnerable, but he can recover health by eating butterflies spawned from defeating small animals. Various treasure can be found in various areas, including inside treasure chests, some of which require certain techniques to break open, or earned by defeating enemies. Enemies that have already had their gems retrieved upon revisiting areas will instead release orbs that can be collected towards earning extra lives.


This article uses material from the Wikipedia article Spyro the Dragon, https://en.wikipedia.org/wiki/Spyro_the_Dragon_(video_game) which is released
under the Creative Commons Attribution-Share-Alike License 3.0,
https://creativecommons.org/licenses/by-sa/3.0/.
Read Full Description
Get This Game 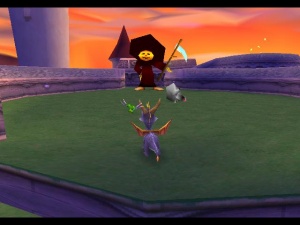 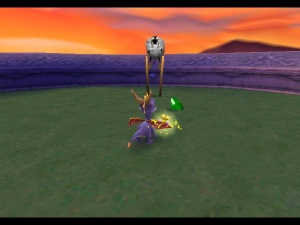