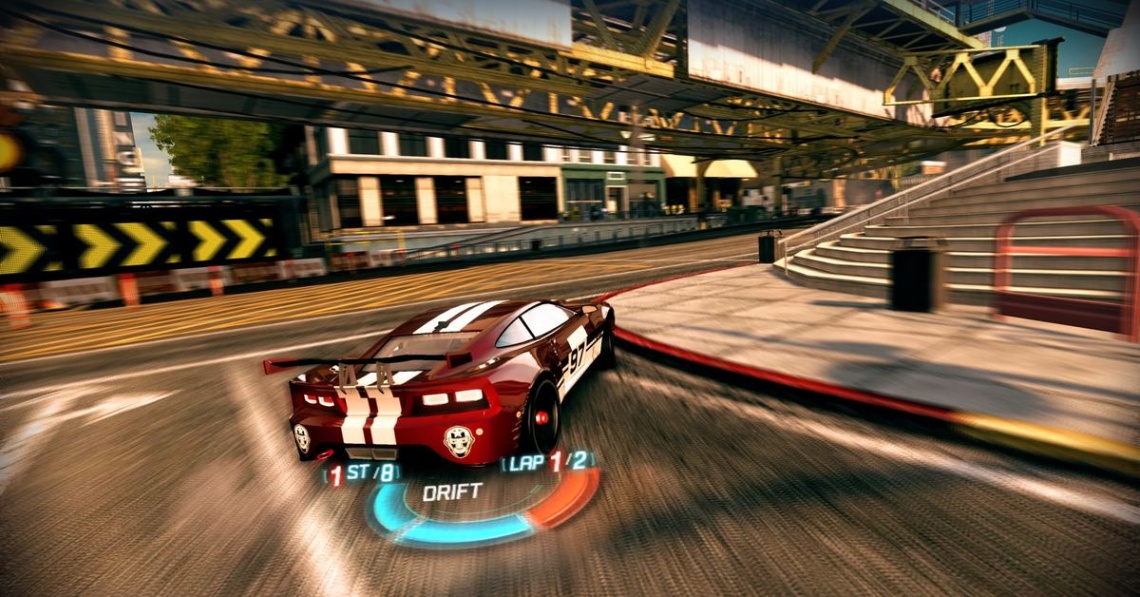 action
racing
Release: 2010
In Split/Second, players take part in a fictional reality TV program where participants race for money and glory. Throughout a race, players can build up their "powerplay" meter by performing stunts such as jumps and precision driving such as drafting and drifting. As the player builds up their meter, special events can be triggered which create obstacles for other players, create shortcuts or alter the race course entirely.[5] These triggers are also activated by the player's AI opponents.
Such events include explosions, aeroplane crashes and building collapses. The severity of the events available to trigger varies depending on how full the player's meter is. The first level of events are available when one of the three bars on the HUD are full and the most extreme can only be triggered once all three are full. Event locations, and the vehicles they will affect, are highlighted with blue icons for the level one powerplays, and red icons for level two, and the player must time the action accurately in order to hinder his or her competitors as much as possible. One section of the powerplay meter resets once a level one event is triggered, so the player must also choose whether to activate the less destructive first-level events as soon as they are available, or save their powerplay points and build them up further in order to use the top-tier actions.[6] There are also certain powerplays that reset for the next lap, such as bombs dropped from helicopters, small environmental changes and secret shortcuts, but some other powerplays can only be used once in a single race. Black Rock Studios also wanted to make the HUD as simple as possible by taking away all unnecessary elements such as the speedometer and the track map (rendered useless due to the dynamic nature of the track) leaving only the lap count, position that the player is in, and the powerplay meter, all positioned behind the car itself, to leave more room to display visuals.[citation needed]
The game also has a multiplayer mode, with both 8-player online and 2-player split-screen offline available. 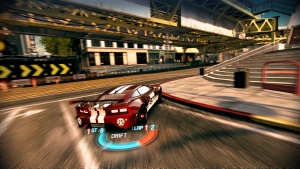 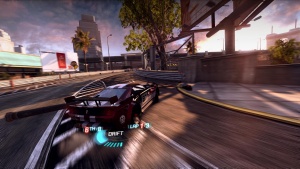