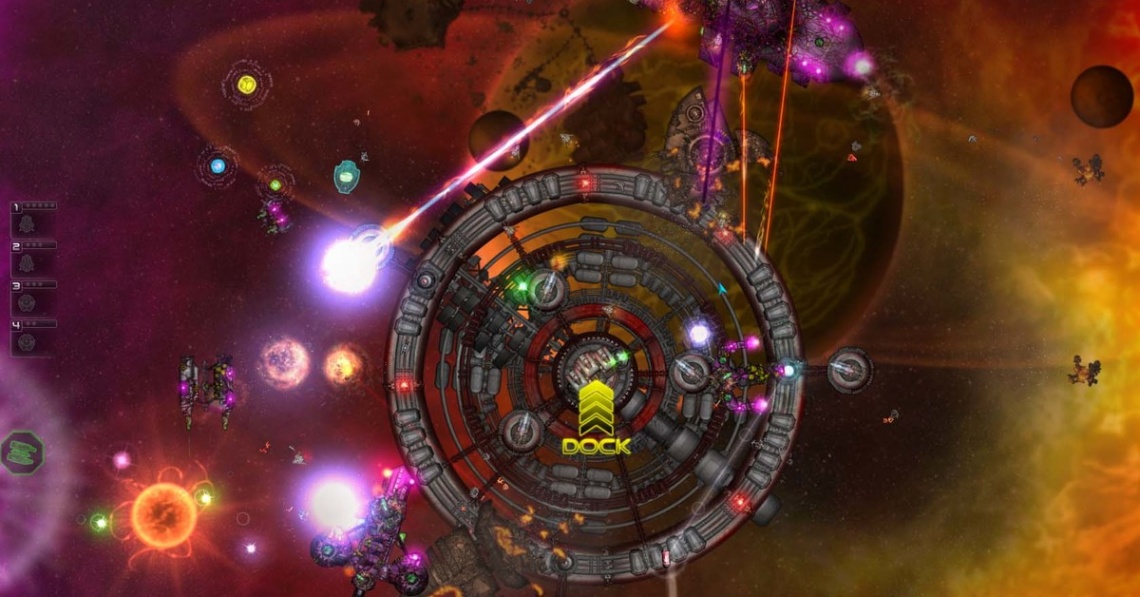 action
rpg
strategy
Release: 2011
S.P.A.Z. integrates top down shooter gameplay with role-playing video game and real-time strategy elements within a futuristic space setting. The game also features large-scale randomly generated galaxies to explore. Players command a fleet of ships, and may control any one of their ships individually at a time. The galaxy is organized into systems, each system containing a star and a set of planet bodies and areas which may be "warped" to via an in-game map. These areas may contain faction stations where trade, missions, or sieges may take place. The player's standing with the faction affects what services the station will give you. Players can improve their faction standings through missions and level up their fleet through missions and combat.
When controlling the craft players can fire the craft's main weapons, fire alternative weapons such as missiles, or launch shuttlecraft filled with marines. The view of the game world can be scrolled in or out, enabling a distant view or a closer view for combat. Combat involves positioning your ship to hit the enemy with your weapons while dodging enemy fire, and tactically deploying larger weapons such as minefields and mass bombs. Each vessel has different shields, armor and hull types and each is strong or weak against certain types of weapon, encouraging players to diversify within their own fleets in order to engage different enemies. Initially gameplay involves interacting with the UTA or Civilian factions, depending on the player's standing with them in the current star system. Shortly into the game a faction of Bounty Hunters is introduced, and later in the game a fourth and even more dangerous faction appears.
Three types of resources are available in-game; Rez, Goons and Data. Rez is the material that is mined from asteroids and is used to build ships and buy technology. Goons are crew members found in ejected escape pods or bought from colony worlds, and are used to crew your ships and can be gifted to factions to improve relations. Data represents gathered technology and forms the basis for the game's experience system; the more the player destroys enemies and completes quests, the more Data is rewarded which can then be spent on upgrading the various aspects of the fleet.
There are currently 43 different types of controllable ships split into 5 size categories; Tiny, Small, Medium, Large and Huge. These can be fitted with a variety of weaponry such as lasers, cannons, torpedoes, guided missiles, mass bombs, fighter drones and mines whilst the ships themselves can be customised with different types of propulsion, reactors, shields, stealth technology and various utility boosters making them more effective in certain situations. 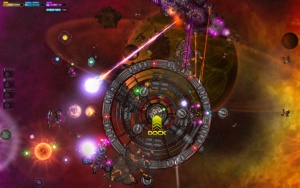 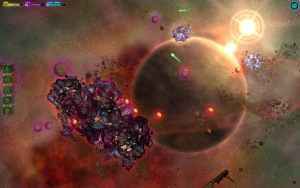