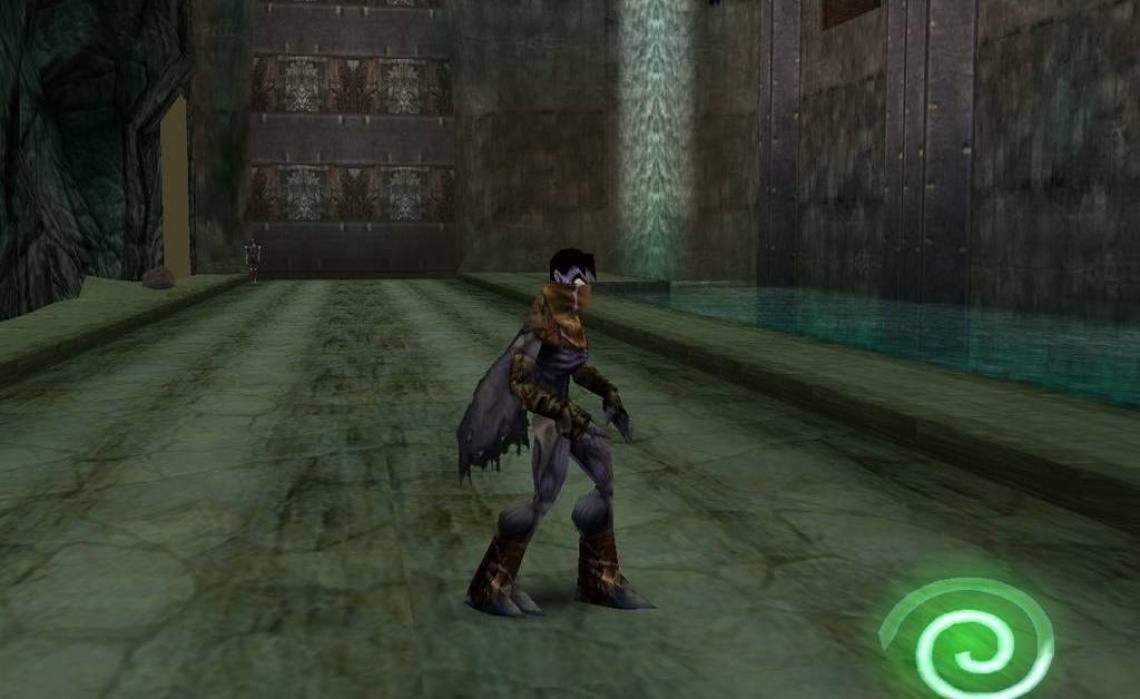 action
adventure
Release: 2001
Soul Reaver 2 is a single-player action-adventure game. The player controls Raziel, a ghostly "ex-vampire", from a third-person perspective. Gameplay, which is based on the original Soul Reaver, prompts the player to shift between two planes of existence—the material and spectral realms—to progress. The material realm represents the physical, living world, whereas the spectral realm is a warped mirror of this environment. In the spectral realm, the player cannot manipulate objects and weapons, and water is insubstantial. Raziel's health slowly regenerates in the spectral world, whereas it gradually depletes in the material realm. If Raziel runs out of health in the material world, he is shunted into the spectral realm, and if killed in this plane, he returns to the nearest checkpoint. Save points enable players to record their progress and continue their game.
Raziel retains most of the powers he possessed in the previous game, such as the abilities to glide, climb walls, fire bolts of telekinetic energy, and swim. To sustain his strength and travel between the planes, he must devour souls; this is typically accomplished by defeating enemies. The game's combat consists of a hack and slash system, entailing the use of combinations of attacks before executing a finishing move. Human enemies exist only in the material world, and include mercenaries, demon hunters, and the Sarafan, a monastic order of vampire hunters; other material creatures include dogs, thralls, and mutants. Sluagh are enemies who exclusively inhabit the spirit world, whereas cross-planar beings such as demons and shades can pursue the player between both realms. Enemies leave behind souls when killed, which replenish Raziel's health once consumed.
The player's primary weapon is a ghostly version of the Soul Reaver sword, referred to as the wraith-blade. The wraith-blade is symbiotically bound to Raziel, and can be summoned or dismissed at any time in the material world, but, if overused, the sword can turn against Raziel, siphoning his health. Other weapons include claws, swords and spears. As the game progresses, the player encounters magical forges which imbue the wraith-blade with elemental powers associated with darkness, light, air, and fire. These enhancements have various uses, but are only available in the material realm. If Raziel shifts, he loses his active elemental imbuement, and must re-forge the blade at locations scattered throughout the game world. 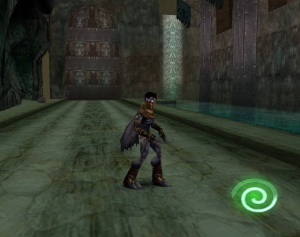 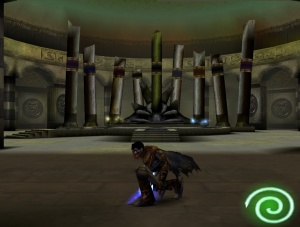