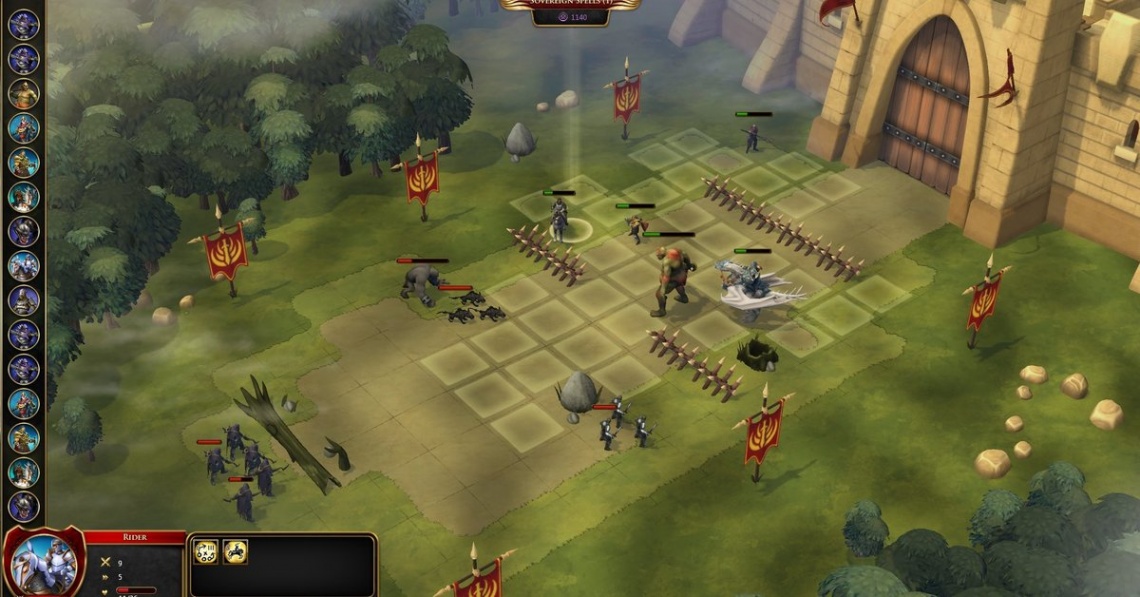 adventure
strategy
Release: 2016
A NEW KIND OF FANTASY STRATEGY GAME
Sorcerer King: Rivals is a new direction for strategy game design, pitting the player against a single overwhelmingly powerful enemy instead of a set of evenly matched factions racing for abstract victory conditions.

Think of the Sorcerer King as the evil mage who already won the last traditional game. He has already conquered the world. His enemies (including you) are scattered, their armies broken and cities torn down. His dark minions have free reign to terrorize the survivors everywhere except a few tiny outposts of civilization (like the one you start in) too insignificant to crush.
EXPANDING YOUR KINGDOM
What do you know, there was another one of those darn cataclysms. It's up to you to rebuild a kingdom that can stand up to the bad guys.

You'll need to clear out monsters and bandits with heroes and armies, then send pioneers to build cities on arable land and outposts to claim outlying resources.

Expanding your kingdom via pioneers is vital, and should be one of your highest priorities.
EXPLORING THE LAND
The landscape is dotted with a random selection of the hundreds of quests in Sorcerer King: Rivals. Completing them grants you crafting components, lore for researching new spells, new units, magical artifacts, and more.

While exploring, the most important thing to do is note where the shards are and make sure you claim them before the Sorcerer King destroys them. You’ll need the magic of the shards in order to cast your spell and become a god before he does.

If you see something interesting on the map, chances are you should explore it and see what it is. At the very least, you'll probably get a chuckle out of the writing - Chris Bucholz of Cracked.com writes all of our quests, and he's a funny guy.
EXTERMINATING THE MONSTERS
Battles in Sorcerer King: Rivals are quick and to the point. Nearly every unit in the game has a special ability, from Tandis' sweep attack that hits all adjacent enemies, to the Stalker's deadly maul, which hits over and over again until dodged.

Your sovereign can cast spells to help your forces out. A quick heal or weak summoned skeleton might give your armies the edge in the early game, but later on calling down devastating blizzards or walls of living flame can practically win battles by themselves.
SAVING THE WORLD
The Sorcerer King is trying to destroy the shards. Stop him, or you’ll never get the chance to ascend to Godhood yourself.

Each shard destroyed by the Sorcerer King makes it harder for you to come in and claim victory and become a God. You need to protect the shards and build up your magic in order to defeat him.
FACING THE SORCERER KING
Now, there’s a new way to win in Sorcerer King: Rivals - become a god. Naturally, it's easier said than done.

In order to protect the shards and your towns, it will help you to find his two lieutenants. Don't worry, you can't miss them - they’re large, ferocious, and will rip you to shreds if you attack them before building up an army! Bringing lots of friends and a full mana bank to any confrontation with the lieutenants is highly recommended.

Be careful as you adventure deeper into the Sorcerer King’s territory to find the shards and protect them - you never know what challenges await you!
CRAFTING
Crafting is critical in Sorcerer King: Rivals. Killing monsters and completing quests gives you crafting materials, which you can turn into everything from basic chainmail to epic flaming swords.

Both heroes and regular units can use crafted items. A fully equipped unit can be several times more effective than a bare one.
Read Full Description
Save & Play Game Later
Images & Video 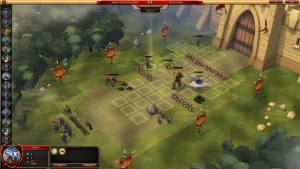 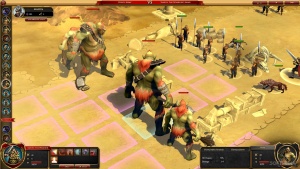