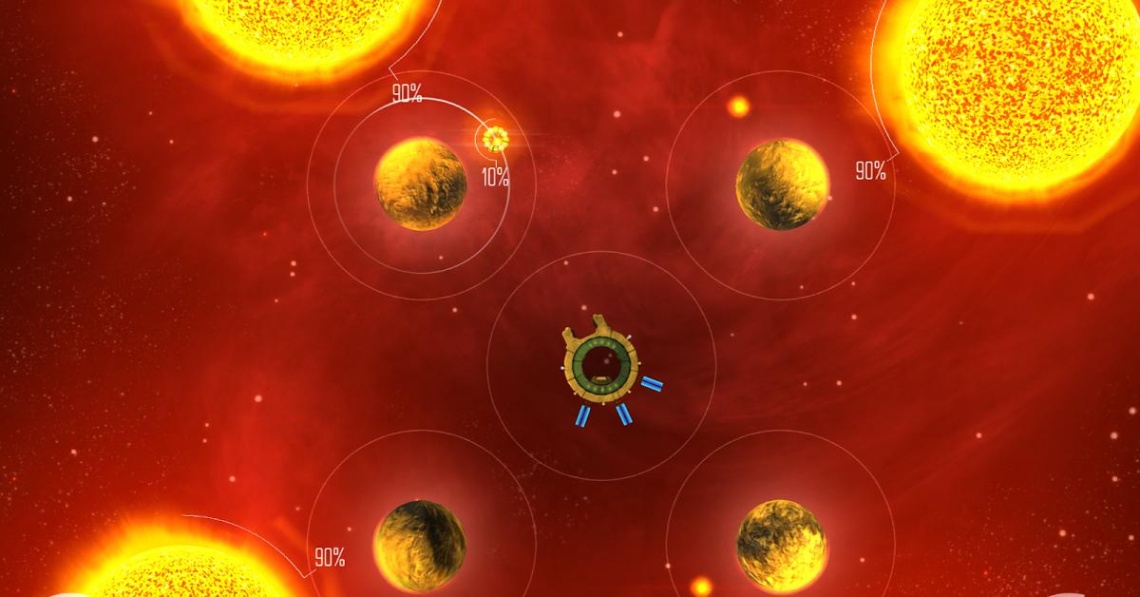 indie
puzzle
simulation
single player
strategy
Release: 2013
Each mission (except tutorials) begins with the player's ship docked at a space station, and it can be launched in any direction. Once free, the ship is controlled indirectly by touching/clicking away from the ship, which applies thrust in that direction.
The aim of levels is to stabilise all the stars by providing them with plasma - often stars are relatively stable but at less than 100% plasma, though in later missions more complexities appear (such as stars that lose plasma continually if not at 100%, or stars with too much plasma that require a different type to reduce it).
Levels are scored on a single factor, but this differs from one level to the next - time, fuel use, heat shield depletion - which can alter the best strategy. Levels are scored from one to three stars, with three stars the best, and one star equivalent to merely passing the level.
The ship has limited fuel and heat shielding capacity. Fuel is used only when thrusting, while the heat shield is damaged whenever the ship is near a star and with line of sight to it. If either of these are entirely depleted, the ship is destroyed. Levels often have physical obstacles of varying sizes, from asteroids to planets, as well as the stars themselves. If the player's ship collides with any of these, it is instantly destroyed. However, they are also of strategic use - planets can be orbited, and entering a planetary shadow will repair the ship's heat shield. The launch station can also be orbited, which refuels the ship. Stars that are not stabilised (i.e. without 100% plasma) will also occasionally emit flares, which will push a ship that is not in shadow and can be used to travel without using fuel at the cost of time and heat shield damage.
Read Full Description
Save & Play Game Later
Images & Video 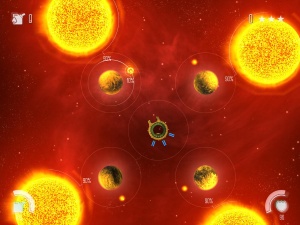 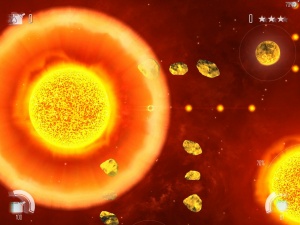