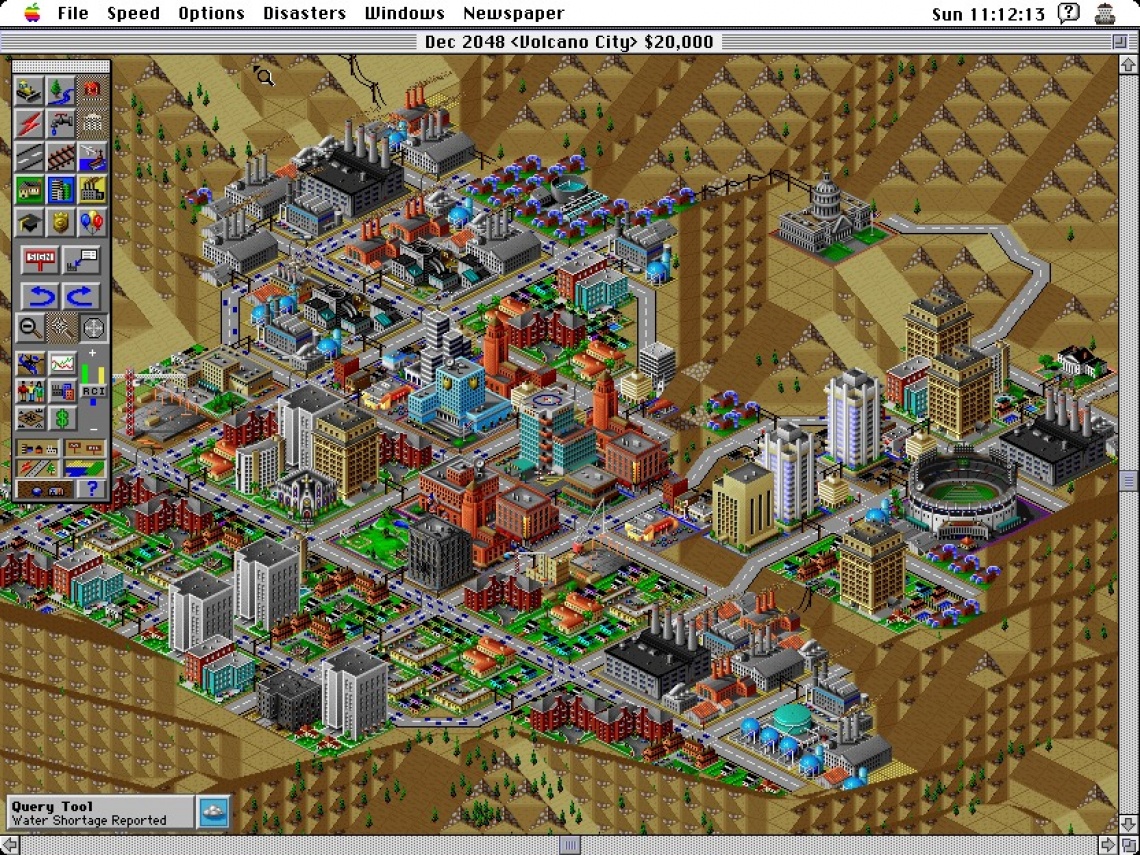 city building
strategy
Release: 1993
SimCity 2000 is a city-building simulation video game and the second installment in the SimCity series. SimCity 2000 was released by Maxis in 1993 for computers running Apple Macintosh Operating System. It was later released on the Amiga, DOS and Microsoft Windows, followed by a release for OS/2. In 1995, SimCity 2000 won "Best Military or Strategy Computer Game" Origins Award.

The unexpected and enduring success of the original SimCity, combined with the relative lack of success with other "Sim" titles, finally motivated the development of a sequel. SimCity 2000 was a major extension of the concept. It now has a near-isometric dimetric view (similar to the earlier Maxis-published A-Train)[3] instead of overhead, land could have different elevations, and underground layers were introduced for water pipes and subways.

New types of facilities include prisons, schools, libraries, museums, marinas, hospitals and arcologies. Players can build highways, roads, bus depots, railway tracks, subways, train depots and zone land for seaports and airports. There are a total of nine varieties of power plants in SimCity 2000, including coal, oil, natural gas, nuclear, wind turbines, hydroelectric dams (which can only be placed on waterfall tiles), solar and the futuristic fusion power and satellite microwave plant. Most types of power plants have a limited life span and must be rebuilt periodically. Players can build highways to neighboring cities to increase trade and the population.

Though there is no "true" victory sequence in SimCity 2000, the "exodus" is a close parallel. An "exodus" occurs during the year 2051 or later, when 300 or more Launch Arcologies are constructed; the following January each one "takes off" into space so that their inhabitants can form new civilizations on distant worlds. This reduces the city's population to those who are not living in the Launch Arcologies, but it also opens wide areas for redevelopment and returns their construction cost to the city treasury. This is related to the event in SimEarth where all cities are moved into rocket-propelled domes that then leave to "found new worlds" (leaving no sentient life behind).

This article uses material from the Wikipedia article Simcity 2000, https://en.wikipedia.org/wiki/SimCity_2000, which is released under the Creative Commons Attribution-Share-Alike License 3.0, https://creativecommons.org/licenses/by-sa/3.0/.
Read Full Description
Get This Game 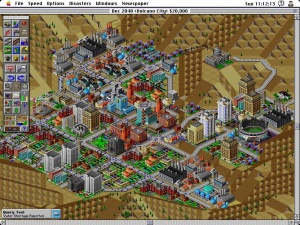 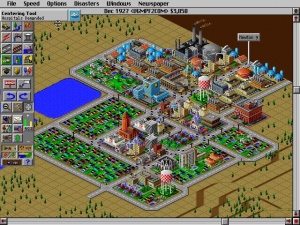