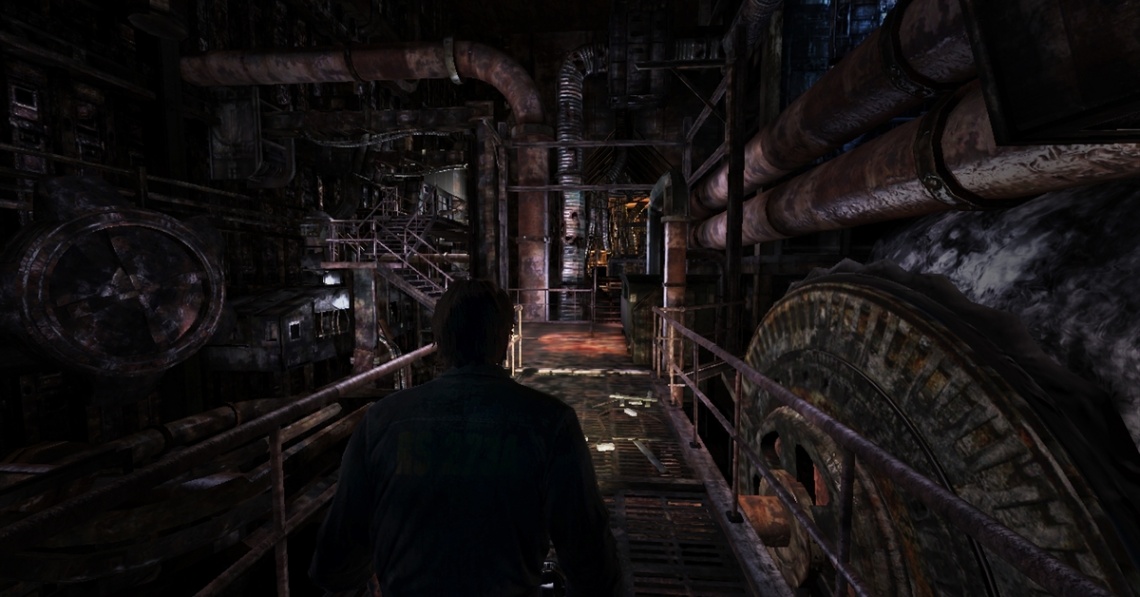 action
puzzle
single player
strategy
survival
tps
Release: 2007
The objective of Silent Hill: Origins is to guide player character, Travis Grady, as he searches the monster-filled town of Silent Hill for information about a girl he rescued from a burning house. The game uses a third-person perspective which it alternates with fixed camera angles. Following the gameplay formula of previous Silent Hill games, Origins primarily revolves around combat, exploration, and puzzle-solving. Typical gameplay of Origins consists of alternating between reality and its darker and dilapidated counterpart, the "Other World", to obtain keys and objects needed to solve a riddle. Travis carries a flashlight and indicates the direction of a nearby usable item, while his portable radio alerts the player to the presence of nearby monsters by emitting static. Often, actions performed in one dimension will affect the other; for example, raising a prop on the stage in the theater results in a similar reaction in the Other World. Once solved, the riddle leads to an encounter with a boss, whose defeat unlocks a new area. Completion of the game results in unlocking special items or alternative outfits for Travis depending on various accomplishments. 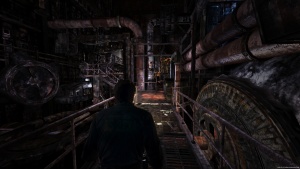 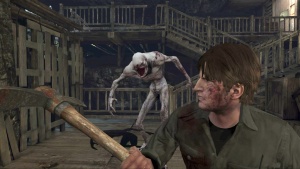