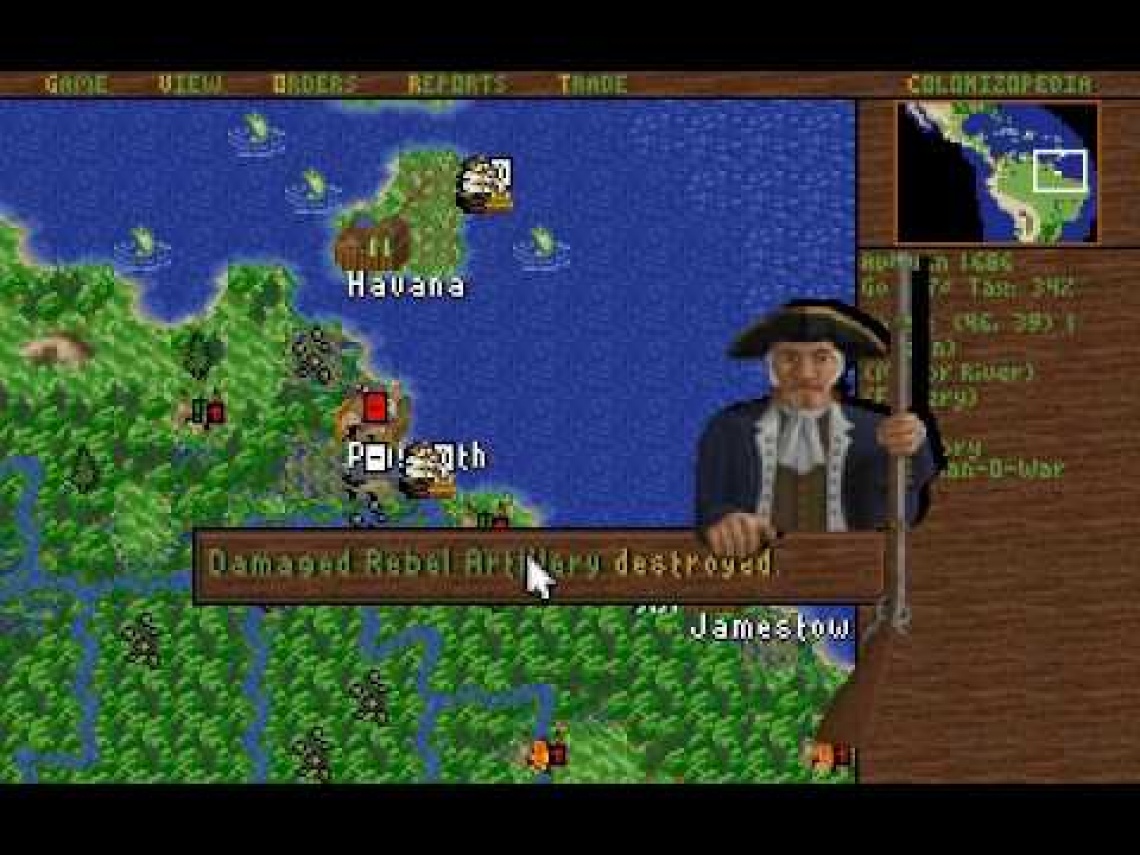 adventure
simulation
strategy
Release: 1994
The game begins in 1492. The player controls the colonial forces of either England, France, The Netherlands, or Spain; the other powers are then played by the computer. Each nation has unique abilities that favor certain strategies. There is a choice between a historical map (America) or a randomly generated map (the New World).

The journey begins with a ship and two units arriving at the new world; as the ship moves into the unknown, the map is revealed. Subsequently, the player makes landfall, explores the New World, meets the indigenous Indians, builds colonies and buildings, and improve and work the surrounding land. The ship can return back to Europe to collect more colonists and sell items.

The colonist can work the immediate land around the colony. Different map squares can yield different resources; for instance, most squares can produce food, while only forests can yield lumber. Harvested resources from the land, such as cotton or tobacco, can be manufactured and converted into commodities, such as cloth and cigars, and either used or sold (usually back in Europe). The prices of commodities in Europe fluctuate depending upon supply and demand. With money, the player is able to buy goods, fund faster building construction, recruit new colonists, or buy ships and artillery.

The player is also required to protect their colonies from potential invasion by equipping and stationing soldiers. Moreover, the player manages their citizens, educating them in various skills to increase their productivity in areas such as farming, gathering of resources, or manufacturing.

Each colonial power has certain bonuses that make them unique and different from each other. Aside from European colonial powers, the NPC powers include eight Native American tribes, in four main categories. Each Native American settlement can convert one regular colonist into a specialist. More advanced tribes (Incas and Aztecs) live in larger cities. Analogous to technologies in Civilization,[clarification needed] social and industrial advances are achieved by the addition of "Founding Fathers" to the "Continental Congress", which are gained by generating a sufficient number of "Liberty Bells" through the colonial pride of settlers. These are all named after real historical figures, such as Francisco Vásquez de Coronado and Pocahontas.[citation needed]

One main driving impulse in Colonization is the harvesting of natural resources, such as lumber (for building), ore (for manufacturing), and food (for population growth). Squares on the map have basic values of resource output (depending on the type of terrain and if a river runs through it), but certain 'prime' squares have double or higher output values.

This article uses material from the Wikipedia article Sid Meier's Colonization, https://en.wikipedia.org/wiki/Sid_Meier%27s_Colonization, which is released under the Creative Commons Attribution-Share-Alike License 3.0, https://creativecommons.org/licenses/by-sa/3.0/.
Read Full Description
Get This Game 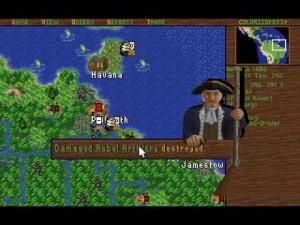 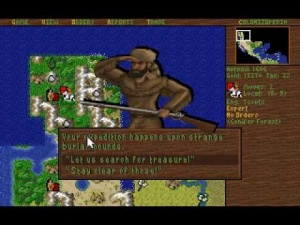