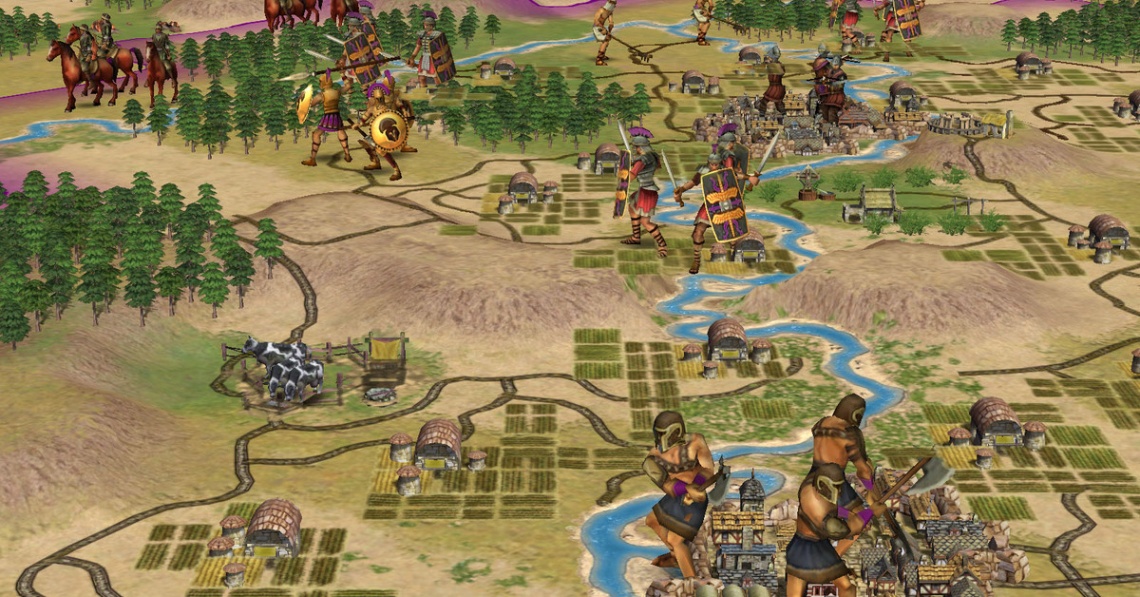 strategy
turn based
Release: 2005
Civilization IV follows some of the 4X model of turn-based strategy games, a genre in which players control an empire and "explore, expand, exploit, and exterminate", by having the player attempt to lead a modest group of peoples from a base with initially scarce resources into a successful empire or civilization. The condition for winning the game is accomplished through one of the five ways: militarily defeating all other civilizations in the game world, controlling over two-thirds of the game world's land and population, building the first spaceship in the Space Age and sending it to Alpha Centauri, having the most dominant Culture ratings over other civilizations, or becoming "World Leader" through the United Nations votes. Additionally, there are multiple game scores for each civilization throughout the game based on the actions of each civilization and a number of different factors, allowing for a win condition based on the total of these points if the game timer runs out. The game can be played in multiple modes: as a single player facing against one or more computer-controlled opponents, or through online multiplayer games.

As with other turn-based strategy video games, the player can customize the look and feel of their game world as well as the difficulty of any game AI players before the game starts. Each map space has a terrain type, such as plains, tundra, or desert, that affects the available resources players can extract from their environments and the movements of certain units through that terrain. The player is then given a total of 18 different civilizations to choose from, each with their own pros and cons, plus a leader avatar, an initial set of civilization technology, and any units unique to that civilization. When the game starts, however, it chooses random locations to place across a predefined square grid map. Like other strategy games, Civilization IV has a fog of war feature, in which unexplored territory remains darkened and territories without any units stationed on its designated square is shaded with darker colors.


This article uses material from the Wikipedia article Civilization IV, https://en.wikipedia.org/wiki/Civilization_IV, which is released under the Creative Commons Attribution-Share-Alike License 3.0, https://creativecommons.org/licenses/by-sa/3.0/.
Read Full Description
Get This Game 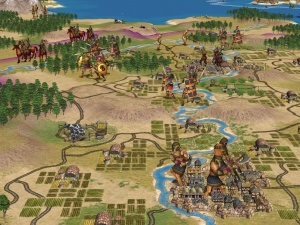 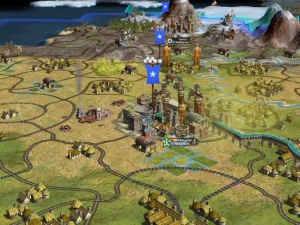