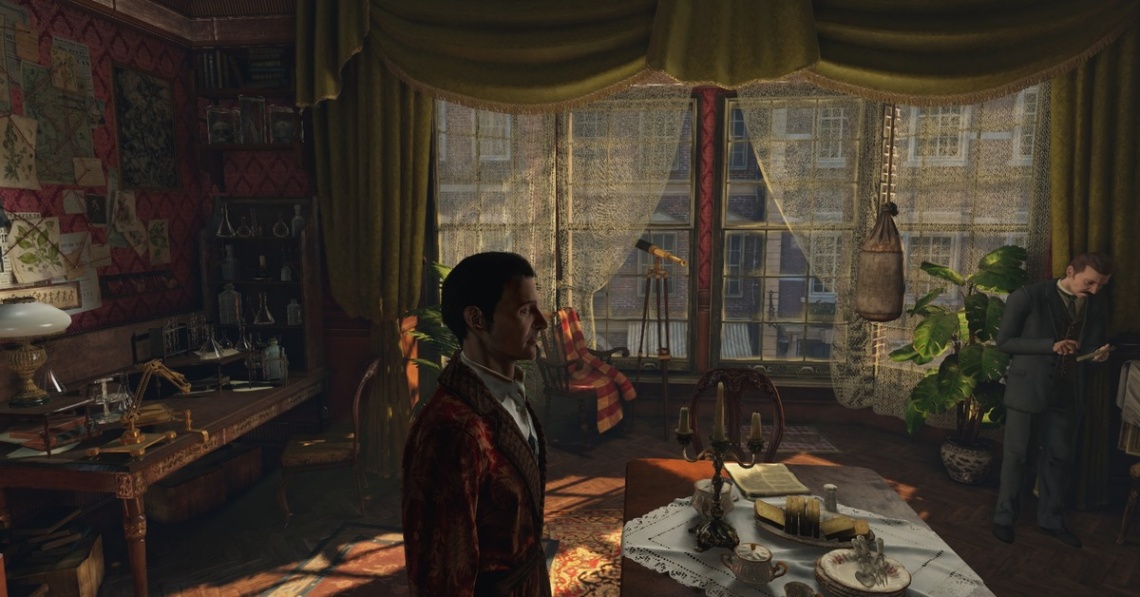 action
adventure
historical
horror
indie
mystery
open world
point and click
puzzle
single player
Release: 2014
In the world of fictional detectives, there is perhaps nobody more famous than Sherlock Holmes. Through countless mysteries and many different incarnations, this popular character has become somewhat of a staple in literary culture and many other forms of media. Sherlock Holmes’ natural gifts for solving complex cases have given him a widespread appeal amongst crime story fans and have resulted in publications of these mysteries in thousands of forms. Even though he may not have been the first fictional detective to make an appearance in literature, Sherlock Holmes is currently the most frequently portrayed character in the history of feature-length films. With such a decorated past and many present projects that feature this character, what is it about Sherlock Holmes that so many people love?

Sherlock Holmes is an eccentric man, with a penchant for personal hygiene and cleanliness, but no real regard for the social standards of his time as they relate to how organized a professional should be. However, these traits translate directly into how Holmes can solve the most complex of crimes. His superb detective skills allow him to make sense of chaos and find the key components to solving a mystery, even amongst an absolute mess of evidence. Sherlock Holmes could almost always be seen with a pipe, constantly smoking as he worked. Though his partner Dr. Watson would sometimes reprimand him for the effects of his tobacco habit, it all became a well-known part of the Sherlock Holmes persona.

In terms of clientele, Sherlock Holmes worked for just about everybody. His services were enlisted by the impoverished as well as the wealthy. Of the course of the stories that were released, Holmes solved mysteries for notable clients such as the French government and Scotland Yard. Though he began his fictional career with a shortage of finances, Sherlock Holmes would eventually grow to the point where he could comfortably retire in the later literary titles. How the detective treated the aspect of money was quite intriguing, as he would show visible excitement at the sign of a huge payday, but would not take even a lucrative and high-profile case if he wasn’t genuinely interested.

Though never really openly stating his versatility, Sherlock Holmes would display prowess in his knowledge of many different things. Often seen quoting excerpts from other literature in his stories, Holmes seemed to connect with many different readers through various elements. The detective would eventually describe himself as a very avid reader, and his incredible capacity for retaining knowledge and data worked to his benefit in this way. In addition, Sherlock Holmes was talented in various of forms of combat which would undoubtedly come in handy as he faced threats from nefarious characters in his stories. His well-rounded display of gifts is a contributing factor to how the detective has resonated with so many readers.
Read Full Description
Get This Game 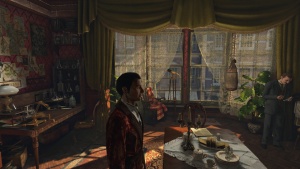 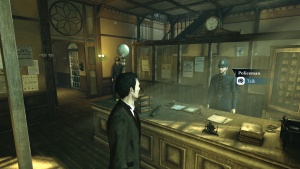