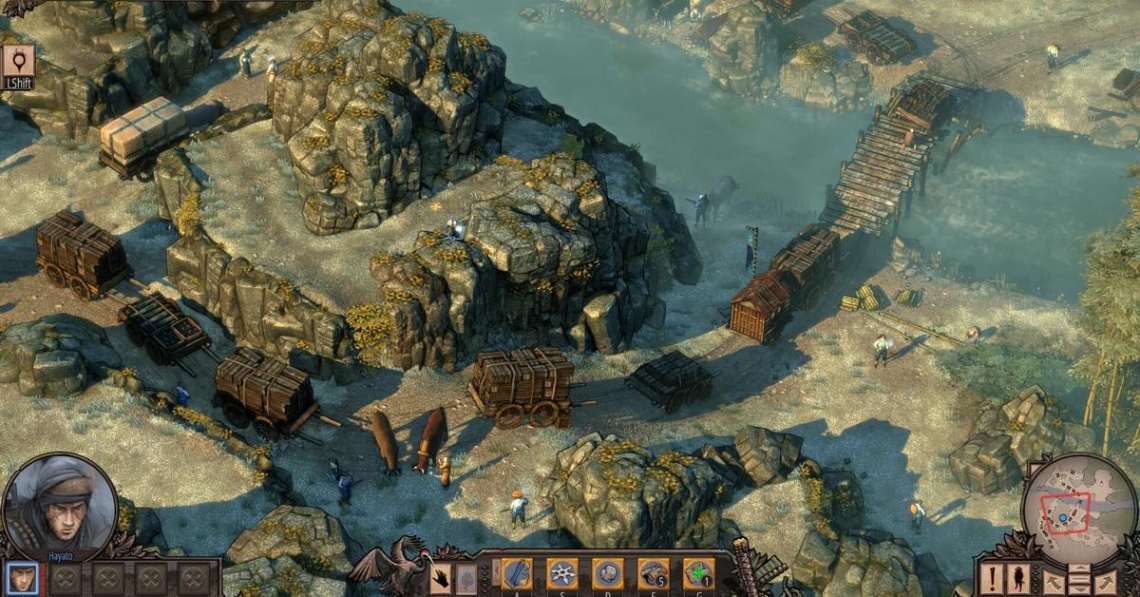 Shadow Tactics: Blades of the Shogun

action
adventure
indie
open world
puzzle
rpg
rts
single player
strategy
survival
third person
Release: 2016
Shadow Tactics: Blades of the Shogun is patterned after the Commandos games. It is a real-time tactics video game with an emphasis on stealth. The player commands a squad of up to five characters and must infiltrate heavily guarded enemy compounds. Each enemy guard has a cone of vision which the player characters must evade. If a guard spots a corpse or one of the player characters, he will raise the alarm, and additional soldiers will spawn from nearby buildings and begin patrolling the area. Thus a reckless approach will only make the player's task more difficult. The crux of the gameplay involves studying the patrol routes of the guards and their cones of vision, isolating a single guard by distracting his comrades, then killing said guard stealthily and hiding the body. In this way, the player can pick off enemies one by one in order to work toward the objective.

The environments in this game are more detailed and interactive than the environments of the Commandos games. Some objects such as vases and icicles can be dropped from a great height to either create a distracting noise or kill an enemy beneath (or both). Bushes can be used for concealment and to dispose of bodies. In night missions, the enemies' cones of vision are weakened, but standing in bright light makes you especially noticeable against the darkness. Whereas the Commandos games had mostly 2D environments, the environments in this game are rendered in a fully-3D, which means the camera can be rotated freely.

This article uses material from the Wikipedia article Shadow Tactics: Blades of the Shogun, https://en.wikipedia.org/wiki/Shadow_Tactics:_Blades_of_the_Shogun, which is released under the Creative Commons Attribution-Share-Alike License 3.0, https://creativecommons.org/licenses/by-sa/3.0/.
Read Full Description
Get This Game 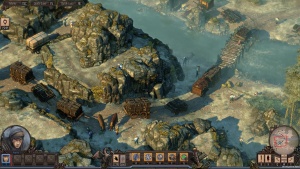 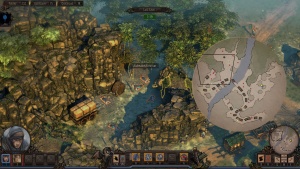