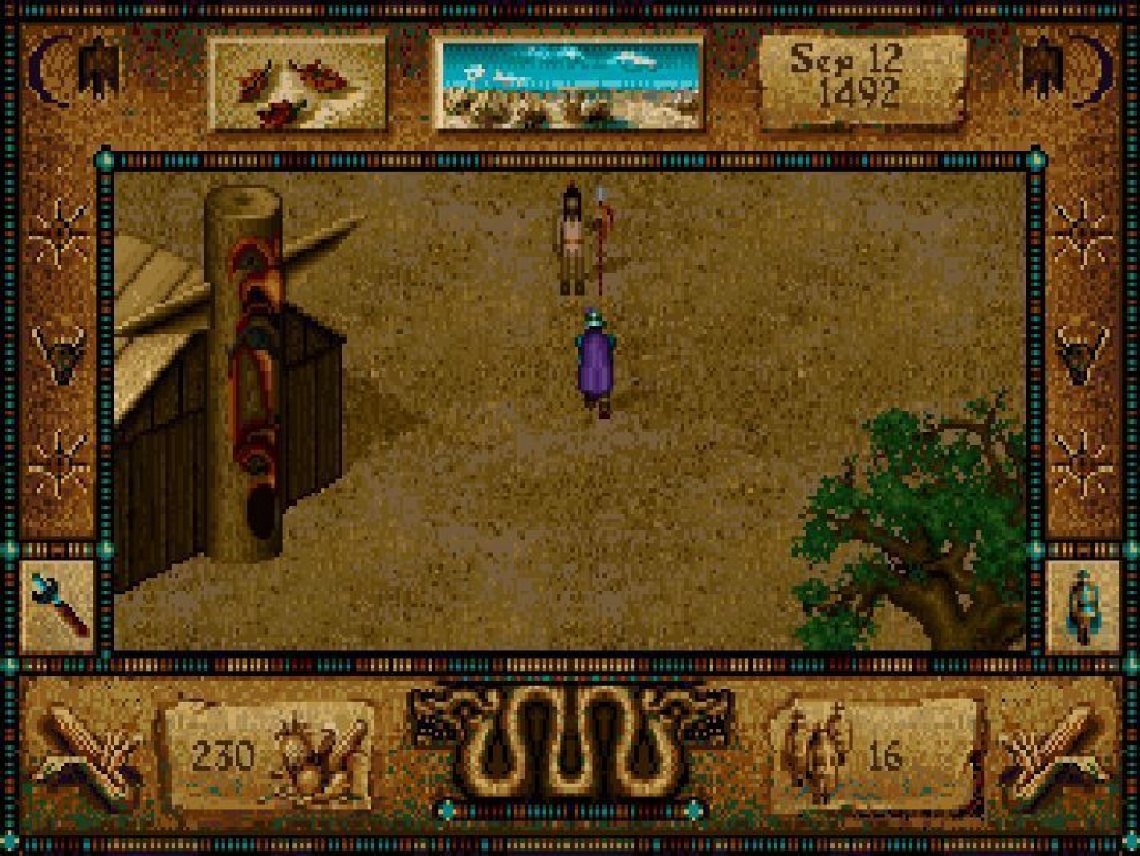 adventure
single player
strategy
Release: 1993
Screenshot of the Amiga version of Seven Cities of Gold
The game begins with the player having been given an exploration fleet by the Spanish crown, consisting of four ships, one hundred men, and some trade goods. The game appears showing a city in Spain, a fairly simplified 2D side-scrolling representation of the town consisting of the player's home, a palace, a pub and an outfitters. The player can walk about the town with the joystick, walking into the buildings in order to interact with them via menus. For instance, walking into the outfitters will bring up a menu allowing the user to buy supplies, men and trade goods. Interaction in Spain is fairly limited; the player soon moves to the ships, at one end of the city map, to leave port.
Read Full Description
Save & Play Game Later
Images & Video 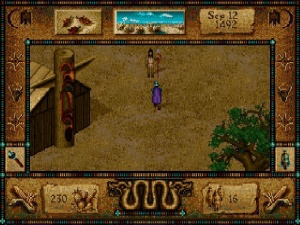 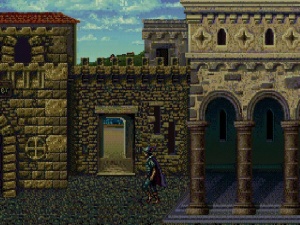