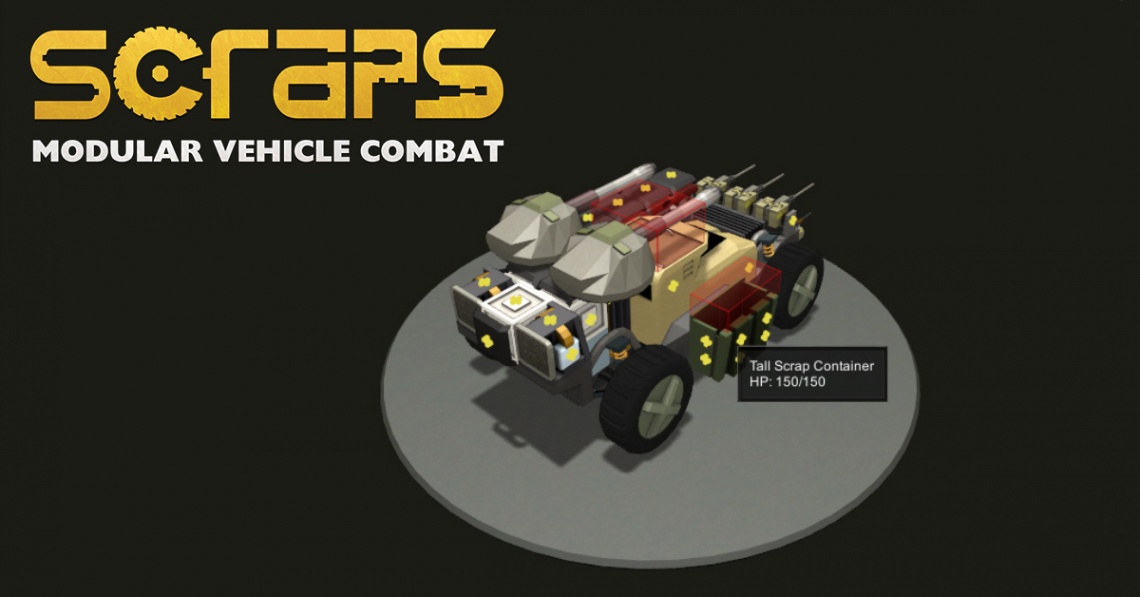 action
building
driving
early access
indie
multiplayer
pvp
racing
shooter
simulation
single player
strategy
tps
sandbox
Release: 2020
Scraps: Modular Vehicle Combat is a vehicle combat game where you build your vehicle from parts, and where success lies just as much in designing a well-crafted vehicle as in your combat skills. Design from the chassis up, then pit your creation against humans or AI in a combat arena. When you take out other players, scavenge from their wreckage to repair or upgrade your own vehicle in-game.

Scraps lets you create a vehicle that’s great or a vehicle that sucks. Maybe your vehicle falls over when it corners or doesn't have enough power to fire its weapons – that’s okay. Maybe it doesn't need an engine because it moves by firing its cannons backwards. You decide what you drive.

Your design choices aren't just cosmetic - they're truly functional and at the very least affect the weight and balance of your vehicle. Battle in single-player against the AI, on LAN, or over the Internet. Easily host your own LAN or Internet games. Using the Scraps demo version, your friends can join a LAN game even if they don't own the full game.
Read Full Description
Get This Game 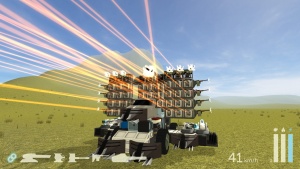 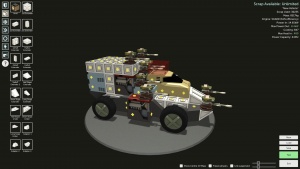 Scribbled Arena
Recommended for you

Shark Attack Deathmatch 2
Recommended for you

Scrunk
Recommended for you
Browse Games