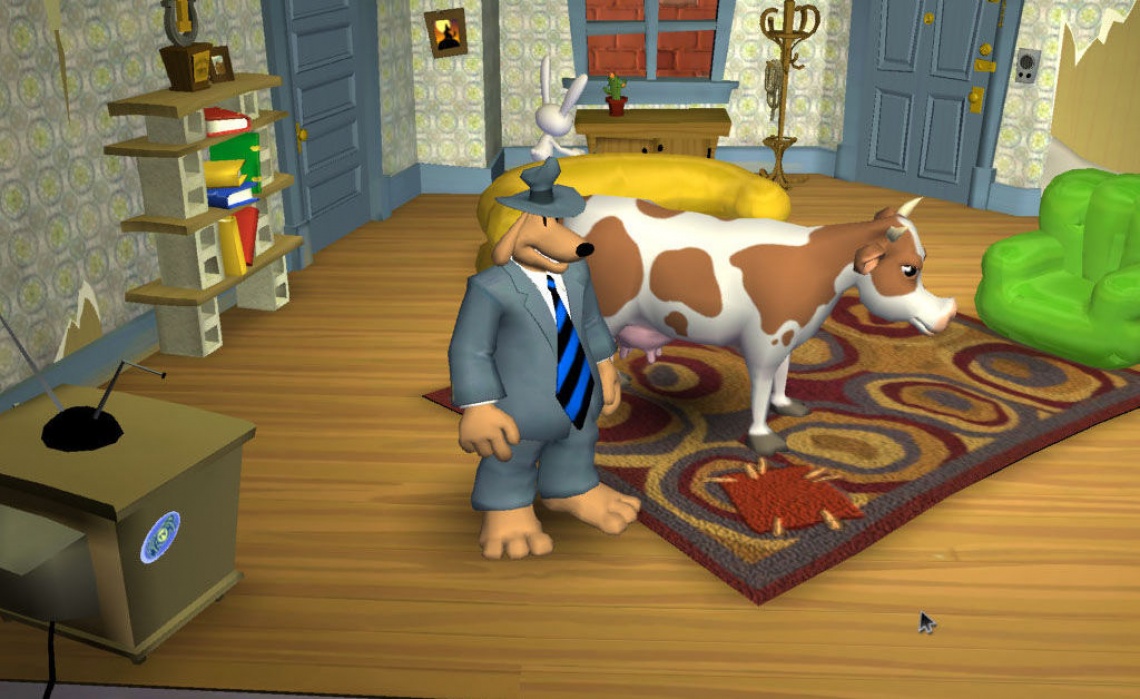 adventure
point and click
Release: 2007
Sam & Max Save the World is a graphic adventure video game developed by Telltale Games. The game was originally released as Sam & Max: Season One before being renamed in early 2009.
Sam & Max Save the World is a 3D graphic adventure game in which the player controls the character of Sam.[3][4] The player has Sam explore the environments of the game and solve a series of puzzles using a simple point-and-click interface.[4] The game's puzzles have logical solutions, although a number of them have far-fetched solutions due to the game's cartoon setting.[citation needed][5] Depending on the type of in-game entity a player selects using the cursor, the player can have Sam walk around an area, look at and comment on objects, pick up certain items or otherwise try to use them. Sam may also engage in conversation with non-player characters; when this occurs, the game presents a dialog tree with several subjects to pick from. Topics of conversation may directly involve the story or provide assistance with the game's puzzles, while others may be entirely unconnected. In some cases, the player may be able to choose dialog for Max to speak as well.[6]
The game implements an inventory system to allow Sam to store any items that the player picks up during the course of the game.[3] The player may select any of the items in the inventory and can then attempt to use them on objects in the game world or give them to other characters simply by clicking on the desired target.[7] Unlike Save the World's predecessor, Sam & Max Hit the Road, inventory items are context specific, and cannot be used together or combined to create new items.[8] Typically, Sam carries a gun that may be used to solve several puzzles.[6]
The characters can travel between a variety of locations in the game using their black and white 1960 DeSoto Adventurer,[9][10] which, when selected, will present the player with a list of available destinations. The DeSoto is also used for several driving sequences, usually involving pursuing or fleeing criminals in other vehicles.[11] In these driving sequences, the player can use Sam's gun, the car's horn, or have Max attempt to communicate with other vehicles via a megaphone. In addition, special inventory items may be used to complete specific puzzles within these sequences.[8] Driving sequences are also used for several minigames, such as pulling innocent drivers over for fabricated felonies.[12] In keeping with the developer's heritage from the LucasArts adventure games, Sam & Max Save the World is designed so that the player characters cannot die or reach a complete dead-end.[13]


This article uses material from the Wikipedia article Sam & Max Save the World, https://en.wikipedia.org/wiki/Sam_%26_Max_Save_the_World, which is released under the Creative Commons Attribution-Share-Alike License 3.0, https://creativecommons.org/licenses/by-sa/3.0/.
Read Full Description
Save & Play Game Later
Images & Video 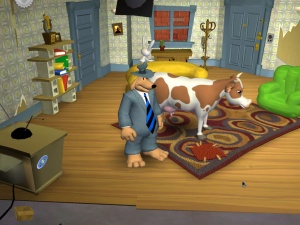 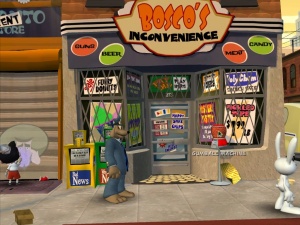