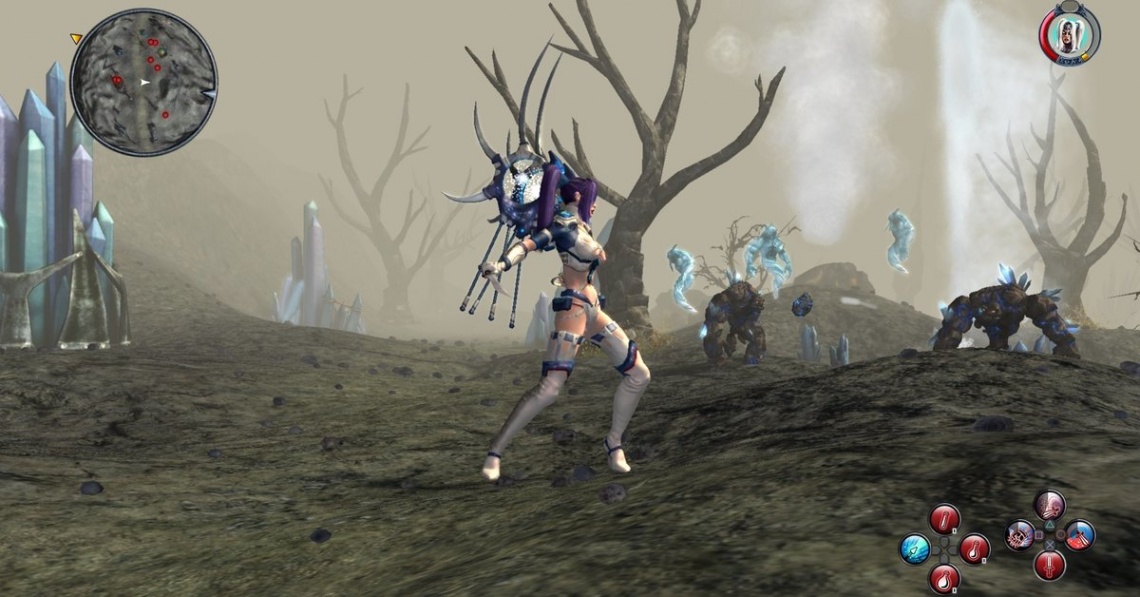 action
adventure
arp
fantasy
hack and slash
multiplayer
open world
rpg
single player
sandbox
Release: 2009
Campaigns
There are two campaign path choices: Light and Shadow. The player will select the path they want to follow at the beginning of the game, and this choice determines the ultimate goal of their character. Throughout the game, the paths intersect at different points. In one path you may be asked to help defend a town, while in the other you may be the person attacking the town.
World
Sacred 2: Fallen Angel features minimal loading times between regions. The surface map is 22 square miles (57 km2). The world also contains dungeons and caves going as far as 2 levels deep, and surface dwellings of up to four stories. Most of the action takes place in the open world above ground.
There are a variety of different regions, from arid desert to tropical rain forest. Every region differs in its climate, terrain, architecture, inhabitants, flora, fauna and lighting.
In addition to playable characters and enemies, there are different neutral creatures who inhabit the various regions, as well as enemies and NPCs (non-player characters).
NPCs are constructed to behave realistically within the Day/Night cycle. For example, merchants will be at home at night.
Classes
There are 7 playable fixed-gender classes, each of which has different class-specific equipment and animations that are dependent on the weapons being wielded. Maximum character level will be at least 200.
Seraphim: The Seraphim is the only class from Sacred that appears in Sacred 2: Fallen Angel. She embodies all that is good, and therefore she can only play the Light path.[12]
Shadow Warrior: An elite warrior, returned to life against his will after his death on the battlefield.[12]
High Elf: A student of magic, freshly emerged from the academy ready to explore the world and expand her knowledge.[12]
Dryad: Adept at ranged combat, nature magic and voodoo.[13]
Temple Guardian: Cyborg canine creature - adept at the mechanical and technological arts.[13]
Inquisitor: He embodies all that is evil, and therefore can only play the Shadow path.[13]
Dragon Mage
Mounts
Players are able to use horses as they could in Sacred, for transportation as well as in combat. Though players can engage in combat while riding a horse, they cannot execute Combat Arts, Sacred's version of special moves. Mounts do, however, add to character stats - acting as an additional equipment slot.[14] Each class also has access to a special unique mount type via a quest, that allows the use of Combat Arts whilst mounted, and even improves some of them. [15][16]
Quests
Ancaria has a variety of quest types. Current figures indicate that there will be 100 core campaign quests as well as 600 side quests. The side quests will include character specific quests, as well as quest related to the specific deity you choose when creating your character.
Customization
Character customization is accomplished in a variety of ways. In addition the choice of using a mount or not, and if so which, there is a wide variety of equipment and weapon types; the game features an RPG-standard set of equipment options.
Equipment can be generated with dozens of modifiers as well as sockets and both dropped and bought equipment is predominantly class-specific.
Players can modify their characters further by allocating stat points, choosing from a range of overarching skills which improve their special powers (combat arts), allow them to barter with NPCs or use different types of weapons. Players can also increase the level of their individual combat arts, pick and choose combat arts to execute together in "combos" and even further customize individual combat arts with additional effects.
Multiplayer
Sacred 2's multiplayer mode features "hot-swapping" capabilities, which allow players to leave their single player campaign, join a friend's game in multiplayer, then return to their single player campaign at the point they left off while retaining any levels and items that they received while in their friend's multiplayer game.
All platforms allow a variety of game modes, with five distinct multiplayer modes,[17] with the maximum number of players varying based on the platform and game type:
Microsoft Windows: Maximum of 16 players per game for PvP or free play, and 5 players (PvE - player(s) versus environment) for the campaign co-op mode.
PlayStation 3: Maximum of 4 players via PlayStation Network, or 2 offline.
Xbox 360: Maximum of 4 players via Xbox Live, or 2 offline.

This article uses material from the Wikipedia article Sacred 2: Fallen Angel, https://en.wikipedia.org/wiki/Sacred_2:_Fallen_Angel, which is released under the Creative Commons Attribution-Share-Alike License 3.0, https://creativecommons.org/licenses/by-sa/3.0/.
Read Full Description
Get This Game 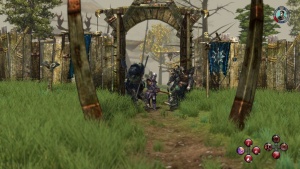 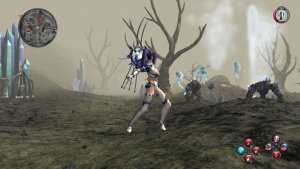