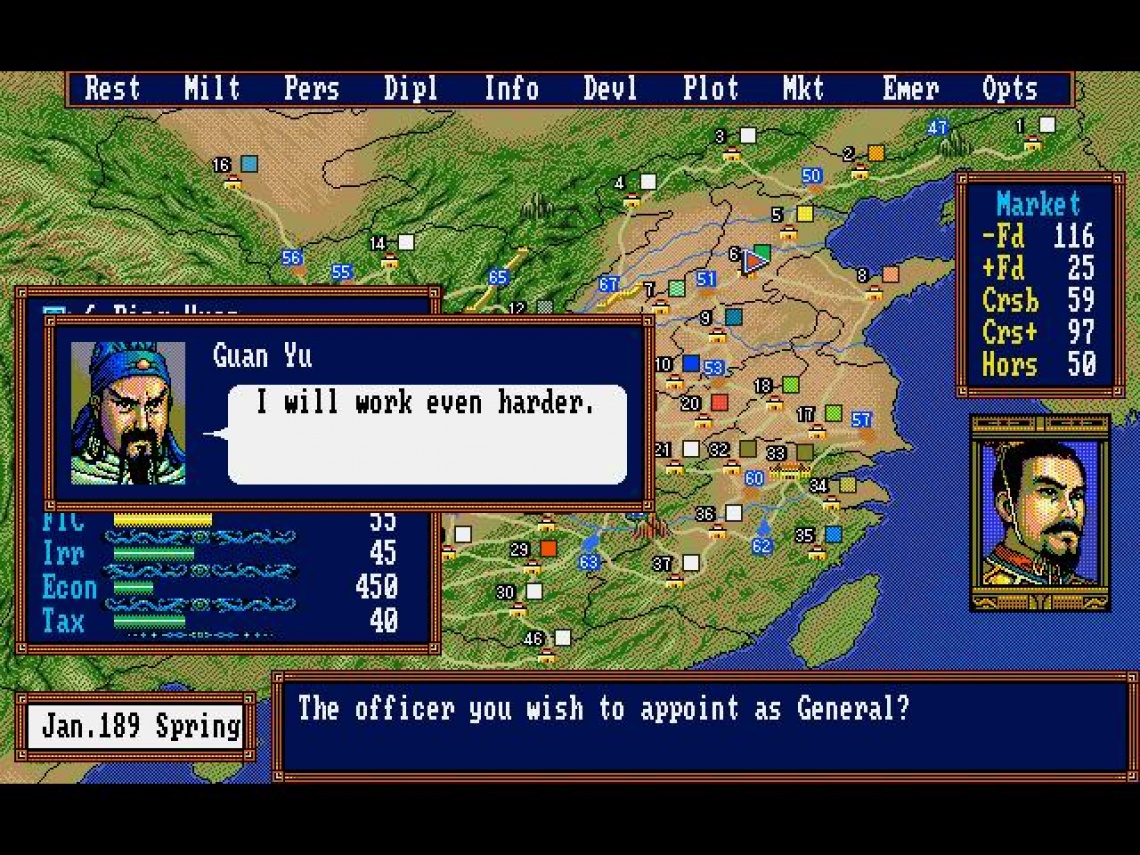 Romance of the Three Kingdoms III

strategy
Release: 1992
Romance of the Three Kingdoms III: Dragon of Destiny is the third in the Romance of the Three Kingdoms series of turn-based strategy games produced by Koei and based on the historical novel Romance of the Three Kingdoms. This version was released in Asia and North America for the PC, Super Nintendo Entertainment System and Mega Drive/Genesis. It is also the only SNES game to be fully translated into Chinese.
Upon starting the game, players choose from one of six scenarios that determine the initial layout of power in ancient China. The scenarios loosely depict allegiances and territories controlled by the warlords as according to the novel, although gameplay does not follow events in the novel after the game begins.
The six scenarios and the warlords present in each are listed as follows:

The PC-Engine CD-ROM version includes an additional scenario:
The Yellow Turban Rebellion (AD 184)
After choosing the scenario, players determine which warlord(s) they will control. Custom characters may be inserted into territories unoccupied by other forces. A total of 46 different provinces exist, as well as hundreds of unique characters. Each character has several statistics: War Ability, Intelligence, Politics, Charisma, Army Command, Naval Command.
The player wins the game by conquering all territories in China. This is accomplished by being in control of every province on the map. 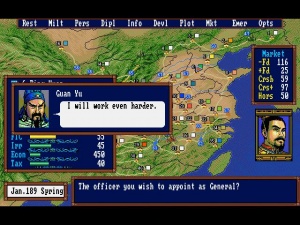 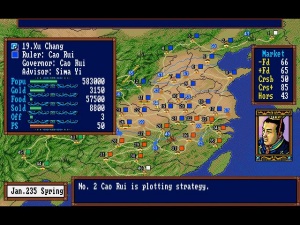