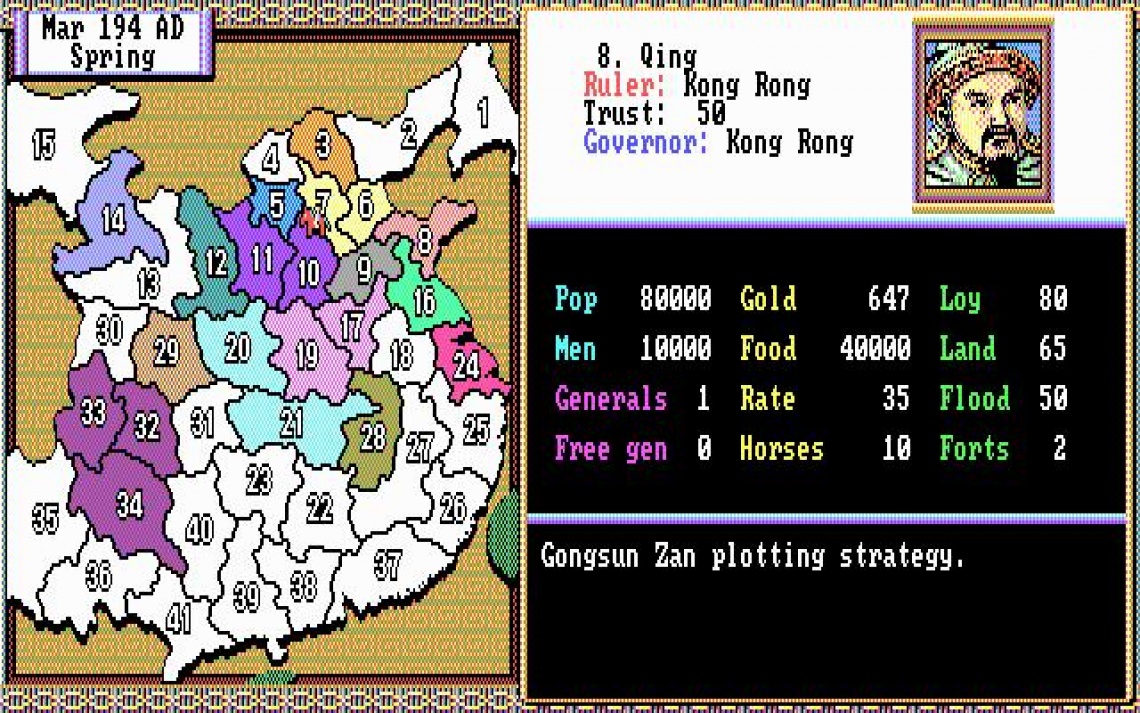 Romance of the Three Kingdoms II

strategy
Release: 1989
Romance of the Three Kingdoms II (Japanese: ???II Hepburn: Sangokushi Ts?, lit. "Three Kingdoms II") is the second in the Romance of the Three Kingdoms series of turn-based strategy games produced by Koei and based on the historical novel Romance of the Three Kingdoms.
Upon starting the game, players choose from one of six scenarios that determine the initial layout of power in ancient China. The scenarios loosely depict allegiances and territories controlled by the warlords as according to the novel, although gameplay does not follow events in the novel after the game begins.
The six scenarios are listed as follows:
1. Dong Zhuo seizes control of Luoyang (AD 189)
2. Warlords struggle for power (AD 194)
3. Liu Bei seeks shelter in Jing Province (AD 201)
4. Cao Cao covets supremacy over China (AD 208)
5. The empire divides into three (AD 215)
6. Rise of Wei, Wu and Shu (AD 220)
After choosing the scenario, players dete
rmine which warlord(s) they will control. Custom characters may be inserted into territories unoccupied by other forces, as well. A total of 41 different provinces exist, as well as over 200 unique characters. Each character has three statistics, which range from 10 to 100 (the higher the better). A warlord's Intelligence, War Ability and Charm influence how successful he or she will be when performing certain tasks, such as dueling or increasing land value in a province.
The player wins the game by conquering all territories in China. This is accomplished by being in control of every province on the map. 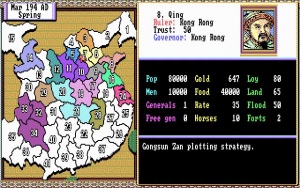 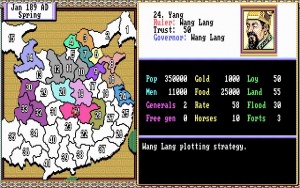