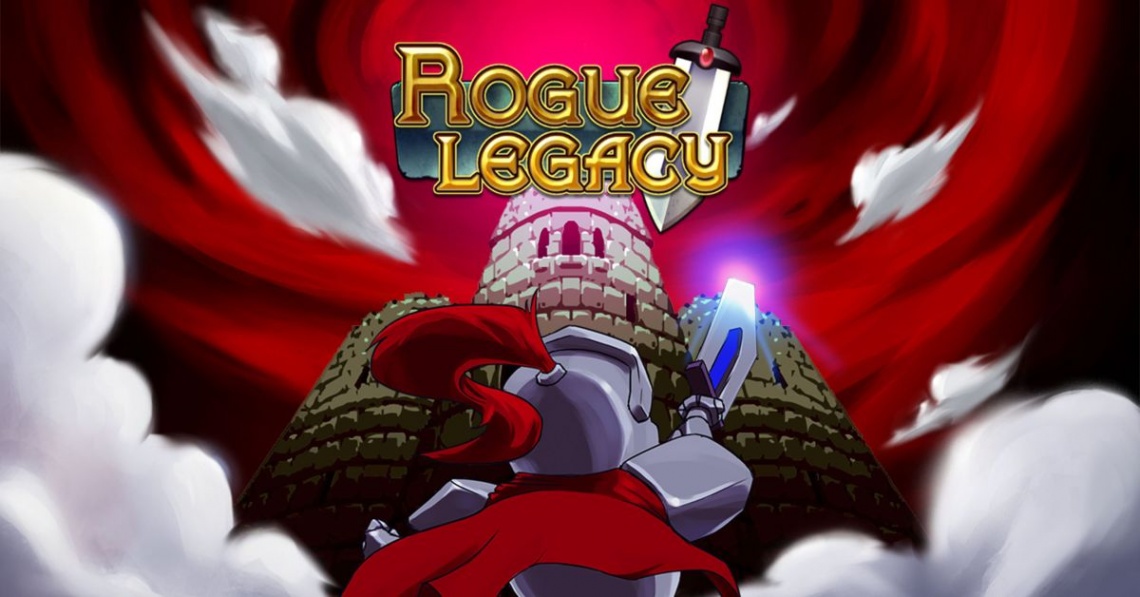 2d
action
fantasy
indie
platform
roguelike
rpg
single player
exploration
pixel art
side-scrolling
Release: 2013
The goal of Rogue Legacy is to explore a randomly generated dungeon, defeat four bosses in each of the four unique environments of the dungeon, and then defeat the final boss. Characters have the default ability to jump and slash with their sword, along with secondary abilities, such as magic attacks, which use mana.[7]
Whenever a character dies as a result of losing all of their Hit Points (HP), control will transfer over to one of three randomly generated heirs which the player may choose between, though this number may be increased to six with a later upgrade. Each descendant carries their unique characteristics and abilities,[8] including such genetic peculiarities as color-blindness (in which the game is presented in black and white), ADHD (in which the player moves faster) and dwarfism (in which the character is short and can fit into small gaps).
Gold found while exploring the castle is passed onto that character's heir and can be used to improve the abilities of any successive heirs. Gold can be found by smashing pieces of furniture, opening chests, or defeating enemies. There are also various fairy chests hidden throughout the castle, most of which require the player to complete an objective, such as taking no damage, in order to open.
Spending gold on the manor, which appears after a new heir is chosen, can increase stats, such as health and mana, and unlock and upgrade new classes that may be carried by one of the heirs. These include mages, which can use more advanced spells, warriors, who have higher strength, and assassins, who can use various stealth techniques and have an increased likelihood of having a critical hit.
Gold can unlock the blacksmith, the enchantress and the architect, who each provide their own services. The blacksmith can use blueprints found in the castle to create new armor and equipment for the player, improving their stats. Similarly, the enchantress can use runes found in fairy chests to give the player enhancements, unlocking additional abilities such as double jumping and dashing. Finally, the architect can lock down the design of a previously encountered castle (so that a new one isn't randomly generated) in exchange for a percentage of any gold found.
Any unspent gold must be paid to Charon in order to enter the castle, though upgrades can reduce the amount required to pay.

This article uses material from the Wikipedia article Rogue Legacy, https://en.wikipedia.org/wiki/Rogue_Legacy, which is released under the Creative Commons Attribution-Share-Alike License 3.0, https://creativecommons.org/licenses/by-sa/3.0/.
Read Full Description
Get This Game 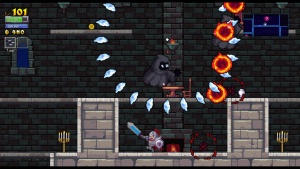 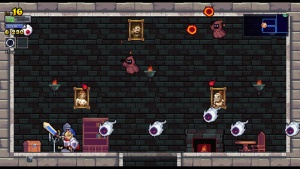