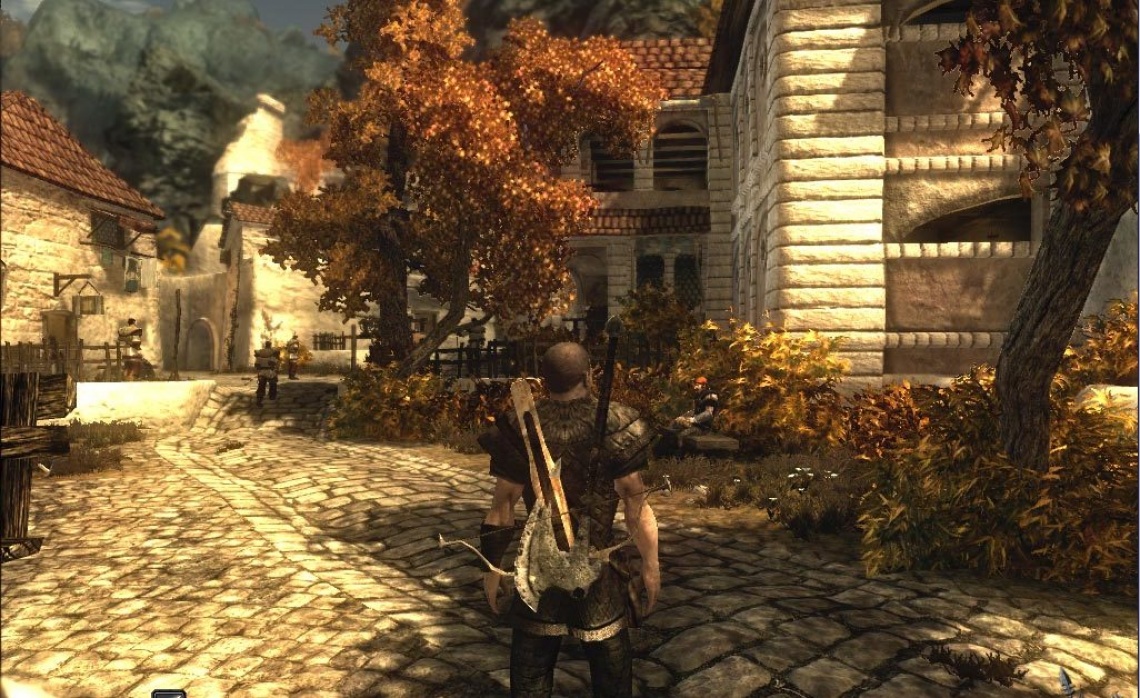 action
adventure
fantasy
open world
rpg
single player
exploration
sandbox
Release: 2009
The player technically has access to most of the island right from the beginning of the game. However, the paths leading further into the island are almost always blocked by numerous wild creatures that can easily overwhelm and kill a beginner character. After the player character acquires better skills and equipment, he can explore the island with much more freedom.
Risen has smaller areas that can't be accessed until later. Creatures do not respawn in the first part of the game, but do so in later parts. The island is also said to contain easter eggs.[3]

Combat
Risen is an action RPG with a strong focus on combat. The combatants, including the player and enemies, has access to different attack moves, as well as parries, blocks, and dodges. Whether an attack connects depend on the positioning of the combatants, the usage of shields (without shields, player cannot block projectiles or attacks from shorter creatures) as well as the nature of the attack (stronger attacks can knock aside shields, leaving the target open for follow up strikes; magic attacks cannot be blocked, etc).
Players have access to a wide array of weapons divided into 3 melee types (swords, axes and staffs) and two ranged types (bows and crossbows). Most weapons have a minimum Stat requirements (typically Deterity for bows, and Strength for the rest of the weapons).

Skills
Corresponding to the weapon types, player has access to 5 weapon skills. Improving skills with melee weapon unlocks additional offensive and defensive options.
The game also features various non-combat skills such as pickpocketing or lock picking for alternate ways of completing quests. The game features a simple crafting system, where players with enough skills in smithing and alchemy can combine raw material into useful equipment or potions.
Magic in Risen can be divided to two broad types: Crystal Magic and Rune Magic. With Crystal Magic, player can launch magical projectiles that damage enemies. This skill is trained similarly to weapon skills. Rune Magic has 4 tiers, corresponding to the complexity of spells that can be cast. Spells are mostly non-combat and have a wide variety of usage, either to solve puzzle (like levitation, telekinesis) or provide buffs (speed, strength or armor).

Level up
Players gain level by accumulating experience points, usually through killing enemies and completing quests. When gaining levels, players are awarded Learning points. These points can then be used at NPC trainers (along with money) to improve skills and attributes.
There is no fixed character class to choose from. Instead, players can technically train any skill at the appropriate trainers. Any limitations are usually explained from a story-line point of view. For example, the player character can only learn Mages's skills (Rune Magic) if he joins the Mages. Similarly, the best sword trainer is a Bandit, and will refuse to train the player character if he is a Mage or Warrior of the Order.
Quests conversations are fully logged in a quest diary. Maps are available, along with "quest maps" on which objectives are marked. Non-player characters are voiced in English.
An IGN reviewer wrote that Risen resembles the Gothic games in "the general ambiance of the world[,] the presentation, feel of gameplay, and style of exploration" but is more "user-friendly" than the "more hardcore Gothic games".[4]

This article uses material from the Wikipedia article Risen (video game), https://en.wikipedia.org/wiki/Risen_(video_game), which is released under the Creative Commons Attribution-Share-Alike License 3.0, https://creativecommons.org/licenses/by-sa/3.0/.
Read Full Description
Get This Game 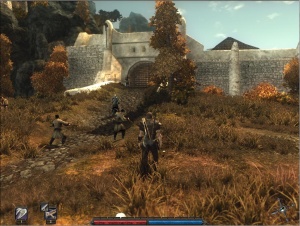 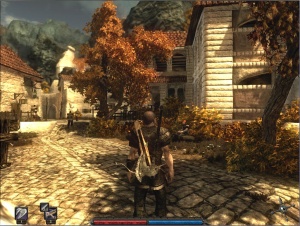