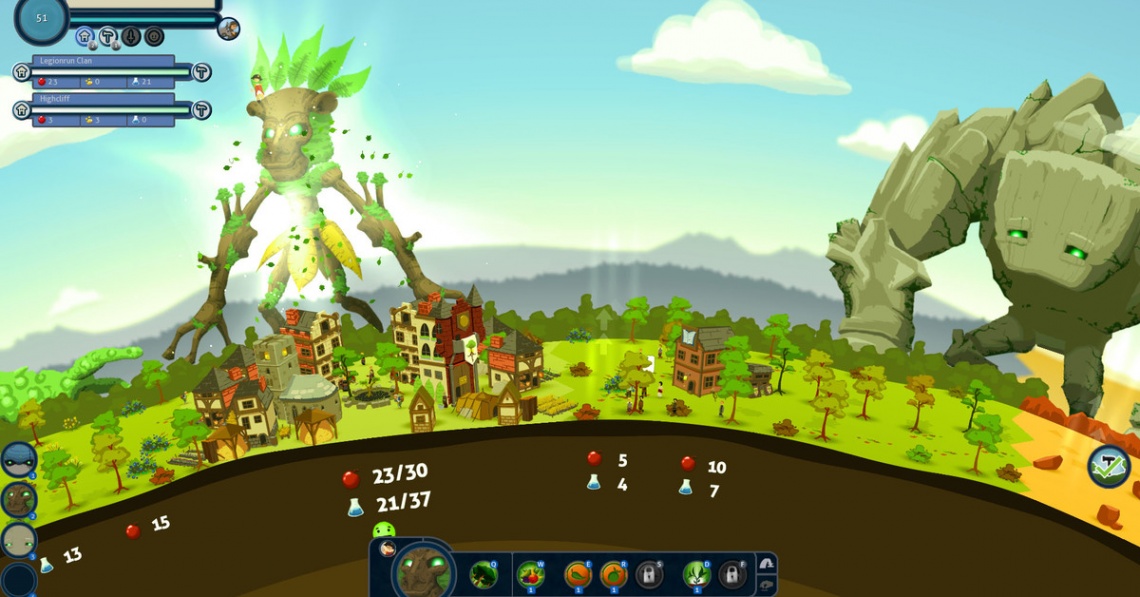 indie
simulation
single player
strategy
Release: 2013
Reus is an indie game produced by independent game studio Abbey Games. Reus is a god game in which the player controls giants who can modify the nature of the planet through terraforming, creating life, and altering genes. The game was released for Microsoft Windows on May 16, 2013.

Reus involves guiding four elemental giants who have the ability to shape the two-dimensional planet. The giants can provide resources on each "patch" of land, such as animals, plants, or minerals. The goal is to provide support to the planet's humans, who act on their own and cannot be directly controlled. The actions of the player can influence the humans' behavior; for example, providing humans with too many resources can cause them to be greedy and wage wars with each other.
Read Full Description
Save & Play Game Later
Images & Video 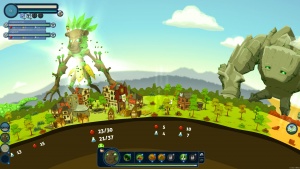 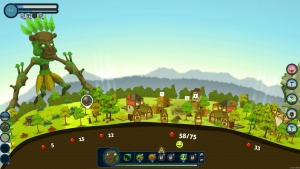