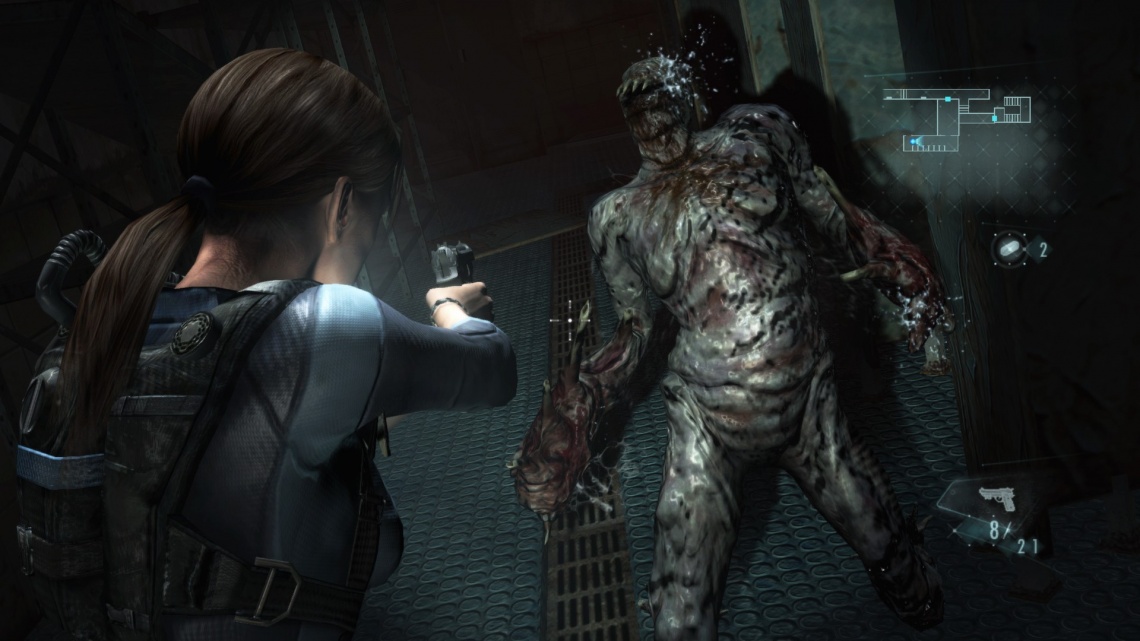 action
horror
survival
zombies
Release: 2013
Resident Evil: Revelations is a survival horror game where the player controls the on-screen character from a third-person perspective to interact with the environment and enemies. In the game's single-player campaign, the player must complete a series of scenarios collected together into episodes. Most of the scenarios involve the player controlling Jill Valentine aboard a ghost ship in the Mediterranean Sea, but some require the player to play as other characters in different settings. To finish a scenario and proceed to the next one, the player must complete certain objectives such as solving puzzles, defeating a boss, collecting keys that open doors to new areas, and reaching a specific point in the game, among others.

As a survival horror game, Revelations emphasizes survival, evasion, and exploration over fast-paced combat by providing the player with limited ammunition, health, and movement speed. The player has the ability to run, climb ladders, swim and dive underwater for a limited period of time. Up to three firearms can be carried at one time, in addition to grenades and the standard combat knife. Firearms range from handguns to shotguns, submachine guns and rifles. When aiming a firearm to shoot enemies, the gameplay switches into a first-person perspective. Playing as Jill, the player can upgrade firearms by finding special items throughout the game. The player may also perform melee attacks when an enemy has been stunned after being shot at the right time. Ammunition and health suppliers are dispersed among the game to help players increase their resources. A device called Genesis can be used to scan and find items hidden throughout the game's environments. The game also features an automap to help players navigate the game.

In addition to the single-player campaign, Revelations offers a more action-oriented mode, called Raid Mode, where one or two players may fight their way through a selection of altered scenarios from the single-player campaign. These usually feature enemies of varying power for the player to defeat. Once a scenario has been completed, the player is rewarded with experience and battle points that can be exchanged for various weapons and items at a store. Gaining experience and acquiring new equipment allow players to progress to higher and more challenging scenarios. As the player progresses throughout the game, the player may also unlock numerous characters for use in both the single-player campaign and Raid Mode, with each character having a different set of abilities and melee attack. The game supports a StreetPass functionality that allows different players to exchange items for use in the game.

This article uses material from the Wikipedia article Resident Evil: Revelations, https://en.wikipedia.org/wiki/Resident_Evil:_Revelations, which is released under the Creative Commons Attribution-Share-Alike License 3.0, https://creativecommons.org/licenses/by-sa/3.0/.
Read Full Description
Get This Game 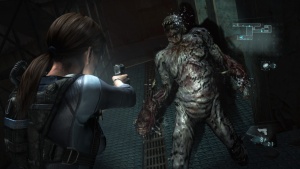 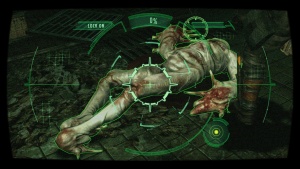