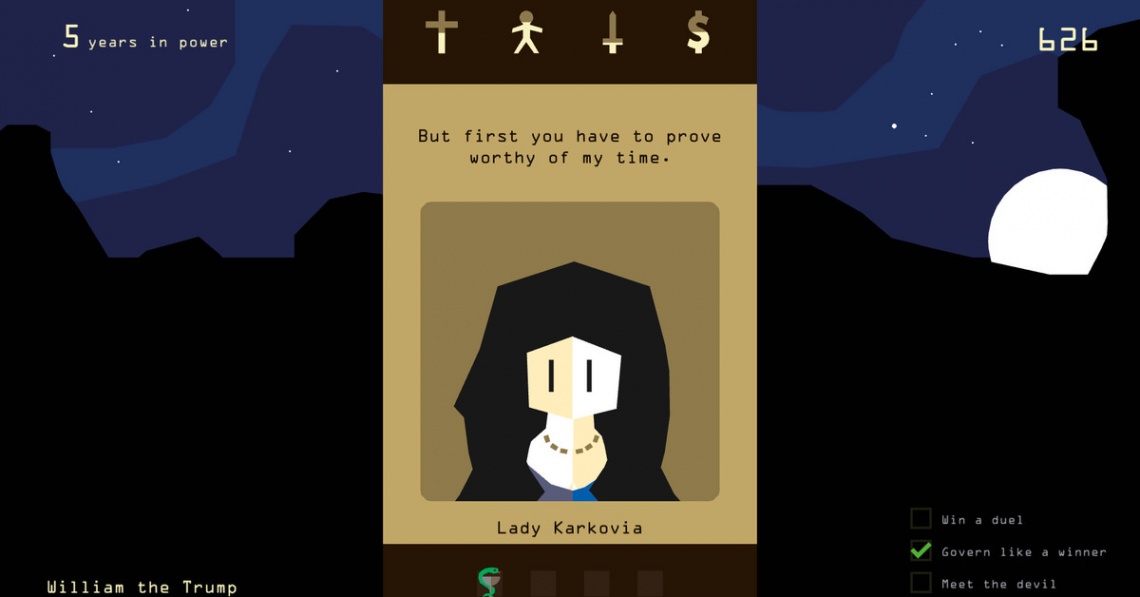 adventure
indie
rpg
simulation
single player
strategy
Release: 2016
Assuming the role of a medieval king, the player swipes left or right on a card depicting an advisor, in order to accept or reject their suggestion. Each decision will have a consequence, changing the balance between the four pillars of the society: The church, the people, the military, and wealth. The king's reign ends whenever one of the four metrics becomes too high or too low, and the game continues with the player controlling his heir.
Throughout the course of the game, the player may experience different kinds of events, which are scripted or caused by the player's decisions. Such events can have one-time or recurring effects on the game, such as causing the death of the next advisor if their suggestion is rejected.
Read Full Description
Save & Play Game Later
Images & Video 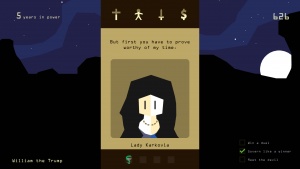 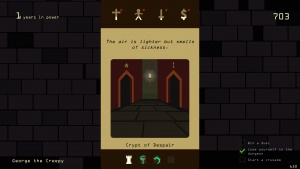