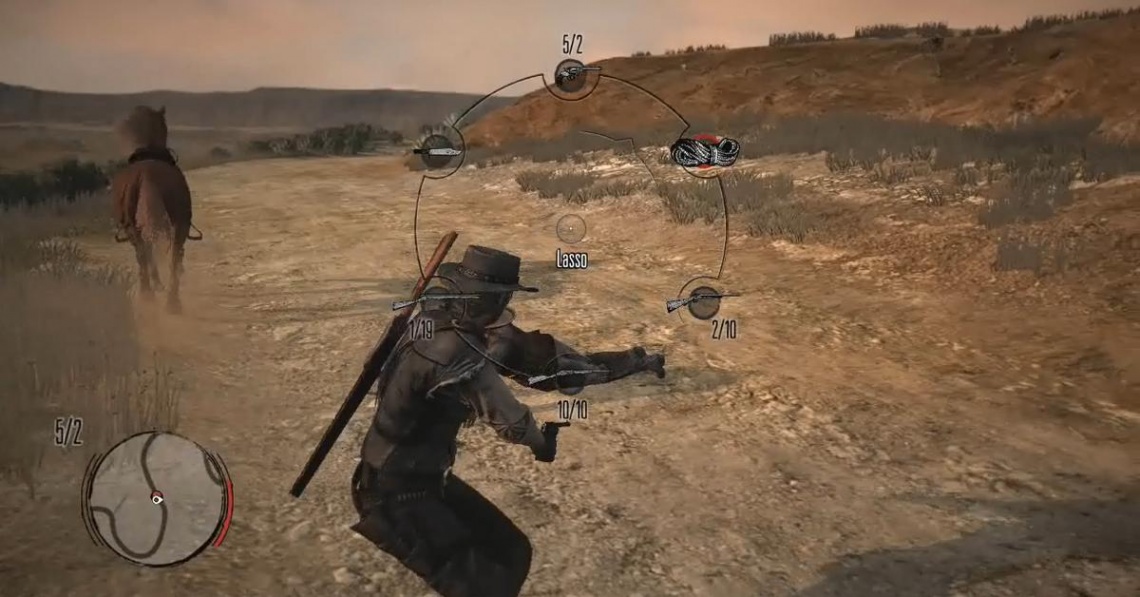 action
adventure
multiplayer
open world
single player
strategy
tps
Release: 2010
Red Dead Redemption is a western action-adventure game played from a third-person perspective. Players control John Marston, and complete missions—linear scenarios with set objectives—to progress through the story. Outside of missions, players may freely roam the open world. Players interact with the environment and engage in combat with enemies, using various firearms. Different breeds of horses are the main forms of transportation, each with different attributes. These horses must be tamed in order to use them. Marston can utilize trains for quick travelling, but he can also stop the train by threatening or killing the passengers or driver. The game's undeveloped land makes up the largest portion of the game world, featuring various rugged and vast landscapes with occasional travelers, bandits, and wildlife. Urban settlements range from isolated farmhouses to crowded towns. Besides the American West, the player can also traverse a fictional Mexican state bordering the United States.

This article uses material from the Wikipedia article Red Dead Redemption,
https://en.wikipedia.org/wiki/Red_Dead_Redemption which is released under the Creative Commons Attribution-Share-Alike License 3.0, https://creativecommons.org/licenses/by-sa/3.0/.
Read Full Description
Get This Game 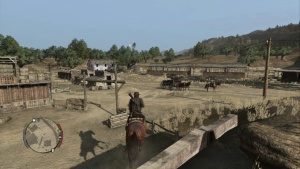 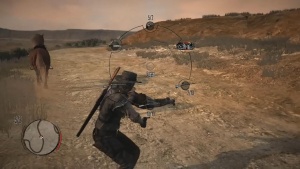