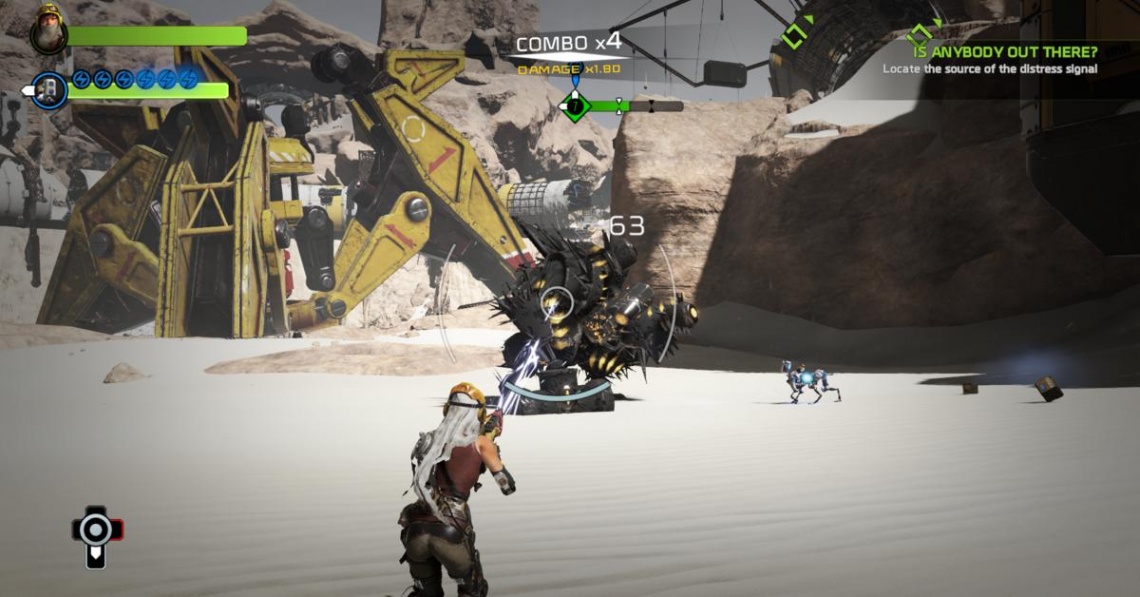 action
adventure
puzzle
single player
third person
Release: 2016
ReCore is an action-adventure platform game played from a third-person perspective. It centers around Joule Adams and her three robotic machines known as corebot companions, whose function is to aid her in combat and puzzle solving; these types of machines are amenable to improvement, should players find the blueprints and materials to do so, which grants upgrades to their attack and defense. The machines' cores can be swapped between them, changing their abilities in succession, and their frames are rearrangeable. Players can level up Joule's weapons and vitality. Ranged weapons have three kinds of ammunition that serve the purpose of taking down an enemy with a matching color: red, blue and yellow. Furthermore, if one of Joule's corebots matches the color of an enemy, it will thus inflict more damage in combat. Joule also wields a grappling hook that she uses to extract her enemies' energy cores after a certain amount of damage is done.Joule must dodge, jump or dash quickly to avoid taking damage while engaged in enemy conflict. 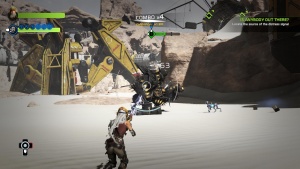 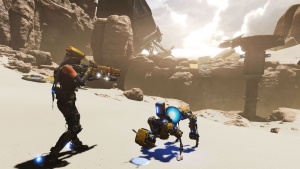