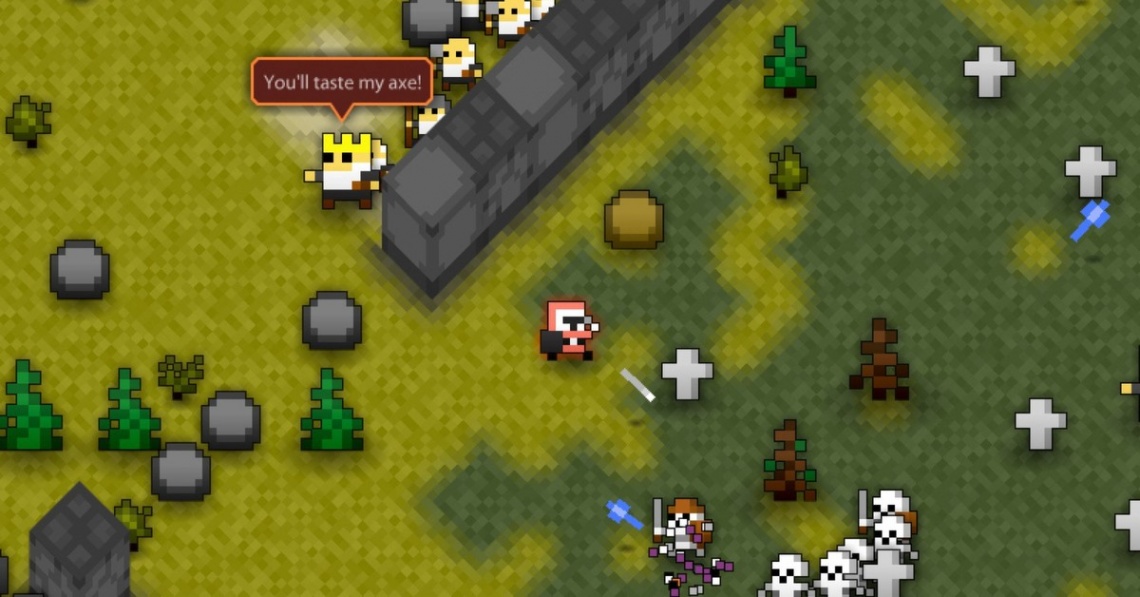 Realm of the Mad God

2d
action
adventure
free to play
mmo
open world
roguelike
rpg
survival
pixel art
Release: 2012
The HUD on the right-hand side displays a mini-map of the player's current server as well as the current character's statistics and inventory. The mini-map of the realm is initially blank, but areas can be revealed as a player traverses through the map. Player and NPC chat appears the lower left corner of the screen.

The game consists of players shooting projectiles from their weapons and destroying enemies to earn experience, fame, and equipment. A character moves around using the WASD keys (though other controls can be chosen) and uses the mouse to aim and clicks to shoot.[5] Contrary to usual practice in MMOs, the experience for killing monsters is awarded in full to each player present, rather than split. Because of this, it is generally advantageous to group up when fighting enemies. Players also have the ability to instantly teleport to any player on the map under a cooldown of 10 seconds.

After a certain amount of experience has been earned, the player levels up and their attributes are raised, allowing them to become stronger, fight more powerful enemies, and unlock more classes. The maximum level a player can achieve is level 20. The player can then gain "fame" on their character, which eventually grants permanent stars that indicate accomplishment. If enough fame is earned for a character, it may be placed on the game's leaderboard upon death. Character death is permanent, meaning that the character's items and statistics are lost. When a character dies, the amount of fame earned is tallied and added to the player's overall balance and can be used to purchase certain items in-game.

Players begin their game sessions in the Nexus, a safe haven which can be teleported to at any time. In the Nexus, players may either buy consumables using gold purchased with real-life money or they may trade with another character. The Nexus allows players to teleport to "realms" (game map instances present on the server). Each of these realms are named after powerful monsters in the game (i.e. Medusa, Djinn, Cyclops, Beholder). The capacity of each realm is 85 people at once, and a full realm cannot be entered until a player in it dies or leaves. However, if many players attempt to enter a realm at the same time, the player count can exceed 85.
During gameplay, the player is directed to "quest" monsters which are indicated by a red marker at the edge of the game window. As their character levels up in the realm, they are guided from the "Beaches" and "Lowlands" areas at the edges of the map, through the "Midlands" and "Highlands," and to the more difficult "Godlands" in the center of the map. The Godlands hosts powerful monsters known as the Gods of the Realm. Completing certain quests allows "event" bosses to spawn, which can be killed to obtain higher-tier loot and open portals to the rarest dungeons.

Killing high-level monsters can grant the player permanent stat boost potions, which are rare and exist in eight variations that correspond to the major attributes (life, mana, vitality, wisdom, defense, dexterity, attack, and speed). Consuming stat potions allows the player to improve their characters stats after reaching the highest level, which can be done until the attribute is maxed out (indicated by its text turning gold). Upon death, the size of the grave left behind corresponds to the number of stats maxed. Items could previously be retrieved from graves, but this functionality was removed as it led to players luring others to their doom to loot their graves.

Once enough quest heroes and event bosses are defeated in a realm, players are teleported to Oryx's Castle where they must face the Mad God himself and his minions. If Oryx is defeated, he escapes to the Wine Cellar, another dungeon which can be accessed by a rare in-game item, where players may fight him again and finally destroy him. The rewards of the Oryx boss fights are some of the rarest and strongest equipment available in the game.

The 14 classes currently available are Wizard, Priest, Archer, Rogue, Warrior, Knight, Paladin, Assassin, Necromancer, Huntress, Mystic, Trickster, Ninja, and Sorcerer. Players begin with only the Wizard class unlocked and successively unlock the remaining classes as they gain experience with each class.[6] There are 8 main stats: defense, attack, speed, dexterity, vitality, wisdom, mana, and life. Each class has its own weapon, armor and ability specifications, base statistic averages and statistic caps. For example, Warriors, Knights, and Paladins have high defense and are the only ones that can use swords and heavy armor, while the Assassin, Rogue and Trickster have the highest potential movement speed and dexterity (rate of fire) statistics and can only use daggers and leather armor.

Items are classified into tiers, with higher tier items having better stats. Tiers range from T0-T13 for weapons, T1-T14 for armors, T0-T6 for rings, and T0-T6 for abilities.[7] Some items are un-tiered, giving them a special classification. These items are typically unique, with examples including limited use items, powerful weapons, armor, rings, abilities, and April Fools' Day accouterments. The best items appear in special bags, known as White bags, Purple bags, Cyan Bags, or Potion Bags. These bags are will only drop for players who have delivered a certain percentage of the damage to a monster and can be seen and picked up only by the player it dropped for. Un-tiered (UT) items are "soulbound" as well, meaning it is unable to get picked up by any other player or traded to another player.

The game features guilds each allowing for a maximum of 50 players. A guild costs the founding player 1000 fame to name and create, and has a guild hall which can be accessed by members of the guild. Upon a member's death, guild fame is earned proportionally to the amount of fame that the player earned. Guilds can buy upgrades such as larger guild halls and cosmetic features with the guild fame.[8]

This article uses material from the Wikipedia article Realm of the Mad God, https://en.wikipedia.org/wiki/Realm_of_the_Mad_God, which is released under the Creative Commons Attribution-Share-Alike License 3.0, https://creativecommons.org/licenses/by-sa/3.0/.
Read Full Description
Get This Game 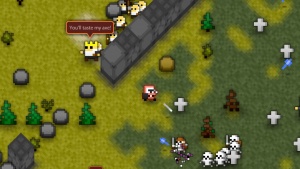 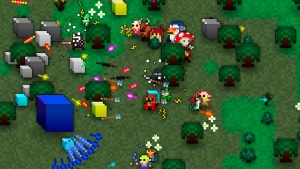