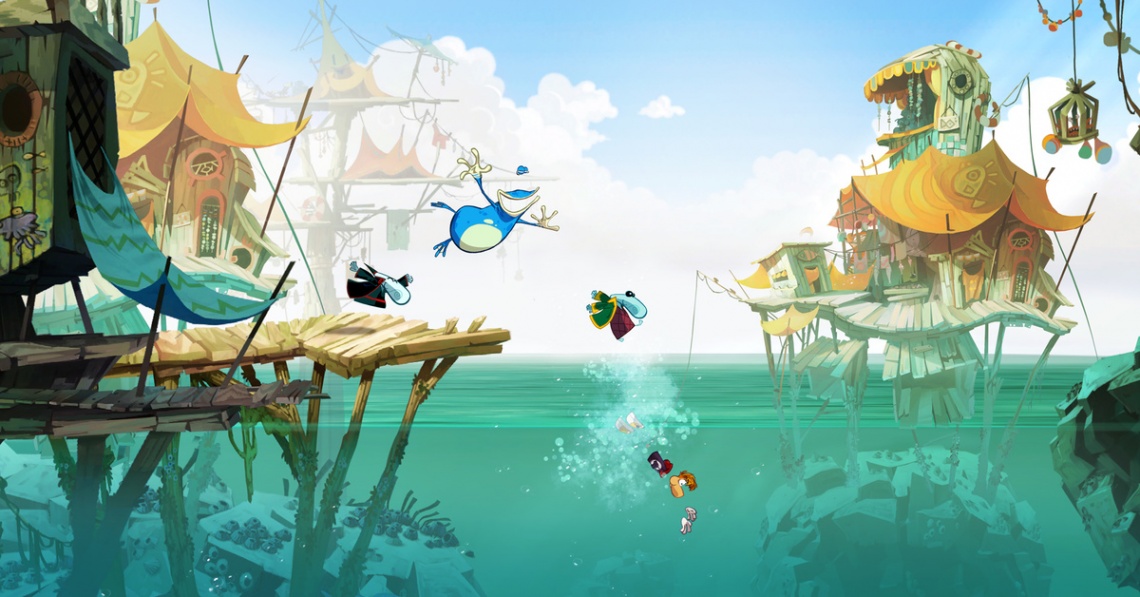 action
adventure
Release: 2012
Rayman Origins is a side-scrolling platformer, the same style as the original Rayman game. Rayman Origins is playable with up to four local players who may drop in or out at any time. Players can choose to control either Rayman, Globox or two Teensies, with additional costumes available as the game progresses.[7]
Players travel through each level, fighting enemies and rescuing imprisoned Electoons. As the game progresses, players gain new abilities such as running up walls, gliding in midair, swimming and shrinking in size to reach new areas. Certain segments also see players riding a mosquito, where players can shoot enemies or inhale and fire them. If a character is hit by an enemy or obstacle, they will "bubblize", or inflate into a ballooned state. To get out of this state, another player can slap, or jump on them, similar to New Super Mario Bros. Wii. Players can also collect hearts that will protect them from one hit. However, if all players are bubblized simultaneously, or if a character is hit during single play, they will explode and the play will return to the last checkpoint, normally a Darkblocker where the player had go through before, or the last place where the player broke a cage. Throughout each level, players can collect yellow Lums, which they will need for Electoons. When a character collects a Lum King, it turns all Lums red for a short time. Red Lums are worth two yellow Lums.[5][8] There are also Skull Coins placed in hidden or dangerous areas. They are worth 25 Lums if successfully collected. If the player gets harmed while collecting a Skull Coin, they will lose it. In this situation, the player must try again to get the coin.
In order to progress through certain parts of the story, players need to free Electoons. The most common way to get Electoons is to free them from cages; there is one at the end of each level, with more to be found in hidden areas and are guarded by several enemies that collectively use a forcefield to protect the cage, the team must defeat every single enemy that uses the forcefield, then the cage can be destroyed. The cage can only be damaged on the side which has a green padlock. Most of the cages are hidden away in secret passages, so once the Electoons are free, they will create a portal which leads to the outside of these passages. Each level contains a medallion that shows how many Electoon challenges the players completed, such as break a single cage, collect a specific amount of Lums or beat the clock whilst the level has been completed. In every level there are hidden cages ranging from 1 to 3. More Electoons can be earned by collecting a certain amount of Lums within a level and clearing Time Trials that are unlocked after clearing a level once. Scoring high marks in either of these challenges can also earn medals and trophies. Players can also unlock special 'treasure chest' levels, in which they must chase a runaway treasure chest across a dangerous course in order to receive a skull tooth.[9] Completing all of the teeth grants access to the bonus level, The Land of the Livid Dead.[10]
While every version of the game is nearly identical due to the game engine's high versatility, there are some minor differences across platforms. The Wii version of the game takes advantage of the versatility (though not the motion controls) of the Wii Remote to provide three different control schemes, while the Nintendo 3DS version displays the player's current progress during a particular level on the touchscreen. The PlayStation Vita version has some additional unlockable content, and the PlayStation 3 and Xbox 360 versions support online achievements. 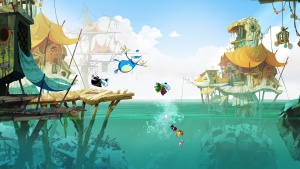 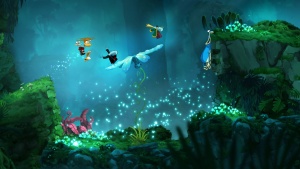