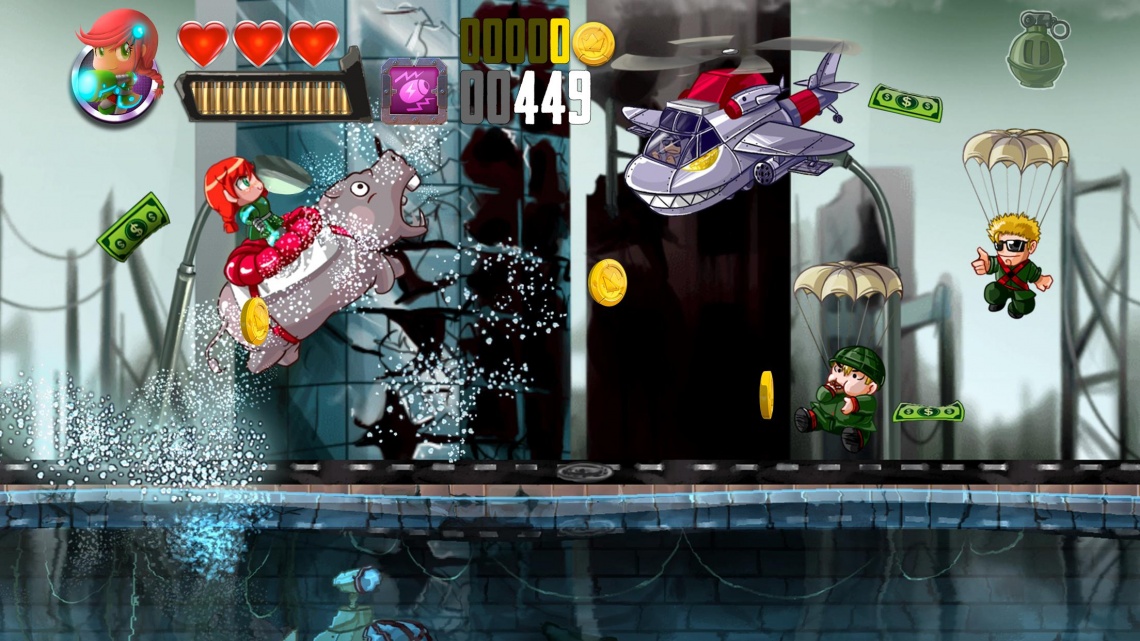 2d
action
adventure
arcade
casual
early access
free to play
shooter
single player
Release: 2018
Grab your flamethrower and help Mambo and his troop of heroes to save the world from the General’s Evil Army in this 2D shoot’em up adventure! Ramboat: Shoot and Dash uniquely blends the genres of action, shooter and jumping games, the best jump endless shooting experience.

Do you like run and gun? Then you’ll love this 2D shooter action-packed adventure! Face hundreds of soldiers, tanks, submarines, robots and don’t stop jump and shoot on a new shooting runner game whilst firing powerful weapons and ride your ship like a jetpack. Survive an army of soldiers, paratroopers, rocket launchers and epic enemy bosses. Are you addicted to run and shooting?

Your escape begins, by an intuitive and simple one-finger control you will become a bullet killer, jump and shoot on your screen and destroy the enemy army on a 2D shooter action simulator. Instant casual action, endless shooting runner in your mobile or tablet in one of the best gadgets game from Google Play!

During your run, get power ups to increase your firepower and collect coins to upgrade your 2D shooter guns and bullet force, buy amazing vehicles and improve your skills. Be a stronger agent, jump and gun in each battle and be the hero our team needs. What is the highest combo you can get on this action-packed jumping shooting adventure?

Jump or dash, run or shoot, what if we try this bullet game? Feel the blistering pace and the heat of battle in your hands. Assault all scenarios with your favorite hero and resist each challenge in an jump and gun adventure. You have never seen before such an exciting and 2D shooter runner game! Will you survive this war?
Read Full Description
Get This Game 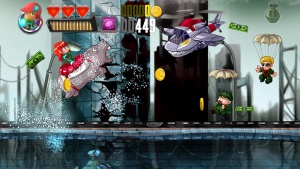 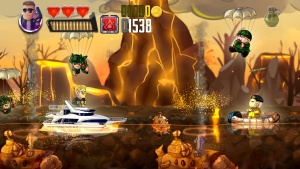