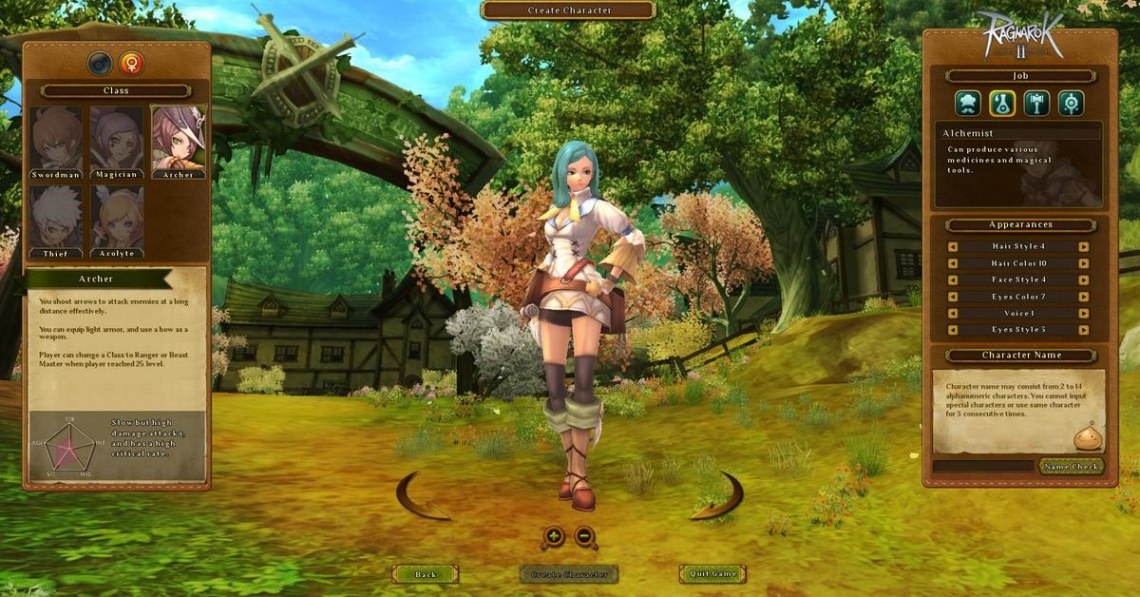 multiplayer
rpg
Release: 2013
Freyja was once a beautiful and merciful goddess who loved life.

But she transformed into a goddess of destruction setting revenge on her husband Odin’s betrayal, eventually banishing her from the God's realm, Asgard. She now is on a mission to destroy everything Odin created, including Midgard.

The day of Freyja’s ultimate revenge is known as the “Day of Despair.’ Freyja and her 12 Valkyries started a cataclysm of Water and Fire, destroying the world. In the last days before the Midgard continent was destroyed, brave young heroes stood up to save the world.

Among the heroes was the reincarnation of Baldur, a youth named Chaos. Chaos gathered allies through various adventures, and with their help, succeeded in locking up Goddess Freyja into the otherworld, Vanaheim.

King Pior rule was not to last as he was soon dethroned by riotous refugees agitated by the kingdom’s economic affairs, abolishing traditional monarchy and establishing the Republic of Midgarts, under President Witold Schurt’s rule.

War returned to the Republic of Midgarts, as a newly (re-)discovered continent from the lament of Ymir, called the Svartalf continent. The Republic of Midgarts lost their independence as a result and became a vassal state of the Svartalf continent. Twenty years later, an independence movement of the Midgard continent, led by Ignatz Geoborg (herein forth Ignatz), known as the descendant of the Tristan royal family, claimed his legitimacy and succeeded in gathering the popular support from the Midgard continent, led them to independence, and constructed a new Rune-Midgarts Kingdom. A long time passed before the world restored to peace, and the Day of Despair and Freyja became legend.

Beyond Mt. Mjolnir, north of the capital of the Rune-Midgarts Kingdom, Prontera, was the establishment of the Ashkaron Empire. Siegfried, the descendent of Sage Sigmund, founded the magical city of Geffen, in the ancient Rune-Midgarts Kingdom but was banished for a slander setup from opposing magic scholars. Lord Siegfried was interested in science more than magic, yet he wanted to obtain magical powers rather than believe in natural forces. Many citizens and scientists that praised then-Lord Siegfried's leadership and influence followed him to a new continent after a long voyage.

They soon came across Saryong Jormungand's brother, Heilong Ashkaron, who lived there. Siegfried used the Holy Balmung which had been handed down for generations, to defeat Ashkaron and establish the Ashkaron Empire. But Ashkaron casted a curse of drought throughout the continent before he died. Only Lord Siegfried’s research keeps Siegfried and his followers alive.

Their interest in science led to a rapid growth in civilization and the Ashkaron Empire soon became the strongest among all the continents.

One day, on the outskirts of the empire, a Dimensional Crevice appeared. The crevice grew as large as the main castle in the Empire, allowing numerous demons to crawl out and fought a brutal war against Ashkaron.

The strongest of the twelve Valkyrie, Valkyrie Reginleif, was sealed in Vanaheim with Freyja, but not before his appearance led to the fall of the Ashkaron Empire. Demons rampage throughout the Ashkaron continent now, but there were still a few survivors.

The fall of the Askaron Empire led to great turmoil to the nearby Rune-Midgarts Kingdom. After great effort, the Kingdom's magicians were able to seal it. The Kingdom decided to create a special investigation team to further investigate.

On a rainy day, Priest Edwin found of the Prontera Cathedral came upon a cave to avoid the rain and found a pregnant woman there. The woman was already a cold corpse when found but Edwin found a small baby breathing in her bosom. Edwin thanked for the gods for their grace and adopted and raised the baby himself, naming her Aione.

High Knight Zeras Hypherion of the Prontera Kingdom led his men to attack the Freyjanity base in order to retrieve kidnapped children. The laboratory was filled with unknown experimental tools that were used on the children. The kidnapped children safely returned home from Zeras Hyperion's active rescue mission. High Knight Zeras Hyperion that launched the attack on the bio laboratory later became the Knight Leader of the Prontera Knightage.

King Reinhard went out to Mt. Mjolnir with his knights including the royal knight leader in order to watch the movements of the demons beyond the mountain but he suddenly disappeared. King Reinhard was carrying the Holy Sword Jormungand that was handed down through generations of the Geoborg family.

That is why the disappearance of the king and the royal family's heirloom caused a ripple effect throughout the whole kingdom. Queen Kamil, who had the right to crown the next king, tried to calm the public by crowning King Reinhard's brother, Eckhard Geoborg as king.

Eckhard Geoborg was successful in stabilizing the royal family and settling the public by his forces and Queen Kamil's excellent political influence and mental support to Eckhard. Not long after Eckhard Geoborg was crowned king, Sir Kurk Graham, the royal guard leader during King Reinhard's reign, committed suicide.

Soon, word spread that Kurk Graham was behind the king's disappearance and that he killed the king himself.

A new religious group called the Freyjanity emerged from the rubble as descendants of the Church-Nation Arunafeltz, who praised the Goddess Freyja and waiting for her return.

Rumors swelled of this suspicious group and their fanaticism but the Kingdom felt they were not a militant group. Reports noticed a surge in Dimensional Cracks, smaller area where strange energies and creatures entered into Midgard.

While not as big as the Crevice, the Kingdom had no other choice but to post recruitment notices all over Midgard to take care of the strange new presence. Adventurers from all over the land began to gather in Prontera, developing skills and building motivation to keep Midgard safe from this new harm.
Read Full Description
Save & Play Game Later
Images & Video 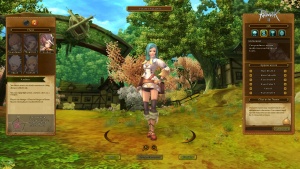 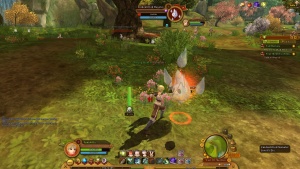