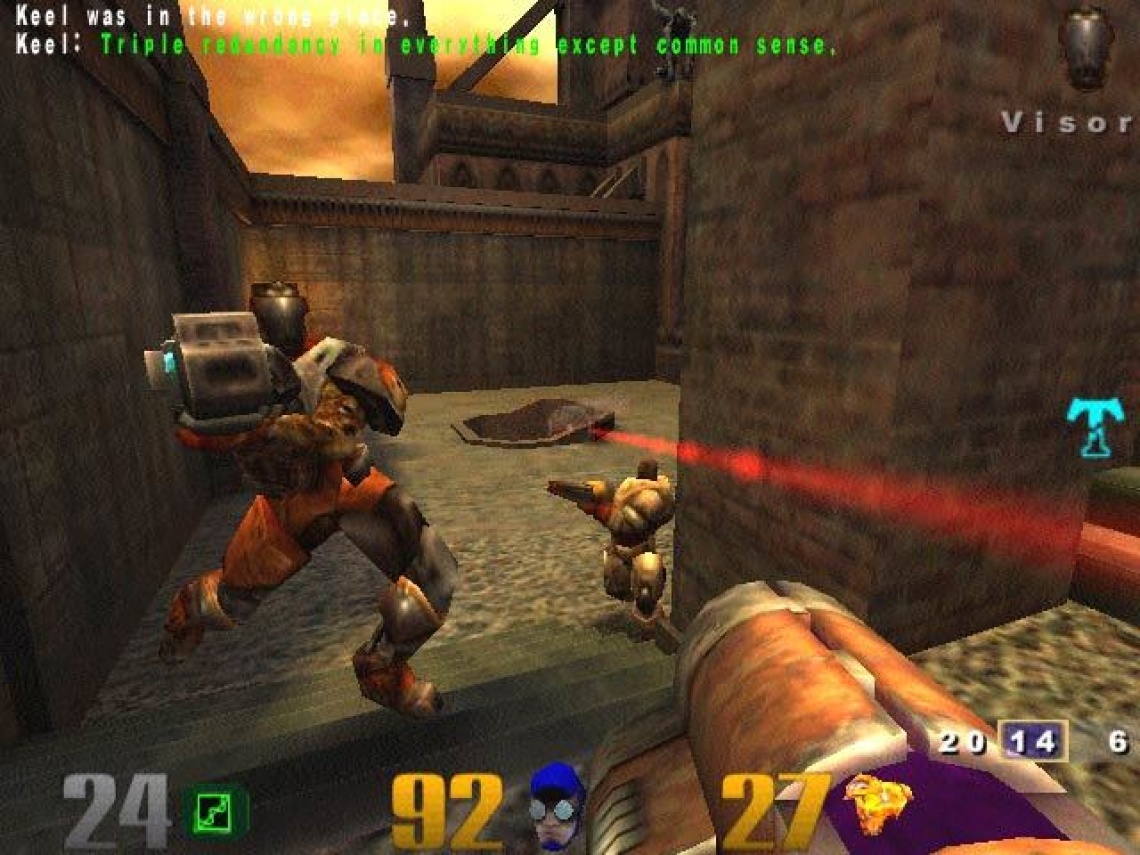 action
fps
shooter
Release: 1999
Unlike its predecessors, Quake III Arena does not have a plot-based single-player campaign. Instead, it simulates the multiplayer experience with computer-controlled players known as bots. The game's story is brief - 'the greatest warriors of all time fight for the amusement of a race called the Vadrigar in the Arena Eternal.' The introduction video shows the abduction of such a warrior, Sarge, while making a last stand. Continuity with prior games in the Quake series and even Doom is maintained by the inclusion of player models and biographical information. A familiar mixture of gothic and technological map architecture as well as specific equipment is included, such as the Quad Damage power-up, the infamous rocket launcher, and the BFG super-weapon.
In Quake III Arena, the player progresses through tiers of maps, combating different bot characters that increase in difficulty, from Crash (at Tier 0) to Xaero (at Tier 7).[1] As the game progresses, the fights take place in more complex arenas and against tougher opponents. While deathmatch maps are designed for up to 16 players, tournament maps are designed for duels between 2 players and in the single-player game could be considered 'boss battles'.
The weapons are balanced by role, with each weapon having advantages in certain situations, such as the railgun at long-range and the lightning gun at close quarters. The BFG super-weapon is an exception to this; compared to other similarly named weapons in the Doom/Quake series, Quake III Arena's incarnation of this weapon is basically a fast-firing rocket launcher and it is found in hard-to-reach locations. Weapons appear as level items, spawning at regular intervals in set locations on the map. If a player dies, all of their weapons are lost and they receive the spawn weapons for the current map, usually the gauntlet and machine gun. Players also drop the weapon they were using when killed, which other players can then pick up.
Quake III Arena comes with several gameplay modes; Free for All (FFA), a classic deathmatch, where each player competes against the rest for the highest score, Team Deathmatch (TDM), where usually two teams of four compete for the highest team frag total, Tournament (1v1), a deathmatch between two players, usually ending after a set time, and Capture the Flag, which is played on symmetrical maps where teams have to recover the enemy flag from the opponents' base while retaining their own.
Quake III Arena was specifically designed for multiplayer. The game allows players whose computers are connected by a network or to the internet, to play against each other in real time, and incorporates a handicap system. It employs a client–server model, requiring all players' clients to connect to a server. Quake III Arena's focus on multiplayer gameplay spawned a lively community, similar to QuakeWorld, that is active to this day. 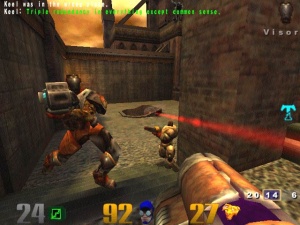 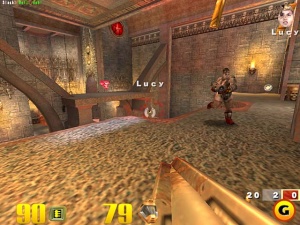 Warscrap.io
Recommended for you
Browse Games