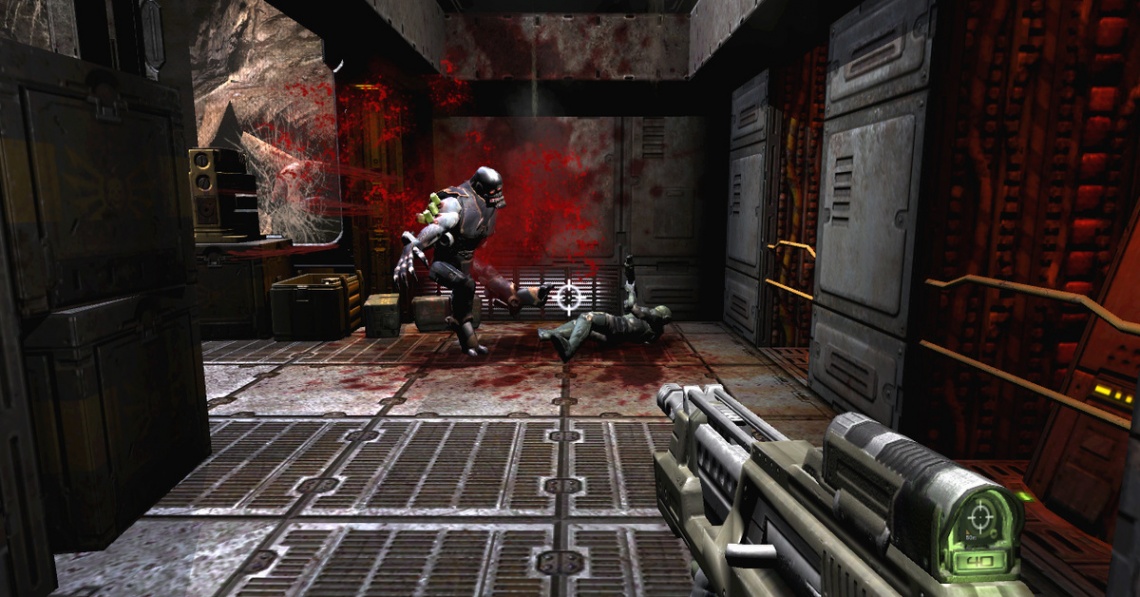 action
fps
shooter
Release: 2005
Quake 4 is a military science fiction first-person shooter video game, the fourth title in the Quake series.
Multiplayer modes are Deathmatch, Team Deathmatch, Tourney, Capture the Flag, Arena CTF and DeadZone. Players at QuakeCon reported the multiplayer gameplay to include elements similar to those in previous Quake games such as Strafe-jumping or Rocket jumping. Notable new additions to play are the ability to send shots through the teleporters and the advancement of the game physics provided by the new technology including the ability to bounce grenades and napalm fire off of jump-pads.
Like the previous Quake games the multiplayer has a client-server architecture. The network code has been altered from Doom 3, allowing for larger numbers of players on each server (Doom 3 has a four player restriction, whereas Quake 4 has a standard 16 player limit).
One of the changes to the network code is a move from the per-polygon hit detection system used in Doom 3 back to using a hitbox system like most other online first-person shooters such as other Quake games and Half-Life. In the 1.4.x point release, these "axis aligned bounding boxes" were replaced with axis aligned octagonal "cylinder", to make the hit-boxes more representative of the model shape. 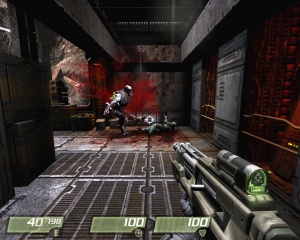 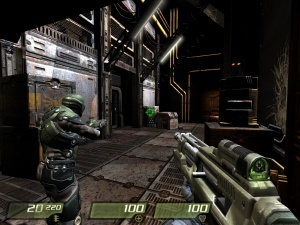