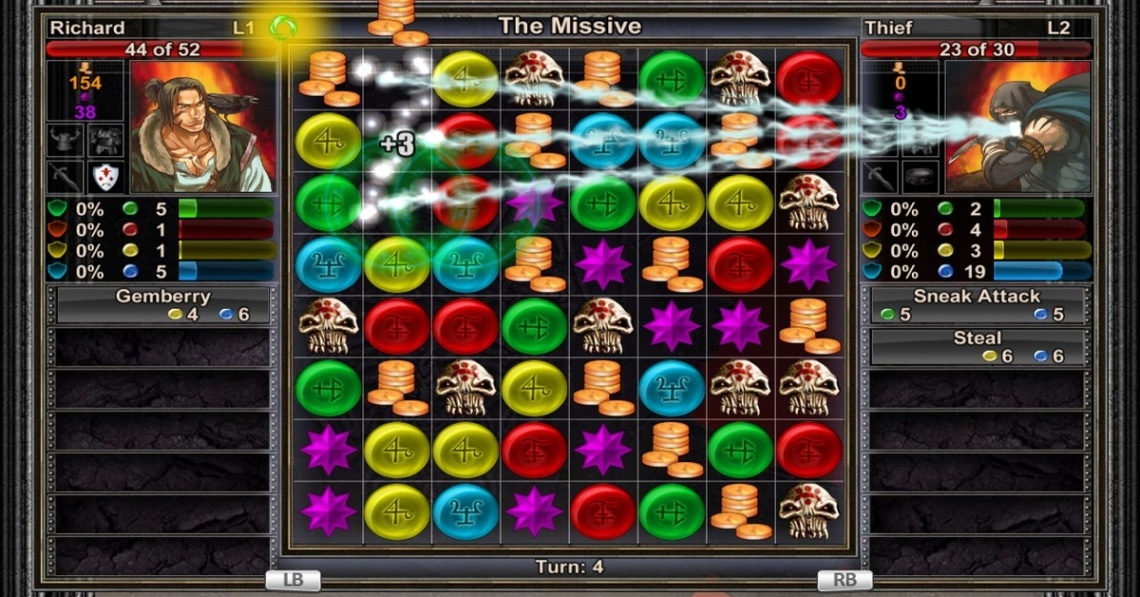 PuzzleQuest: Challenge of the Warlords

casual
indie
multiplayer
puzzle
rpg
single player
Release: 2007
The story of Puzzle Quest is based in the Warlords game universe. Players assume the role of a character with various statistics such as combat ability, morale, and magical affinity. A character's predisposition toward individual attributes and spells is determined by the selection of one of four professions at the start of the game. During play, the player takes on quests as part of the main storyline, as well as accepting side quests in order to gain items, experience and gold. Gold can be used to buy equipment that offers bonuses in combat, or it can be used to build up a citadel that unlocks additional content and customization for the character.
The game uses a simple map, and as players accept quests, new towns, cities, and other points of interest appear as available destinations. Each location is connected together by roads, and foes periodically appear between locations, blocking movement until they are defeated. Key quest locations are also marked on the map, and completing quests typically involves visiting such locations in order to defeat one or more opponents in one-on-one battles.
Read Full Description
Save & Play Game Later
Images & Video 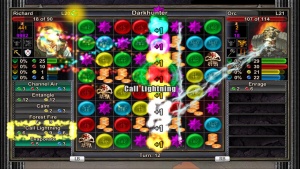 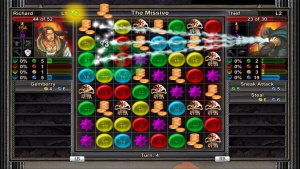