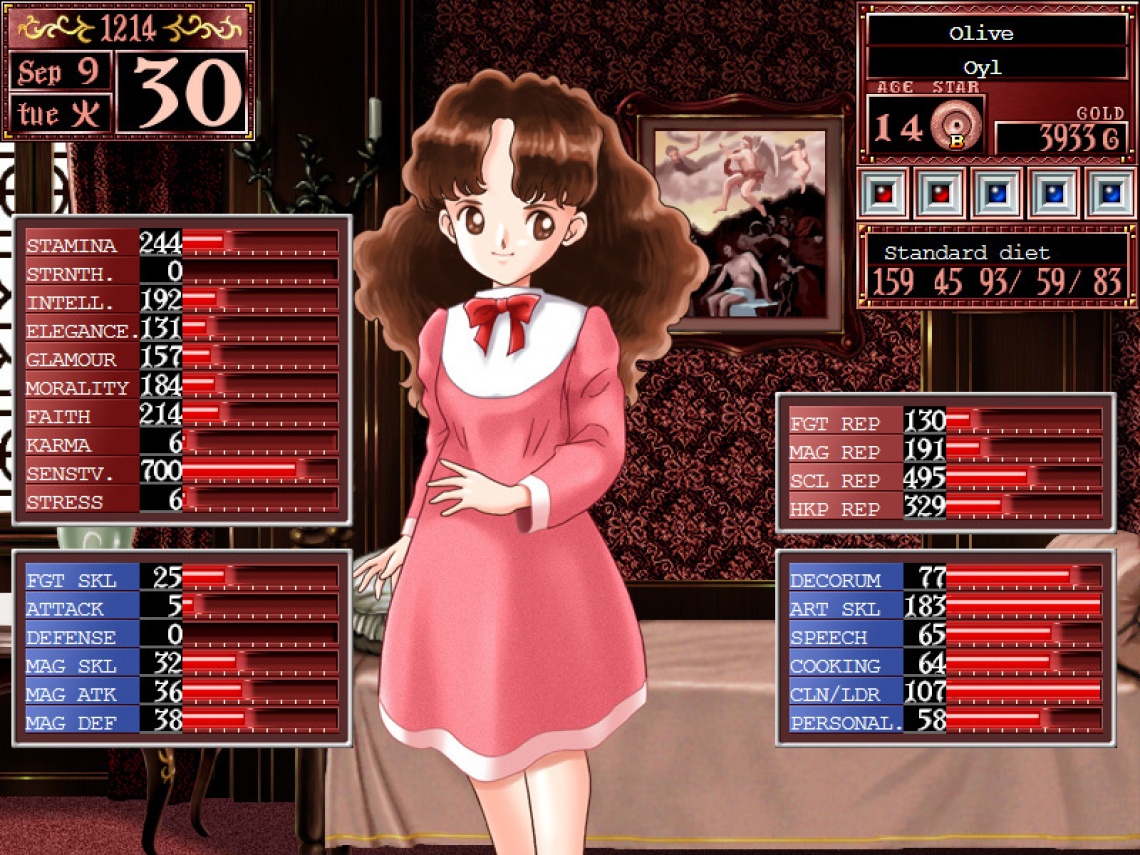 rpg
simulation
single player
Release: 1993
The game takes place in a fantasy world roughly modelled after medieval Europe. The starting year is given as 1210 K.D. The player's character is a famous warrior who defended the kingdom from an invasion by Lucifon, the Prince of Darkness (a corruption of Lucifer); consequently, he is known throughout the land as a military hero and receives an annual salary from the palace. One night, he receives a communication from a god whose identity is determined by the birthdate you select at the beginning of the game. This god bestows upon you a child of the heavens, and it is your duty to raise her from the age of 10 to the age of 18, at which point she will enter a line of work; the most desirable outcome is that of a royal princess, hence the name of the game.

This article uses material from the Wikipedia article Princess Maker 2, https://en.wikipedia.org/wiki/Princess_Maker_2 which is released under the Creative Commons Attribution-Share-Alike License 3.0, https://creativecommons.org/licenses/by-sa/3.0/.
Read Full Description
Get This Game 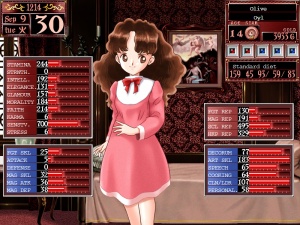 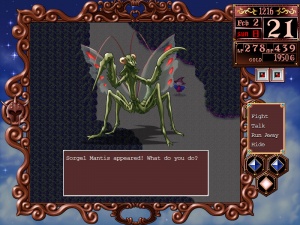