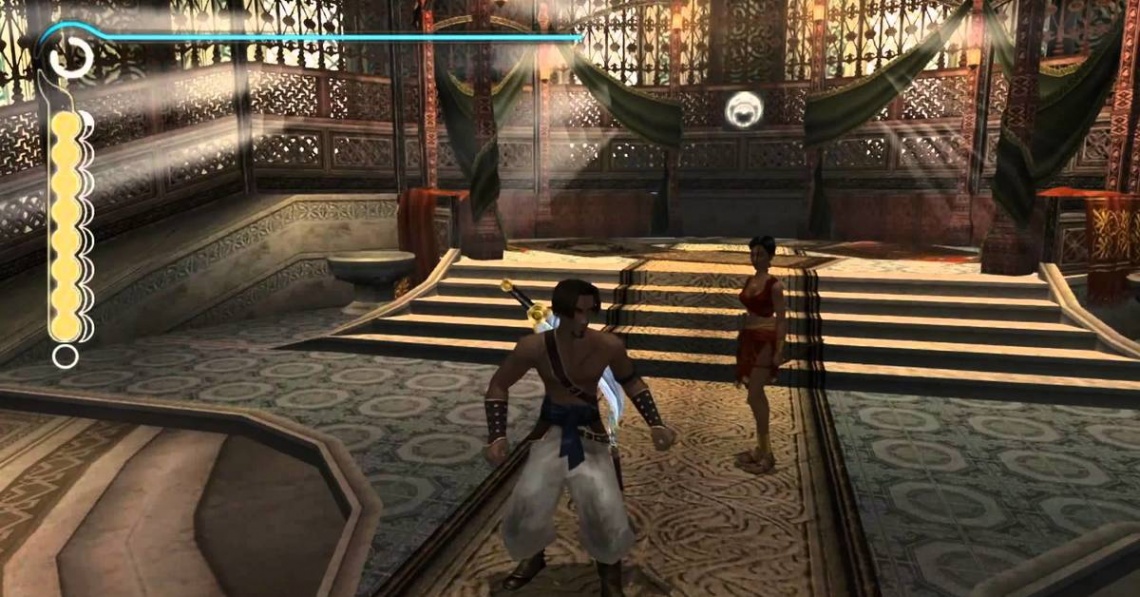 Prince of Persia: The Sands of Time

action
adventure
classic
fantasy
hack and slash
platform
single player
parkour
Release: 2003
Prince of Persia: The Sands of Time is an action-adventure puzzle-platformer. The player controls the main protagonist, an unnamed Prince from a kingdom in Persia. Environments are seen through a controllable third-person view. The camera's view changes to different positions triggered by entering certain areas or performing actions. The Prince can be moved in all directions, and he is able to manipulate large objects such as blocks and levers connected to mechanisms. His health and power metre are represented in the top left-hand corner of the screen. The Prince restores health by drinking water from pools and fountains. Collecting Sands increases the Prince's power, and drinking from hidden magic fountains increases the Prince's maximum health. During several points in the game, the Prince is assisted by his companion Farah, who fires a bow at enemies, though her arrows can also hit the Prince if he strays into her line of fire. Monsters will attack her, and if she is killed, the game ends.
During exploration, the Prince navigates areas filled with traps: these traps include spike pits, arrow traps, wall-mounted blades and saws, and spinning spiked stakes. The Prince's main contextual move is wall-running, an action where he runs up onto and along a wall for a set distance, either to land on or jump off to a platform. The Prince's other acrobatic abilities include climbing along and across ledges, walking along beams, swinging on and jumping from poles, jumping onto and between pillars, and swinging on ropes. Large environmental puzzles are encountered during the Prince's journey, extending across multiple areas in large rooms. Many puzzles are cooperative, requiring Farah's help to complete them. In combat, the Prince fights monsters created by the Sands infecting the Palace's inhabitants. A single command contextually triggered different moves depending on position and directional movement, while other special moves such as a somersault attack and bouncing off walls into enemies require additional commands. Enemies can only be killed by stabbing them with the Dagger of Time, which gathers up the Sands inside them.
The Sands the Prince collects from enemies and the environment are tied to his magical abilities, themselves connected with the Dagger. The most basic power is Rewind, the ability for the Prince to rewind time by up to ten seconds if he makes a mistake in platforming or dies. In combat, the Prince can also slow time immediately around him, freeze time for a single enemy, and freeze time completely so the Prince can attack his enemies at great speed while they are unable to move. Each use of power uses up one Sand Tank, and when empty, all powers become inaccessible until more Sand is collected. More powerful abilities, such as freezing time, are powered by Power Tanks. Increasing their number unlocks new Sand-based powers. Starting out with a small amount of Sand available to him, its capacity can be increased by collecting Sand from enemies, along with Sand Clouds scattered around the palace. Large columns of Sand within the Palace grant visions of future areas and act as save points.
The Game Boy Advance version shares basic elements with its console counterparts. Displayed from a side-scrolling view, the Prince navigates the palace of Azad using his acrobatic skills. The Rewind ability is still present to save the Prince's life, and is also involved in solving some puzzles and fighting bosses. New moves and abilities are gained by the Prince by performing moves and solving puzzles. Farah is featured as a second playable character in some sections, with switching between the two being key to some puzzles. The mobile version is similarly a side-scroller, featuring simple puzzles and traps. The powers linked to the Sands are absent, but enemies must still be killed by stabbing them with the Dagger. There are three enemy types: archers, flying enemies, and foot soldiers.


This article uses material from the Wikipedia article Prince of Persia: The Sands of Time, https://en.wikipedia.org/wiki/Prince_of_Persia:_The_Sands_of_Time, which is released under the Creative Commons Attribution-Share-Alike License 3.0, https://creativecommons.org/licenses/by-sa/3.0/.
Read Full Description
Get This Game 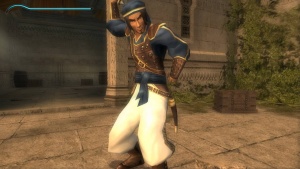 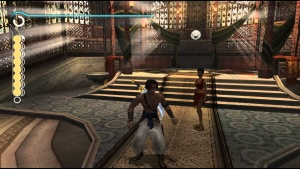