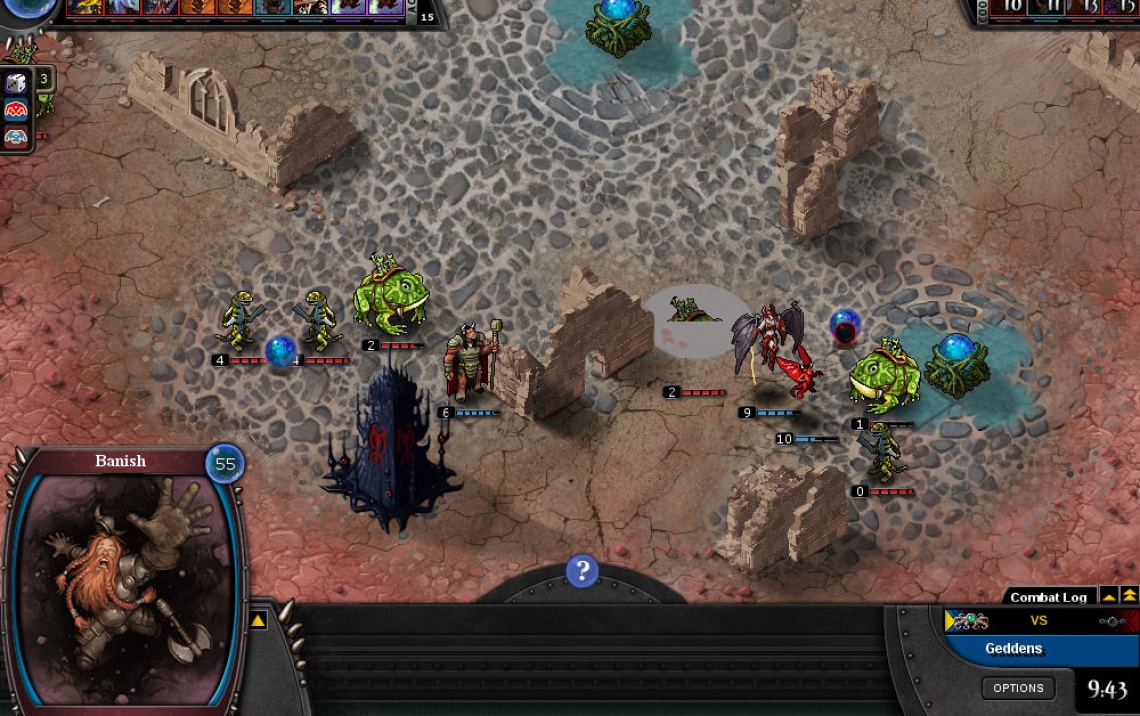 card game
multiplayer
strategy
Release: 2006
Players build decks, called "Battle-groups", on PoxNora's website. A Battlegroup consists of thirty runes in any combination of spells, relics, equipment and champions. The game is launched via Java Web Start and players enter one of four game lobbies where they can chat or enter games. A fifth game lobby is reserved solely for trading discussion. Games consist of two players, though matches against AI "bots" are possible now with the release of single-player campaigns, first introduced in the "Path to Conquest" Expansion.
Each player's Battlegroup is shuffled (like a deck of cards) and (in standard settings) players reveal two runes per turn (except the first turn, when four are revealed and the second player's first turn, in which five runes are revealed). The game is played on one of 8 different square, "tiled" maps with various obstacles, fonts, and a Shrine representing each player. The first to destroy their opponent's Shrine wins.
Players accumulate Nora (magical energy) each turn and can use it to cast spells, deploy champions, place relics, or use equipment. When a champion rune is played, it appears on the game map and can be moved around, just like any other tactical roleplaying game. Champion movement is limited by their Action Points (AP), which they regenerate at the start of the player's turn. Champions gain Champion Points (CP) as they participate in battles. Players can spend CP to improve or add to their champion's abilities. Tokens can be used to increase the CP of a champion by 25, 50, 100, or 200, depending on which token is used. Tokens are obtained through purchasing traditional booster packs or separate token packs. Tokens can be traded with other players for alternative tokens or runes.
The game can be played free. Originally, to be able to upgrade runes, or to trade for other runes, it was necessary to purchase runes. A player reward system with "gold" that can be earned in-game now allows access to all aspects of the game with no cash transactions, though some runes are unavailable for gold and must be traded for. Every booster pack has a set number of rarity slots. The premium subscription gives access to Premium Campaigns, store discounts, the possibility of being allowed the privilege of beta testing upcoming expansion runes, the ability to convert runes from "crafting recipes", and an added option to obtain a few "Limited Edition" runes that would otherwise not appear with the individually purchased packs.
Players trade runes to obtain better runes or to make a better deck. There are several "rune shops" in the Trader forum that can give players a good idea of what their runes are worth.
Two versus two was recently added to PoxNora. In this mode each person uses a whole 30 rune Battlegroup, uses their own nora, and generates the same nora as their teammate (ability and spell based nora gains are not added to both players banks, only the owner.) In casual play players battlegroups must be either Full-Faction (30 runes of the same faction) or Split-Faction.
Likewise, Theme Decks were also implemented recently. Players can purchase a pre-made deck from each faction and choose to only battle opponents using Theme Decks. 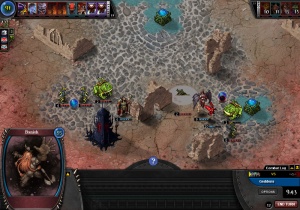 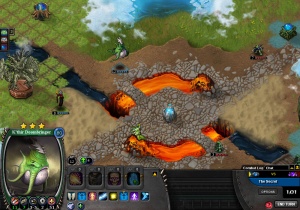