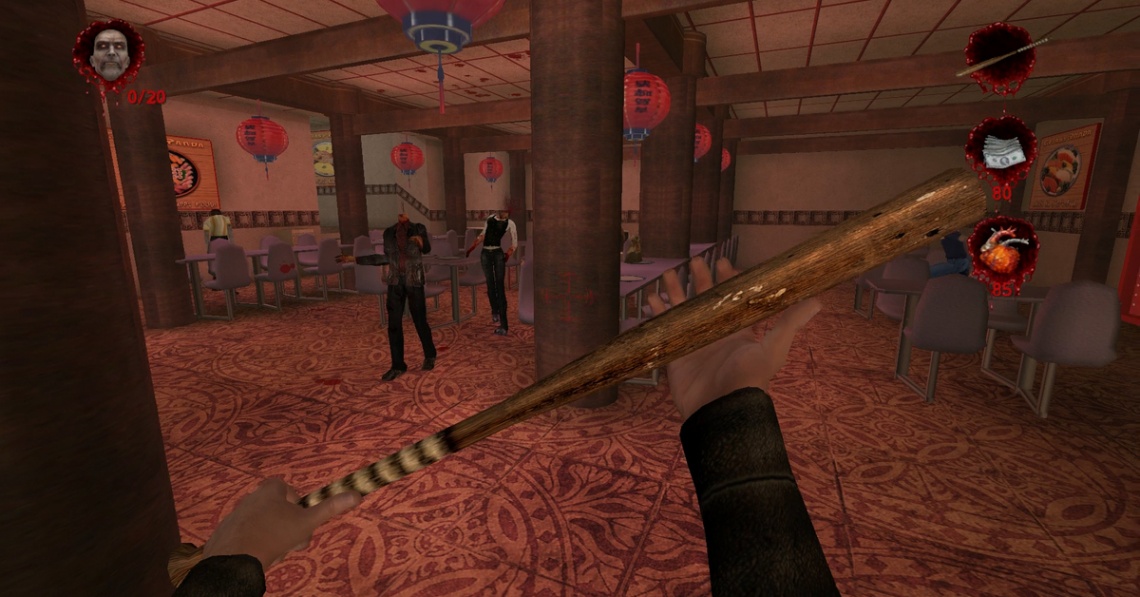 action
adventure
fps
open world
Release: 2003
One of the major concepts of Postal 2 is that it is meant to be a "living world", a simulation of a tongue-in-cheek off-kilter town. Game characters live out their lives completely separate from the actions of Dude; walking around town, buying and selling merchandise, and even engaging in random shootouts with each other and the police.
The town features many cars but they are all "useless exploding props", according to Dude, and cannot be driven, although they can be blown up and sent flying into the air. In addition to cats and dogs, other animals present are elephants; these animals can be shot or set on fire—or simply annoyed by the player walking into them—causing them to trumpet with rage and attack anyone within stomping distance. A bizarre feature is the ability to pick up cats as an inventory item. When used, Postal Dude shoves the barrel of the currently equipped firearm into the cat's anus (cats can only be used while equipped with a shotgun or assault rifle) as a 'silencer'. Every time a shot is fired, the cat meows in apparent agony, and the gunshot is muffled. After nine shots the cat has run out of lives and it will fly from the end of the weapon. Most dogs have the ability to befriend the Dude if he feeds them a continual supply of dog biscuits or feeds them any other food (pizza, donuts, fast food). Once a canine's loyalty has been earned, the dog will attack anyone who attacks the Dude, or alternatively, anyone whom the Dude attacks. Dogs will also chase and kill cats, and play fetch with the Dude's inventory items and severed heads. There were also going to be cows included in the game, but they were left unprogrammed. They did appear in Apocalypse Weekend and the A Week in Paradise modification.
The game also features a cameo by Gary Coleman, acting as himself, who appears early on as the objective of one of the game's tasks (travel to the local shopping mall to get Gary's autograph). The player can choose to fight and kill Coleman or simply have the book signed peacefully (after enduring a long line-up). The Dude twice mistakes Coleman as having starred in What's Happening!! and The Facts of Life, when he actually starred in Diff'rent Strokes. Regardless of the Dude's actions, the police storm the building in an attempt to arrest Gary Coleman and a gunfight ensues which invariably results in Coleman's apparent demise, with or without the player's help. Later on in the game he can also be seen in the Police Station, when the player escapes from his cell he also frees everyone else—including Coleman, who can be seen running alongside Krotchy. Coleman apparently survives as he can be seen in the Apocalypse Weekend expansion, bandaged up in the hospital (various evil Gary Coleman clones also serve as recurring enemies during Postal Dude's constant hallucinations).


This article uses material from the Wikipedia article Postal 2, https://en.wikipedia.org/wiki/Postal_2, which is released under the Creative Commons Attribution-Share-Alike License 3.0, https://creativecommons.org/licenses/by-sa/3.0/.
Read Full Description
Get This Game 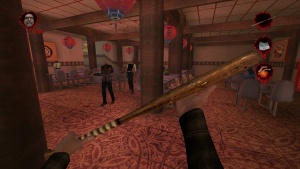 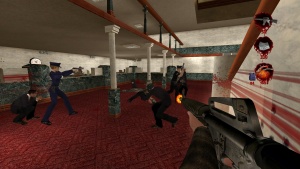