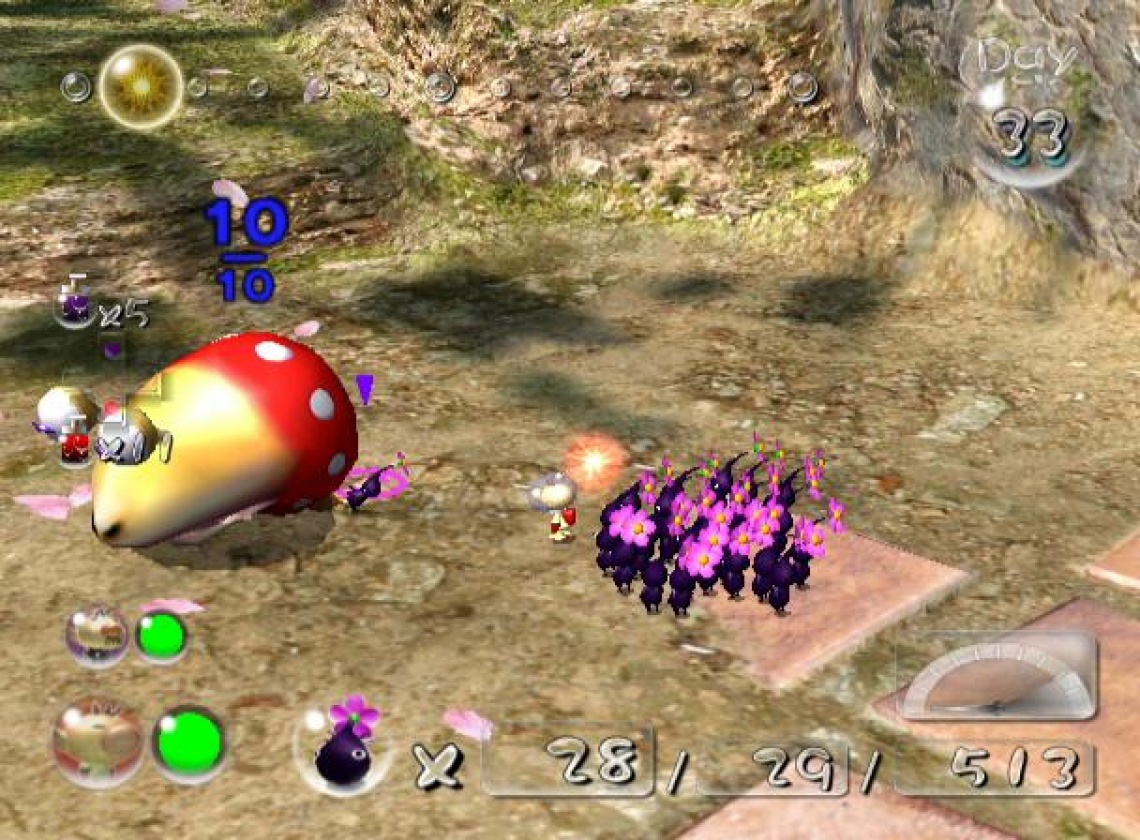 multiplayer
open world
puzzle
rts
single player
strategy
third person
Release: 2012
Pikmin 2 expands on the gameplay introduced in its predecessor, Pikmin. The player controls both Captain Olimar and Louie from a third-person microscopic perspective in a mission to retrieve treasures (which consist of human waste such as scrap metal and broken toys) from the surface of an unknown planet (called the "distant planet"). The gameplay focuses on leading and directing a horde of plant-like creatures called Pikmin to accomplish this mission. The Pikmin follow behind Olimar and/or Louie as they move around the field. The player can quickly throw individual Pikmin at enemies and obstacles, where they automatically engage in combat, destroy obstacles, or build bridges. The player can also direct the entire mob (or a subdivision) to swarm and attack enemies en masse. Because the player controls two leaders simultaneously, the player can have the leaders separate with their own Pikmin hordes and accomplish numerous tasks in the field at once. While the player can amass a limitless number of Pikmin, only up to 100 Pikmin are allowed on the game field at any time. 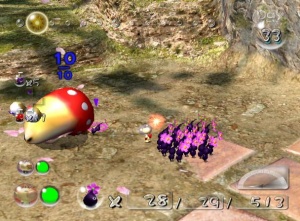 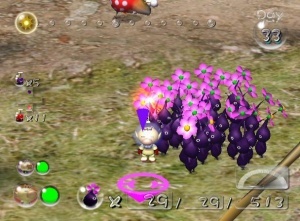