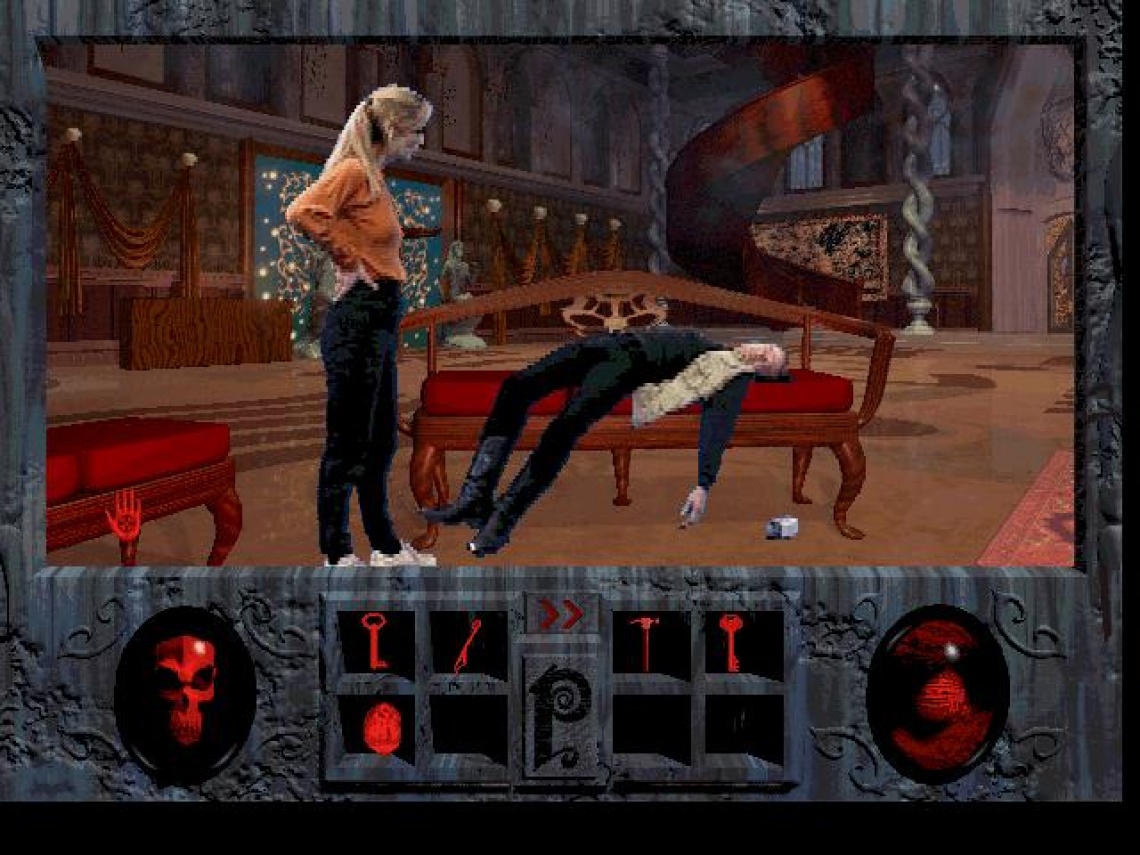 adventure
single player
strategy
Release: 1995
Phantasmagoria is a point-and-click adventure game that features live-action actors and cinematic footage, both during scenes between the gameplay and within the three-dimensional rendered environments of the game itself. The game was made when interactive movie games were at the peak of their popularity, with the release of such popular computer games as Wing Commander III and Under a Killing Moon. In this single-player game, the player controls protagonist Adrienne Delaney, who is always on the screen. The player can click certain areas of the screen to control her movements or make her explore specific places and objects. The camera angles and rooms change depending on where the player moves Adrienne. The game includes only four mouse commands: look (which changes to "talk to" when selecting a person), pick up item, use item, and walk. The mouse cursor is always an arrow, unlike in most earlier Sierra On-Line games, in which the cursor could be changed to represent different functions (like walk, hand, and eye) by right-clicking. The cursor turns red when it passes over an area where the user can click to perform an action. Once the action has been completed, the cursor will not turn red again. Objects in the game can be picked up by clicking on them or interacting with them in a film sequence, after which the item automatically goes into the inventory. If an object is small enough that it can be easily missed, a pulsing glow occasionally surrounds it to draw attention to it.

The user interface is a screen surrounded by a stone border, with buttons and eight inventory slots along the bottom. Adrienne can only hold eight items at once, and each black slot can contain an image of an item that the user can click on to retrieve or use within the game. In the middle of the inventory slots is a "P" button that brings up an options screen, allowing the player to save or restore games, change the game screen to full- or half-size, control the volume, or switch between a censored version of the game and uncensored one, with more graphic content. A chapter gauge on this screen conveys how much progress remains in a given chapter. A fast-forward button, located above the options button, allows the user to skip past cinematic scenes. On the left side of the interface is a red skull button, which the user can click to receive hints. On the right side is a red button with a picture of a closed eye, which displays any inventory item that the user drags to the button. The display shows a close-up image that can be turned in multiple directions.

Game designer Roberta Williams, co-founder of Sierra On-Line, deliberately made the Phantasmagoria gameplay and interface simple, unobtrusive, and intuitive so it would be more accessible and less frustrating for casual gamers.[5][9] According to Arinn Dembo from Computer Gaming World, the game is focused more around the story and the frightening atmosphere, rather than on a difficult gaming experience, and therefore the puzzles are relatively easy, logical, and straightforward. 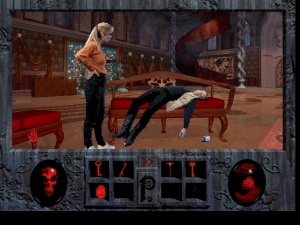 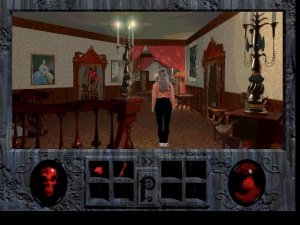